Ten Suggestions for Tearing Down Statues and Monuments

MANASSAS VA: The violent Left is raging and has turned into a massive mob hell-bent on destroying anything it disagrees with. This all started following the despicable death-by-cop of George Floyd in Minneapolis. If it were about political reforms, it would have been a good time to sit down and talk.

People in the left-wing Marxist-inspired Black Lives Matter movement might have asked for a formal procedure to get rid of bad cops all over the country. After all, virtually the entire country was on their side after Floyd’s death. In return, black leaders might propose ways to reinstate the traditional black family so that young black children will have fathers.

This is the way it should work.

In the United States we don’t burn things down when we’re mad. We work within the system for change and we give and take.

It is apparent that police departments need reform in some ways. It is also apparent that black males who engage in crime and do not serve as fathers to their own children need reform as well. South Chicago is the best evidence of this – witness the gang violence and black-on-black crime that occurs there.

President Obama is from Chicago – and he was not able to fix it.

We need to talk about it – and about the holocaust of black babies that are aborted — but no one will. Too many people are like former Attorney General Eric Holder’s cowards – they won’t speak up. (That’s not what he meant, but the analogy works for me.)

President Trump, on the other hands, presided over an economy that lifted blacks and provided that community with its most positive employment situation ever. Eric Holder isn’t talking about that.

The BLM movement is not about talking. It’s about burning and destroying.

A line from the old Rev. Gary Davis song says:

If I had my way, I would tear this building down.

It’s a gospel song about Samson and Delilah, but it sure fits right now.

Black Lives Matter and the mobs that carry its signs have certainly had their way. They have toppled statues, burned restaurants and business, shattered store windows, looted, and even murdered people during these tumultuous times.

The political capital that Black Lives Matter had after the Floyd killing has been squandered.

Because of that, most conservatives – black and white – are seething. People are mad at the mob. They’re mad at law enforcement, governors, mayors, and members of Congress that have acted as cowards. People want to know why our “leaders” have not stopped the criminal activity? Why are they allowing the mob to continue to pillage? For goodness’ sake, this mob has killed people – and only a few thugs here and there have been arrested and charged.

Six blocks in downtown Seattle have been occupied and declared as a virtual country. Atlanta – the site of a killing by police that is very different from what happened in Minneapolis – is seeing policemen walk off the job leaving the city unprotected. 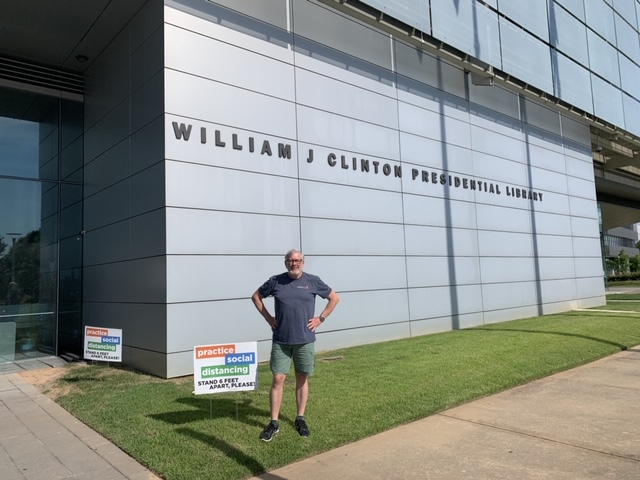 Lynn Woolley at the Clinton Library in Little Rock 6-15-20. (Photo by Julie Sullivan for WBDaily)

The mob is still on the warpath.

The BLM mob wants to get rid of brands like Mrs. Butterworth, Uncle Ben’s Rice, and Aunt Jemima Syrup. (Their kids may someday wonder why there are no black faces on brands. This is why.) They want to ban Hawaiian shirts. They want the Texas Rangers baseball team renamed. They want to tear down the Washington Monument.

That’s right. The Father of our Country is now politically incorrect. They desecrated the Lincoln Memorial too – and he’s the president that freed the slaves. We have truly descended into madness.

And it’s all allowed because our leaders have no backbones.

Tucker Carlson is right. Our leadership has melted in the face of the madding crowd. 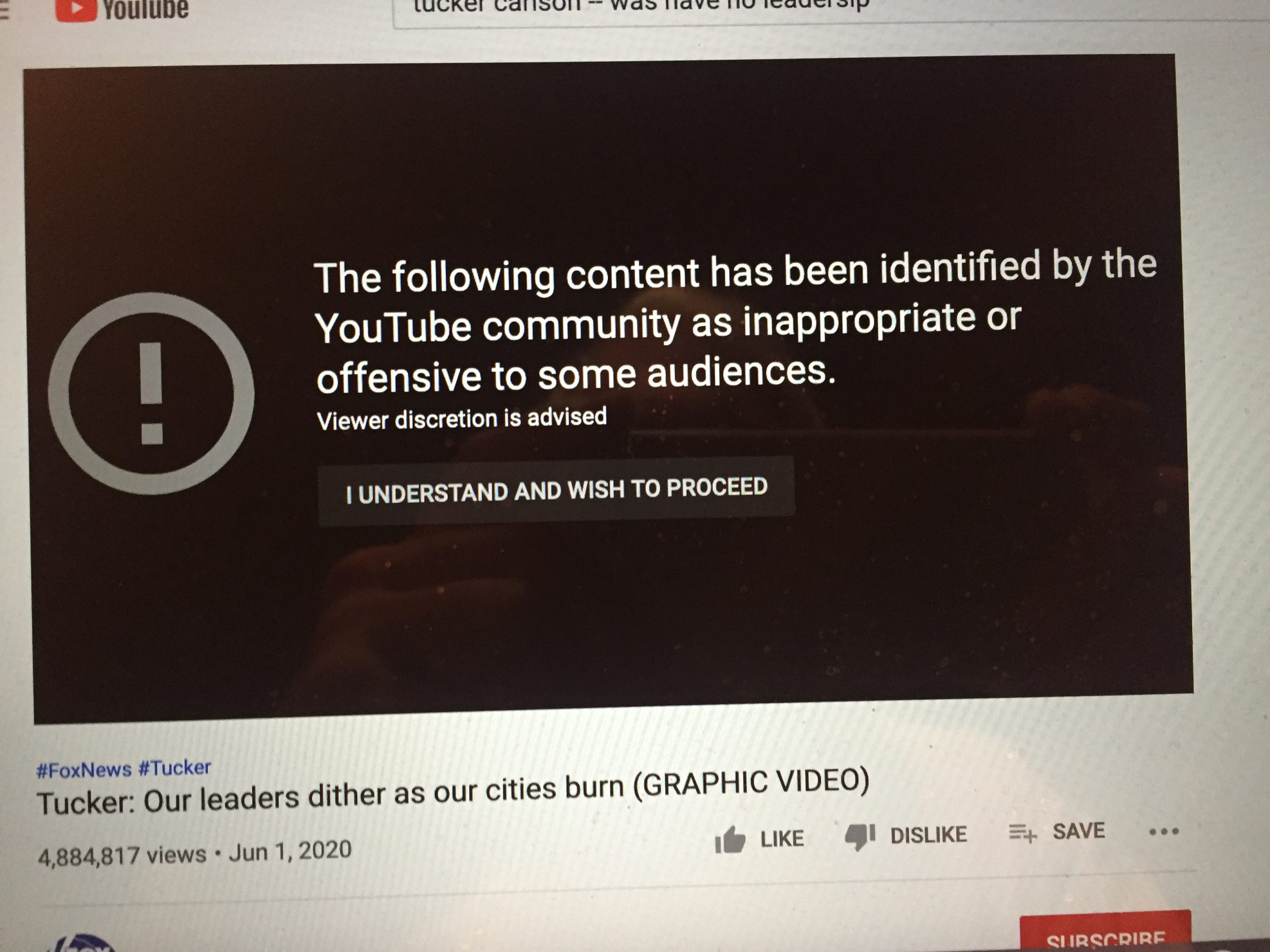 Video removed:  We embedded a video of Tucker Carlson that has now been removed. We found this video that carries a warning.  You Tube, owned by Google, is censoring conservatives.  Shame on them.  (Photo by Lynn Woolley for WBDaily)

Video:  You can agree to see the video and click on through.  Here it is.  At least they didn’t take it down completely.

Other than Donald Trump, few leaders have taken a stand.   They’ve let the mob burn down much of New York, Atlanta, Minneapolis, and many other urban centers. 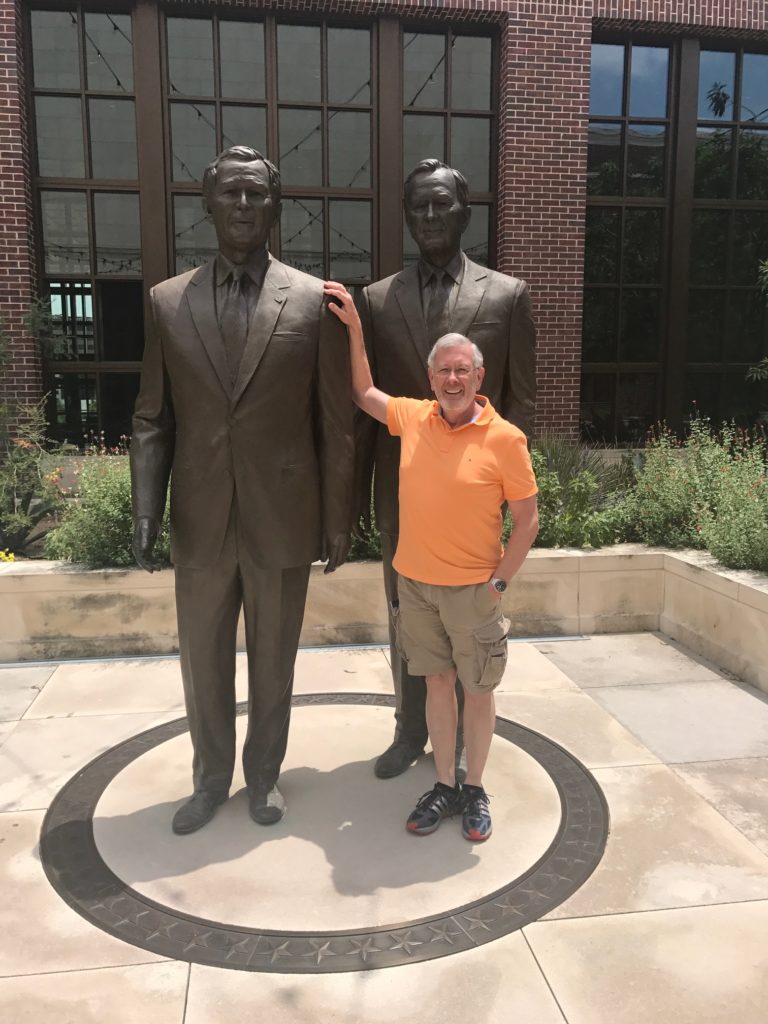 Lynn with the Bush statues at the George W. Bush Library at SMU 6-18-17. (Photo by Julie Sullivan for WBDaily)

We should work to defeat these spineless mollusks in both parties. On the other hand, if your local authorities prevent the mob from tearing down a statue – vote for them again.

In the spirit of tearing things down, here are some suggestions.

This is, of course, satire.

DISCLAIMER: I do not advocate the removal of these monuments. This is satire meant to show the lunacy of the current BLM mobs. A note to Facebook — satire is protected speech under the Constitution. 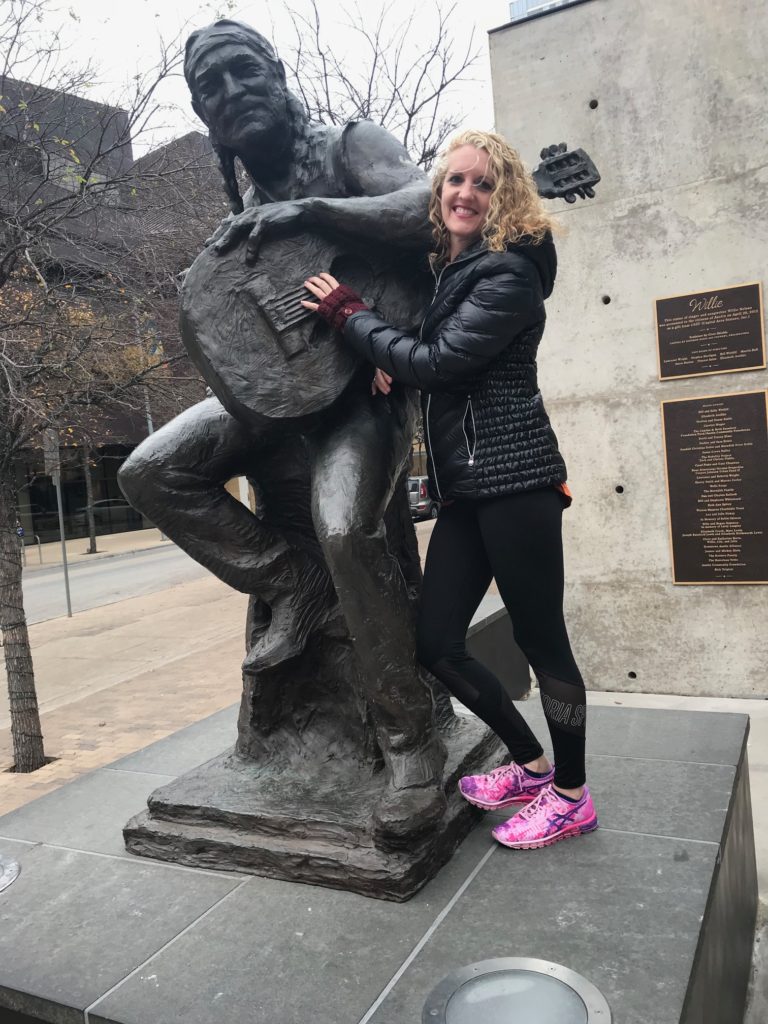 Julie with the Willie statue in Austin 12-28-17. (Photo by Lynn Woolley for WBDaily)

The bottom line comes down to two things.

First, the black community has a point that there are too many bad cops. It’s probably somewhere around one percent – but we need to address it.

Second, reform should take place with people of all sides sitting down together and working to make things better.

Black Lives Matter has made things worse. Much worse. Spineless politicians and woke companies that give in to their demands are asking for more rioting and more looting. In all likelihood, they will get precisely that.