A Random Samplings column is about stuff! Whatever tickles my fancy at the moment. So here we go…

I have a dream – about Democrats 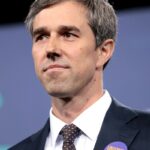 Beto O’Rourke in April 2019. (Photo by Gage Skidmore via Wikipedia)

I don’t dream about them at night, but I do wonder why Dems think the way they do. The daydream is, perhaps, a long shot, but here it is.

I hope for day when America has truly hit bottom based on Democratic policies, and the entire Party will wake up. In this dream, they finally realize that massive spending and open borders are disastrous.

They begin to see that if we fight a war with China, we’ll need strong, masculine men to fight it. They admit that people are individuals and not part of racial-identity groups.

They even have an epiphany about abortion, understanding that human life is sacred. And they stop carving up little children to rearrange their parts. You may think I’m a dreamer! But I’m not the only one.

Democrats talk about Our Democracy, but what about Our Humanity? 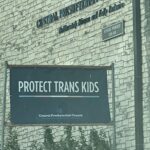 Fear is a tried and true method for vote-getting, and the Left is pretty good at it.

Look what happened on January 6, they told us. Those nasty Republicans are suppressing your vote. They’re trying to take a way a woman’s right to choose.

But think about that last one.

The whole pro-choice movement is based on euphemisms  because they cannot come out and say what it really means. If a baby in the womb is a human being, then killing it is inhumane. Even inhuman.

Conservatives who believe that life is sacred ought to stand up for it – and strongly. If Democrats carp on “Our Democracy,” then Republicans should rightly accuse them of taking away Our Humanity.

When in the course of Human Events… 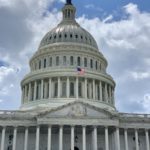 That line from the Declaration of Independence gives me hope for America’s future. Because what it’s saying is that sometimes, a free people must dissolve some political bonds and create new ones.

I don’t claim to know all the facts about January 6 as CNN does, but I know that elections are stolen and governments become tyrannical.

The Founders explained that, right at the beginning of the Declaration. In fact, it was a good insurrection that got the United States started in the first place.

I’m not condoning January 6.  But when the government gets too big, too powerful, too controlling – the People may decide to stand up for freedom.

Stand up for “Our Literature!” Buy this book now!