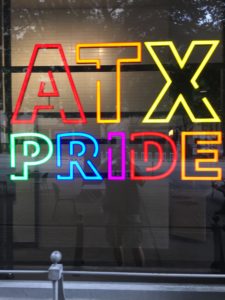 If you’re like me, you often wonder how goofy something on the left has to be in order for a significant number of Democrats to disavow it.

There are outliers like Joe Manchin, but most stuff Democrats worship as truth are worshiped by most Democrats.

So is there a place, hidden far from view, where some anointed one, perhaps even Barack Obama, makes up all the nonsense and sends it down from the mountaintop?

And then, once the word goes out, all Democrats automatically sign on.

If that’s not true, how do you explain religious-like fervor for abortion, climate change, mask mandates, and other things that logical people question?

And they call us mind-numbed robots!

“Reason to Believe” is the title of a great song written by the late Tim Hardin and recorded by Bobby Darin, Peter, Paul and Mary, Glen Campbell, the Carpenters, Rod Stewart, and others.

It’s the tale of an ex-lover who knows that if he listens to too many lies his reason will give in to emotion:

If I listened long enough to you,
I’d find a way to believe that it’s all true.
Knowing that you lied straight-faced while I cried.
Still I look to find a reason to believe.

Finding “a way” to believe something is not a problem for most members of the Democratic party. If someone else in their peer group believes it, then to be part of the peer group and in good standing, one must join in that belief.

Honestly, I can’t think of better way to describe it. Consider: 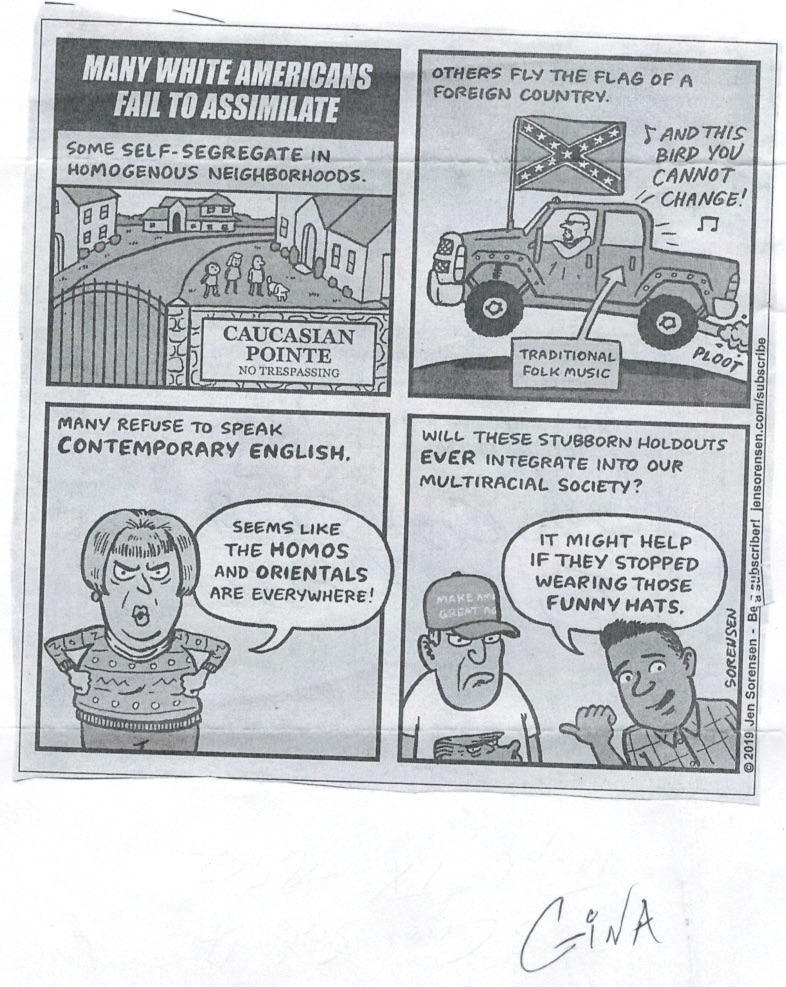 Look what showed up in the mail! Signed by “Gina” and about as wrong as wrong can be. (Scan by Lynn Woolley for WBDaily. Fair use, but I’ll gladly take it down if Jen asks.)

Democrats will believe anything.

They will if it’s sufficiently goofy, and especially if it’s un-American.

Note that hating America is the new “in” thing among the Left. But why would they all hate it at the same time? How did we get to the idea of reparations, the “1619 Project,” and the current frenzy over identity politics all at about the same time? You guessed it. Democrats believe it because other Democrats do.

Virtually all Democrats are for gun control. This is personified by Robert Francis O’Rourke, who is running for U.S. Senator, no wait – President of the United States, er, that is Texas Governor with his standard anti-2nd– Amendment baggage:

Beto believes that, I suppose, from the bottom of his heart. Or he believes it because he is a Democrat and he must believe it.

Likewise, those who vote for him will also believe in the “existential threat” of climate change, never asking: is it really going to help to spend trillions to change the temperature a tenth a degree?

They will also believe in all the current LGBTQ propaganda, never asking: is it scientifically possible to turn a man into a woman?

This issue is so silly that Ketanji Brown Jackson, in her successful Supreme Court hearing, refused to define the word “woman.” Why couldn’t she define it? Because virtually all Democrats believe that a man can now be woman simply by wishing it.

I’d been thinking about the Democratic Party as a cult when I heard a statement made by Rep. Madeleine Dean, D-Pa. This woman (whatever that means) was on MSNBC (where all the anchors and reporters have single Borg-like mind) saying the Republicans are a cult.

She said this is on a show called “Alex Witt Reports,” which has the same point of view as all other MSNBC shows.

“The Democrats stand for democracy, and we stand for doing things. Republicans have no agenda, they’re simply the mouths of a cult for the most part.”

She could be right. Who am I to say?

After all, a lot of us believe the same way. Most of us believe in the Founding Fathers, the Framers, the Constitution, gun rights, God, a person’s sex as immutable, the United States as exceptional, unborn babies as human beings, and traditional American values.

So what’s the difference? None of these things are goofy!

In modern English, a cult is a social group that is defined by its unusual religious, spiritual, or philosophical beliefs, or its common interest in a particular personality, object, or goal.

Here’s how Dictionary.com defines a cult:

A particular system of religious worship, especially with reference to its rites and ceremonies. An instance of great veneration of a person, ideal, or thing, especially as manifested by a body of admirers.

It’s all about personalities and bodies of admirers. Are Obama followers a cult? What about Trump followers?

Here’s the only way I know how to answer that: Obama followers seem to believe things because Obama believed them. It was during his administration that the current LGBTQ fad really got going. Obama was originally for the Defense of Marriage Act. When he changed, his followers changed with him.

On the other hand, Trump is petty and bombastic, but his ideas made America better.   Conservatives were willing to put up with the flaws in order to get the policies.

Trump may have cult-like followers, but after all, his policies restored American greatness.

What you have to believe to be a modern Democrat.

Your must believe in social justice (including all the BLM street violence), you must believe that George Floyd was murdered and is now a hero, you have to believe that America is a horrible country because of slavery, that we are all going to die from climate change unless we give up all modern conveniences, and that renewable energy can replace fossil fuels so that we can save the world (which is about 12 years from extinction).

You must buy into Joe Biden’s statements that inflation is not caused by government spending.

These are the things that Democrats believe. Dammit, their professors believe it and taught them to believe it. And the people who run Disney and Uber and lululemon, and Airbnb believe it, probably because Disney believes it and whoever runs Disney had college professors that believe it.

If you’re a Democrat, the orthodoxy is all that matters. You better believe it.

You should read it because everyone else is reading it!