The Wisdom, Virtues of our Founding Fathers: An Updated Look

Editor’s Note:  This article is part of a series written for The Epoch Times and its “American Promise” program.  This article was written on November 4, 2021.  Used by permission. 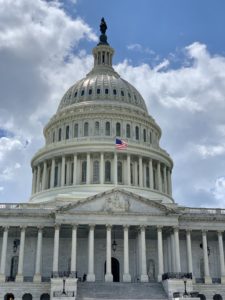 The relentless attack on American institutions and traditions seemingly has no limits such that even our Founding Fathers and our history are targets. Does it not seem that an effort is underway to de-construct life as we currently know it, in part, by purging or rewriting 300+ years of history?

American culture’s three core values are found in the opening lines of the Declaration of Independence. Equality is established in “that all men are created equal.” Freedom is called upon with all men being “endowed by their Creator with certain unalienable rights.” And self-government is secured as “governments are instituted among men, deriving their just powers from the consent of the governed.”

Those who founded our country were great thinkers on many levels. They understood the practicalities of organizing a government, but they also recognized human nature, its shortcomings and sought to create a societal structure that maximized freedom and self-governance while minimizing the threat of tyranny and other abuses of power.

It’s unparalleled that within the years long struggle to achieve recognition as a sovereign state, our Founding Fathers successfully established a timeless and universal framework that, though challenged, continues to well serve our nation today.

The American story has its blemishes, but our country’s ongoing commitment to equality, freedom and self-government is unique to the world. The bold nature of our Founders created an American ethos or character which is still seen today.

Life wasn’t easy in Revolutionary America and survival was contingent upon strong character. Our Founders had such strength as largely did their fellow countrymen. That strength was drawn from certain ideals and values such as freedom, individualism, pragmatism, volunteerism, mobility, patriotism, progress and what came to be known as the American Dream. It is reflective in today’s American culture through characteristics like independence, privacy, equality, timeliness, informality, achievement, directness and orientation to the future.

Per the Bill of Rights Institute, the foundations of the United States government were influenced by the concepts of liberty and equality as put forward by John Locke and others. This thinking contended that, by nature of their existence, human beings possess rights independent of any governing or societal power. To the Founding Fathers, upholding these rights was the key link for individuals having the freedom to direct their own lives. The maintenance of freedom and these rights was to come both through formal institutions of government and informal community traditions and institutions. It would require citizens to be vigilant plus stay informed so to ensure these institutions were directed towards their right ends.

The Founding Fathers believed a virtuous life was also foundational to effective self-governance and that it should be pursued not just in political life, but also in one’s economic and private social life. Virtues which influenced the Founding Fathers included civil discourse, contribution, courage, honor, humility, integrity, initiative, justice, moderation, perseverance, respect, responsibility, prudence, resourcefulness and vigilance. Ben Franklin, one of our more colorful Founding Fathers had his own list of virtues to which he aspired.

“I think it’s safe to say that the founding of the American Republic followed a pattern never before seen in human societies,” Dr. Allen Guelzo, Princeton University professor and acclaimed scholar of American history, said at The Heritage Foundation’s 2019 President’s Club Meeting.

He further discussed how our Constitution prohibited all titles of nobility and required virtually all of its offices to be matters of public election, rather than inheritance or class.

The Founding Fathers envisioned solving the problems of their day through voluntary associations that worked from the bottom up rather than through government from the top down. Guelzo warned, however, that “nature is not always kind or predictable, and neither has been the path of the Republic.”

“There has always been the temptation to slide back into the comfortable abyss of hierarchy, whether it be the racial hierarchy of slaveholders in the civil war era, or the newer hierarchies of bureaucracy and socialism,” he said, “But that temptation has always been resisted, and our task today is to resist it in its newer forms as well.”

“America’s founders recognized the crucial role that strong families and robust civil society play in the health of our nation,” Dr. Melissa Moschella, Associate Professor of Philosophy at The Catholic University of America, told the Heritage audience.

“And they understood that government needs to be limited to respect the authority of families and civic associations and religious institutions, to direct their own affairs without unnecessary government intrusion. They also recognize that a free society cannot thrive without virtuous citizens, and virtue is taught primarily and most effectively in the family and in partnership with communities of faith.”

Per Moschella, Alexis de Tocqueville realized how America had succeeded where other experiments in self-government had failed in large part due to strong families and the influence of religion, inculcating the qualities of character that are necessary for healthy civic life.

“Both of these pillars of our democracy are in some sense being threatened right now, and we need to work hard to reinvigorate them,” she warned.

“They (the Left) talked about concentrating all powers in the hands of the presidency, eliminating the separation of powers, which was claimed to be a relic, and putting more power in the hands of an administrative state run by what was called an order president, and who could have been more order president than our last president, who was so adept at that activity,” Dr. James Ceaser, another Heritage panelist and professor at the University of Virginia, added with regard to the Obama administration.

If the Founding Fathers were to update their message for today, might they once again caution Americans about not sliding into the seemingly comfortable abyss of a bureaucratic or socialistic hierarchy? Might they remind how strong families and a robust civil society are foundational for a healthy nation? Might they provide additional warning of dangerous power grabs that strengthen the influence of a single executive or the administrative state?

And might this updated message be all the important as these points reflect exactly what’s before us today? History vindicates the path we took to create a prosperous nation. So for those who want a different America, might getting rid of history make the most sense?

An assault on our history is about more than changing a narrative of alleged facts. Our Founders were profound in their thinking. The framework they laid out has well served the United States and, in many respects, made us the envy of the world. An assault on our history seeks to undermine the American self-government experience. It works to diminish our success as it falsely bolsters the more marginal performances of other countries.

Released in August 2019, The New York Times’ 1619 Project provides an important look at history “reimagined.” Writing in City Journal, Arthur Milikh described how for decades “much of academia, the liberal activist class, and the public school system have operated on the premise that America is fundamentally racist.”

Per the Project, “anti-black racism runs in the very DNA of this country” such that it “aims to reframe the country’s history” by proclaiming 1619—the year slavery was first introduced by the British to Virginia—the year of “our true founding.”

“To make America’s Founding contemptible, one must hide, ignore, and distort the Founders’ writings and thoughts,” Milikh wrote. “Irresponsibly omitted from this narrative is the fact that not a single major Founder endorsed slavery.”

Jonathan S. Tobin similarly found the 1619 Project problematic. “The Times project’s central proposition is that the arrival of the first African slaves on these shores in 1619 was the ‘true’ founding of the American republic,” Tobin writes in a New York Post column. “According to project director Nikole Hannah-Jones, the colonies launched the American Revolution in defense of slavery — a claim debunked by some of the nation’s most eminent historians, including many liberal scholars, not that Hannah-Jones and her editors had enough shame to forthrightly retract it.”

Tobin said the 1619 Project “mainstreamed the critical race theories and anti-American historical distortions that exploded in the 2020 riots.” He also noted a colleague’s suggestion that the summer 2020 violent unrest could be called the 1619 riots.

Per Tobin, school districts around the country have embraced 1619 as a curricular template for teaching U.S. history. With that, President Trump was right, he argues, “to establish a Commission that would counter the influence of a project designed to poison the minds of students.” In his zeal to reverse everything Trump did, however, President Biden officially cancelled the commission though it has informally reconvened and will continue its work.

Tobin issued this warning: “Long after the triumph of the civil-rights movement, the United States is far from perfect. But it isn’t the systematically racist country Hannah-Jones and left-wing Democrats claim it to be. Yet, with much of the country focused on other issues, the takeover of U.S. education by leftists pushing the 1619 agenda is halfway complete. It’s a reminder that small groups of ideologues with cultural cachet and institutional access can quickly remake the national landscape, over against mass opposition.”

Guelzo terms the 1619 Project as polemic, created by those whose primary target is capitalism itself, and who hoped to tarnish capitalism by associating it with slavery. He said it “gives an aggrieved audience a sense that finally it is in control, through its understanding of the real cause of its unhappiness.”

Citing specific examples from the project, he said it’s not history, that it’s conspiracy theory and ignorance. “It is evangelism, but evangelism for a gospel of disenchantment, whose ultimate purpose is the hollowing out of the meaning of freedom, so that every defense of freedom drops nervously from the hands of people who have been made too ashamed to defend it,” he concludes. “No nation can live without a history.”

Rewriting our history threatens memorialization of our Founding Fathers’ wisdom, of their profound vision and of the self-governing framework that has become the United States of America.

If the concept of limited government is purged, what protects or provides recourse for citizens from arbitrary power? And if the Constitution is wiped from historical memory, what of the rule of law, checks and balances, federalism and separation of powers? And if the Bill of Rights becomes one more “lost” document, what happens to our property rights or freedoms like religious, speech, press and assembly?

No nation can live without a history but living with an imaginary history threatens our remaining the Land of the Free and the Home of the Brave.