In today’s column, a few questions to make you think.

ISSUE ONE: Justice for George. 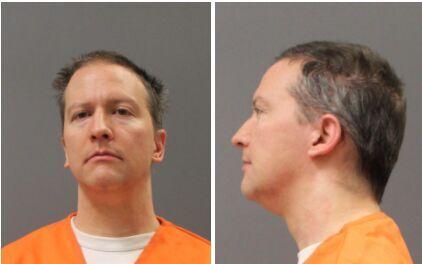 Following the verdict in the Derek Chauvin trial, in which the ex-cop was convicted on all three counts, I was taken by the fact that even on FOX News, there seemed to be a consensus that justice was done.

I’ve never been able to get past the facts of this case – that George Floyd was caught passing a counterfeit $20 bill, that he resisted arrest, and that he was high on drugs – three times enough fentanyl to be fatal. How then can Chauvin be convicted of murder at any level?

Floyd was Dead Man Walking and he might have died at any time. Surely Chauvin speeded up that death with the nine-minute knee-to-the-neck. But that’s like saying COVID killed someone who was at the end stages of lung cancer. There’s something “off” about this verdict. Chauvin deserved perhaps a manslaughter conviction, but no more.

The Derek Chauvin case set a lot of new precedents.

One is that a sitting congresswoman from out-of-state, namely Maxine Waters, can go to the city of a high-profile trial and demand a certain verdict and if she doesn’t get her way, demand more violence. A sitting President can announce what “the right verdict” should be before the jury decides.

But the worst precedent may be the changing of the meaning of murder. In all past history, murder is the unlawful, purposeful killing of a human being without justification, usually premeditated. That is not what happened in the George Floyd case.

Officer Chauvin was negligent in the way he restrained Floyd. There was no apparent attempt to murder anybody. Now, “negligence” has been established as the equivalent of “murder.” And all to appease a violent mob.

In the United States of America, a defendant must be proven guilty beyond a reasonable doubt. In the Derek Chauvin trial, that standard was abandoned.

Is there a doubt that Chauvin wanted to kill George Floyd? Was Floyd resisting arrest? Maybe he wasn’t, but is there a doubt? And what killed Floyd? Is there any doubt at all that he suffered from severe heart disease brought on by massive drug use? Is there no doubt that he was severely drugged-up at the time of the arrest? Could that have killed him?

Did the autopsy results have any meaning to the jury at all?

Video:  Tucker Carlson reacts to the politicization of the Chauvin trial.

And what about the mob? Tucker Carlson says the verdict really was “please don’t hurt us.” Using the reasonable doubt standard, and with an intimidating mob waiting to pounce, you have to wonder if the quick jury decision was itself reasonable.