Texas has assumed a leadership role in the process of making America great again. And it’s more than just policy. It’s literally driving the Left insane.

When Texas Republicans defeated the quorum-busting Democrats and passed the Election Integrity Bill, progressives vowed to stop it. 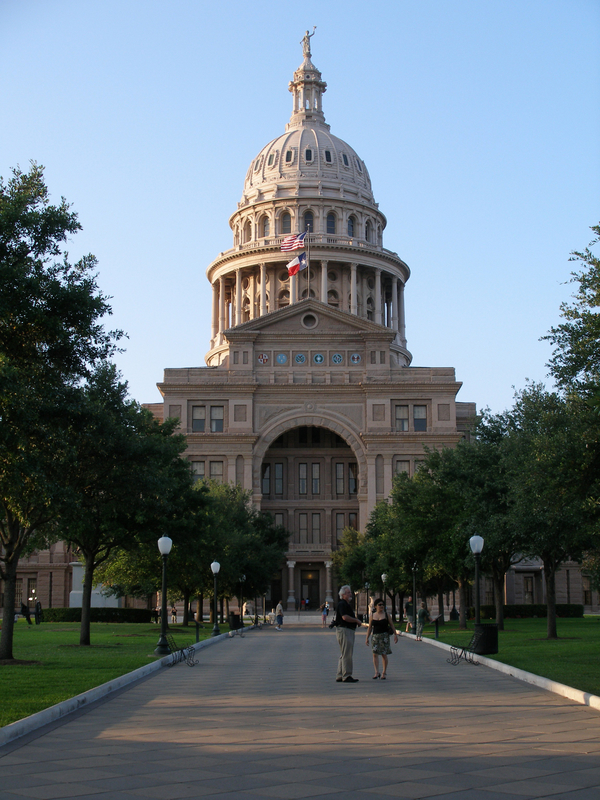 When Republicans passed a protective abortion bill, they screamed even louder and started hiring lawyers. So what did Gov. Greg Abbott do next? He called a third special session to redraw legislative and congressional districts – and to accomplish other conservative items such as protecting girls’ sports.

Forget about their agenda. We’re concentrating on ours, and we need to keep piling on.

Random Samplings is brought to you by the Texas Public Policy Foundation.

Mere weeks ago, with President Biden riding high and issuing executive orders seemingly by the dozens, the Left was large and in charge. But after several colossal blunders, Biden is weakened, and Republicans in red states are kicking left-wing butt.

Remember what the Left wanted to do?

They wanted a law that would virtually ensure that Democrats win all future elections. They wanted to make the District of Columbia and Puerto Rico states so what they’d have permanent majorities in the House and Senate.

They wanted to abolish the Electoral College so that California and New York could elect all future presidents. They wanted to pack the Supreme Court so Biden could appoint more let-wing judges.

Unfortunately for them, Biden made several key mistakes.

He cancelled the Keystone XL Pipeline and managed to screw up our newly found energy independence. Biden went on a spending spree that has resulted in the worst inflation in decades. Biden stopped construction on the wall and opened up the southern border. Biden continued to support devastating lockdowns due to COVID-19.

Finally, the biggest blunder of all came along: Biden’s irrational abandonment of Afghanistan that left behind Bagram Air Force base, billions of dollars in military weapons and equipment, and hundreds of Americans.

Democrats are left with the remaining agenda items: to pass trillions of dollars in new spending (in the face of coming stagflation), and raise taxes to pay for at least some of it.

The fact that Biden is an utter idiot is unfortunate for the country and the world, but great for the Republican Party.

Now, there’s an entirely different agenda being put in place by governors like Greg Abbott in Texas, Ron DeSantis in Florida, and Kristi Noem in North Dakota. These governors are pouring it on and the Democrats have shifted to defense.

To summarize what’s going on in Texas: The Lone Star State has a new Election Integrity Law and a strong new abortion law that protects babies in the womb with some ingenious tactics that leave the Left not knowing exactly whom to sue. They’re hiring lawyers anyway.

While these fights are playing out, Texas is about to have Special Session #3, and that is going to drive more Democrats to drinking. It’s about more than simply redrawing political lines using the 2020 Census data. Look at what Abbott has added to the session’s agenda:

Those first two will drive the Left even further into insanity.

That’s not all, folks!

Texas has already passed a bill to get Critical Race Theory out of our schools, and the “1836 Project” to promote patriotic education and promote Texas values. Kevin Roberts, CEO of the Texas Public Policy Foundation, has been named the chair of the committee by Gov. Abbott.

Texas is in the lead, but Florida is also confounding the Left with Gov. DeSantis signing anti-riot legislation and pledging that Florida will not become a medical dictatorship over mask mandates and lockdowns.

North Dakota Gov. Kristi Noem has issued an executive order that abortion-inducing drugs cannot be dispensed unless prescribed by a licensed physician following an in-person examination. This follows nicely in the footsteps of the protective Texas law.

Meanwhile on other fronts, Sen. Rand Paul has called for Dr. Anthony Fauci to be removed after bombshell new documents (that you will not hear about on CNN) seem to show that Fauci lied about gain-of-function grants to the Wuhan lab. And in California, Gov. Gavin Newsom is fighting for his political life and for the Democrat Party’s national future.

The hits just keep on coming.

It’s apparent that the best way to keep the far Left from accomplishing its Marxist goals is to accomplish our logical goals. So let them do as they will.

Let’s be about the business of reforming our schools, protecting babies, putting an end to the gender nonsense, keeping our elections fair and honest, taking control of our border, and making America the country it was under President Trump.