We are Witnessing the Utter Failure of Liberalism

Whether it’s the Joe Biden White House, the statehouse in California, or City Hall in Austin, the left is showing us they cannot govern. 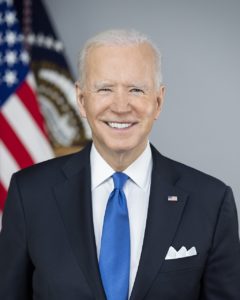 With Joe Biden presiding over one of the biggest military blunders in American history, it’s apparent that he has to go.

In California, where taxes are high and the cost of living is higher, people are fleeing like rats from a sinking ship.

Gavin Newsom could become the second high-profile Democrat governor to be run out of office in less than a month.

In Austin, our mayor and city council gave us the homeless crisis and still aren’t sure how to fix it.

They defunded the police and that led to record homicide numbers. At what point does Austin say “enough.”

Random Samplings is a service of the Texas Public Policy Foundation.|

Biden’s choice may be simple. Resign or be impeached.

If you read these columns, you know that I’ve been advocating for Biden to go for some time. He is not merely demented. He’s come out of the closet as a far-left zealot.

He not only appeases The Squad; he seems to agree with them.

CNN used to delight in showing aerial shots of the Trump White House, and imagining the President huddled in the Oval Office, alone, and with no support for his policies. (Or in some type of deep depression over CNN’s latest “we got ‘im now” story.)

That never sounded like the Trump I knew. Trump seemed to live by the Davy Crockett mantra:

“Be always sure you are right — then go ahead.”

When he was sure he was right, he implemented them and he usually confounded his opponents. Trump took out two of the world’s worst terrorists – against the advice of some politicos. But the removal from the planet of Abu Bakr al-Baghdadi (leader of ISIS) and Qassem Soleimani (commander of Iraq’s Kuds Force) made one thing plain. A Donald Trump red line was not to be crossed.

Video:  President Biden addressed the nation on 8/26/21 after explosions in Kabul killed at least 13 U.S. servicemen.

Right now, I imagine Joe Biden is huddled in the Oval Office, alone or with a few left-wing diehards, isolated from reality, and not knowing what to do. It’s sad, but we’re about get Kamala unless we can cut a deal to oust her as well on grounds of general incompetency. 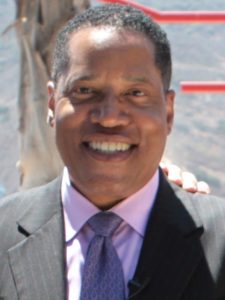 Larry Elder at Camp Pendleton in 2013 via Wikipedia. Public domain.

Liberals have failed at running California and they’re looking to recall Gov. Gavin Newsom and install someone else.

Larry Elder, a talk show host, is the frontrunner.

That means it’s time to find a woman, in this case a former girlfriend, who will say that Larry’s a bad dude. Elder says he never brandished a gun in front of her. So we’ll see.

It was interesting that when the late Herman Cain dropped out of the presidential race, the women who accused him vanished and never popped up again.

The Los Angeles Times has also run a headline that reeks of desperation:

Larry Elder is the black face of white supremacy.

Larry isn’t that, of course.  He’s a conservative and we concern ourselves more with character.  It’s one of our great strengths.

In any case, California is a mess, and (with apologies to the Gatlin Brothers), much of the gold in California is now in Texas where more than 650,000 Californians have relocated.

It’s time for Austin to move solidly to the right. 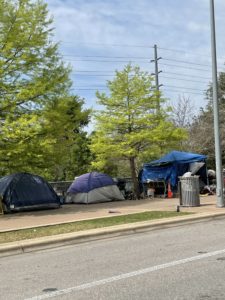 Homeless tents along Cesar Chavez Street in Austin on April 19, 2021. (Photo by Julie Sullivan for WBDaily)

The city is beautiful, but is a bastion of progressivism that has cost lives and treasure. Infamous left-wing compassion got us the massive tent cities that popped up after City Council welcome them to come in by dropping the pubic camping ban.

If you drop it, they will come. It’s like Biden and the border. He opened it. They came.

Now Austin is trying to figure out how to find a place for all the homeless folks they welcomed in and how to refund the police and keep their liberal reputation intact. That may not be possible.

It’s time for a solid move to the Right.

America is a nation of conservative values. We don’t leave people behind in Afghanistan. We revere our Founding Fathers and the icons of history. We do not teach our children to hate each other over skin color. We do not spend ourselves into insolvency. We control our borders. We know the difference between a boy and a girl.

We salute the flag and kneel before God. Regardless of our race, color, or creed, we are Americans first and foremost.

Not only is the liberal left insane, it’s an abject failure. We’re seeing it now. Everything they touch turns to crap. If a liberal told me the sky was blue, I would not believe it. Never has failure been so costly and so complete. I know it. You know it. It’s time that they know it as well.