Words mean things!  But what?

I’m not sure I’m privy to all the new woke language, but as a public service, here’s what I think it all means.

“Cisgender,” as best I can figure it out, means “normal.” It refers to a person who identifies as what he or she really is.

“People of color” apparently means all men and women who are not Caucasian, and therefore is an easy way to describe people who are not racists.   A “racist” is anyone who disagrees with the political Left while “expert” is someone who does.

“Latinx” is a fascinating word that can be used for a large group of disparate people who don’t fit into a single ethnic group. This word conveniently puts them in a box so they can be used for political purposes. “Transgender” is a science fiction word for changing one’s sex while “transitioning” has to do with surgical mutilation.

Woke has a language but so does liberalism in general. 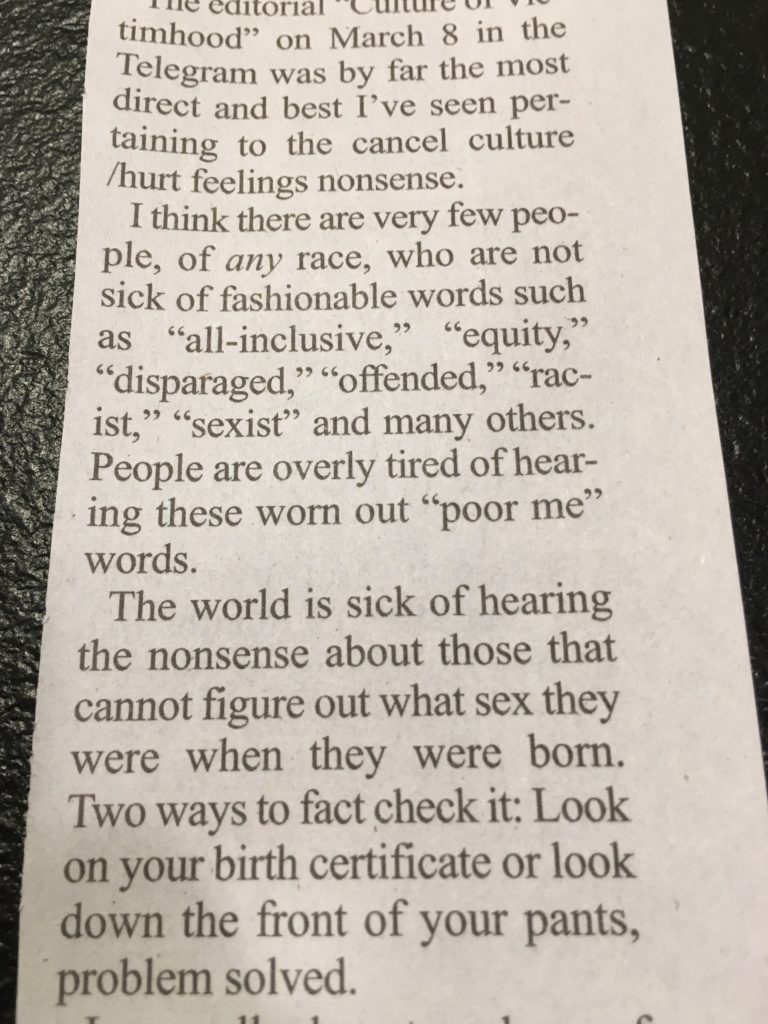 “Inclusion” means excluding anyone who dares have an opposite opinion. “Welcoming” – I’m not sure, but I think it has to do with open borders. “Undocumented immigrant” is the Left’s term for “illegal alien.” These are people in the country illegally, but we mustn’t say it out loud. “Dreamer” is a subset of “illegal alien.”

“Abortion rights” is a favorite of the media because it glosses over the thought of killing babies in the womb, which is infanticide.   “Anti-abortion” is what the Left calls compassionate people who call themselves “pro-life.” “Choice” is another word for “death.”

“Popular” means “expensive” and is the Left’s way of describing big government giveaways. “Insurrection” means when Trump supporters riot and “peaceful” is when Democrats riot.

The Left certainly has a way with words.

The term “for the children” has long been used to shame people into voting for costly bond issues. It’s like when Joe Biden unveils a spending program and ends with “we can’t stop there.” That means he wants to spend even more.

Obama’s phrase “you didn’t build that” is rife with socialism.

CNN, a known propaganda network, uses the term “the Big Lie” to describe the belief that the 2020 election was stolen, even though Democrats weaponized the pandemic and the resulting recession and changed the rules in some states.

My favorite Democrat term is “Our Democracy.” Take this literally. They mean their high-tax-and-spend, miserable, green utopia: literally, their democracy.

To fight back at left-wing insanity, you gotta understand the terms.