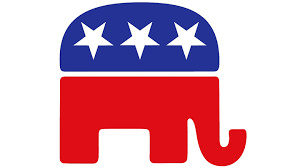 WHEREAS, the 2020 Republican Party of Texas Platform Plank 159 states the need to “reverse the current trend of expanding government and the growing tax and debt burdens” shows an opposition to debt and property tax increases; and

WHEREAS, the 2020 Republican Party of Texas Platform Plank 206 further addresses the need to reduce the growing tax burdens and debt caused by bond elections where typically less than 10% of eligible voters vote to increase the debt on the other 90% of voters and all tax payers; and

WHEREAS, these bond propositions are stated to be used to pay for maintenance items within the district, such as roofs, plumbing, and electrical and mechanical systems, under the guise of “renovations” that should be coming from their current/existing Maintenance and Operating tax fund rather than bonds; and

WHEREAS, the passage of these two new bonds would increase the Belton ISD debt burden to close to $600,000,000 ($600 million) in debt with principal and interest; and

WHEREAS, the bond order clearly states that these bonds will “cause to be assessed and collected, annual ad valorem taxes on all taxable property in the District sufficient, without limit as to rate or amount, to pay the principal of and interest on said bonds” regardless of what is stated by Belton ISD about not increasing the tax rate; and

WHEREAS, the bond order does NOT state specific items for purchase with the bonds except “school buses,” “technology,” and “computing devices,” but does state that they will use the money “for the construction, acquisition, renovation, and equipment of school buildings in the District, for the purchase of the necessary sites therefor”; and

WHEREAS, not stating specifically for what they are using the funds allows them to spend the money any way they find desirable as long as they can fit the language to the bond order; and

WHEREAS, Belton ISD currently owns over 160 acres of unused land, and Bond Proposition A calls for using $7 million dollars to purchase more land that is NOT planned to be used for the two new elementary schools that are stated to be built with the bond funds; and

WHEREAS, Belton ISD currently owns 108 acres across from the Bell County Jail and Justice Complex, and the Superintendent has publicly stated the land will NEVER be used to build an elementary or middle school and could only be used for a high school because of its proximity to the jail; and

WHEREAS, another high school is not needed since a new one was just built close to Morgan’s Point Resort; and

WHEREAS, school bonds are debt and debt increases our overall tax burden regardless of the tax rate; and

WHEREAS, debt from bonds will need to be paid over 30 to 40 years and thus our children and grandchildren will be paying for the debt; and

WHEREAS, property appraisals increased an average of almost 15% in 2021 and are projected to increase at least 7.5% or more in 2022 and each year beyond, per Belton ISD’s own “conservative” tax base assumptions, which in turn will result in increased overall tax bills to property tax owners; and

WHEREAS, those who rent or have frozen property taxes will still pay for bonds through increased prices for goods and services so that businesses can maintain their profits; now

This resolution is specific to the Belton ISD bond election, but the first two clauses should also be of interest to Temple ISD bond voters.

The first clause references plank 159 of the 2020 Republican Party of Texas platform which expresses a need to “reverse the current trend of expanding government and the growing tax and debt.” The second clause references plank 206 and notes how “typically less than 10% of eligible voters vote to increase the debt on the other 90% of voters and all tax payers.”

Voters in the May 7 school bond elections should do their homework. A recent podcast, Will “Domestic Terrorist” Parents Support Upcoming Government School Bond Elections? (Audio), offers perspective on the relationship between school districts and constituents. Let’s Get Real About ISD Bond Elections (Audio) provides additional content on other aspects of bond elections.

It’s important to understand that governments don’t necessarily want taxpayers to know what’s being done in their name, with their dollars or at their alleged behest. With that, arming yourself and sharing knowledge is the best path toward promoting fiscal responsibility within our local governments.