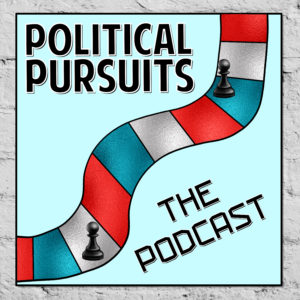 federal government to peg individuals questioning district policies or officials as “domestic terrorists?” As the May 7 local government elections approach, will districts’ apparent agreement with this view be rewarded via passage of new bond election proposals requiring (in most cases) increased taxpayer funding?

The latest Political Pursuits podcast furthers a recent article, Texas ISDs Look to “Domestic Terrorist” Parents in Upcoming School Bond Elections, in providing background on the National School Boards Association (NSBA) effort to have the federal government equate public comments and other actions of outspoken parents and other community members as comparable to ”a form of domestic terrorism and hate crimes.”

NSBA is funded by state school board associations like the Texas Association of School Boards (TASB). All 1,024 Texas school boards use taxpayer dollars to fund membership in TASB. These organizations both use public money collected from their respective members to pursue actions on behalf of member boards or organizations.

The podcast additionally discusses the relationship between these organizations and public policy issues. It’s critical to understand that the interests of member boards or organizations are not the same as interests of the taxpayers funding these groups.

No outside views allowed

NSBA and its satellite organizations’ desire to silence differing opinions or other dissenting points of view becomes even more important as local school districts seek more of your dollars – including during bond proposal season!

While many societal constructs are under fire, actions still speak louder than words and it’s a major red flag when a school district fights transparency even while (cleverly – so they think) claiming otherwise.

My local county has two major upcoming school bond elections – Temple ISD and Belton ISD. The podcast provides examples of things these districts don’t want to discuss and, in the monkey-see, monkey-do government education industry, are likely reflective of other districts.

The podcast discusses a Belton ISD situation related to a comment made at a November public meeting by Holly Wardell, an attorney 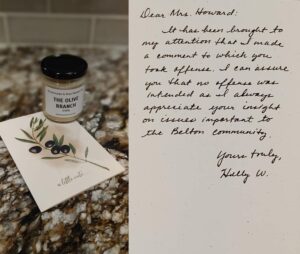 employed by the district. At the March 28 school board meeting – four weeks prior to the start of early voting for the May 7 election –  Wardell spoke privately with two members of the Belton ISD Accountability Facebook page and offered this apology.

No communication, however, was directed toward Jeff Howard, the individual highlighted in the podcast.

In deciding support or opposition to bond elections, any issues most avoided should likely be those of greatest consideration.