U.S. should be in Constitutional Crisis over Activist Judges

EDITOR’S NOTE:  This is a column about the constitutional Separation of Powers that seems to have gone by the wayside.  This column was written on April 25, 2018 but has a great deal of relevance with President Biden’s rash of totally unconstitutional executive orders.

The fact that we’re not [in a crisis] speaks to the fact that our meek-and-mild Congress is willing to sit back and allow the other two branches to take its powers. This is especially true of the Federal Judiciary, which has decided that, under Marbury vs. Madison, it can change existing laws or make new one – from the bench.

Hardly a day goes by that some federal judge doesn’t halt or delay some policy of the Executive Branch – using powers that under constitutional Separation of Powers, it does not have. 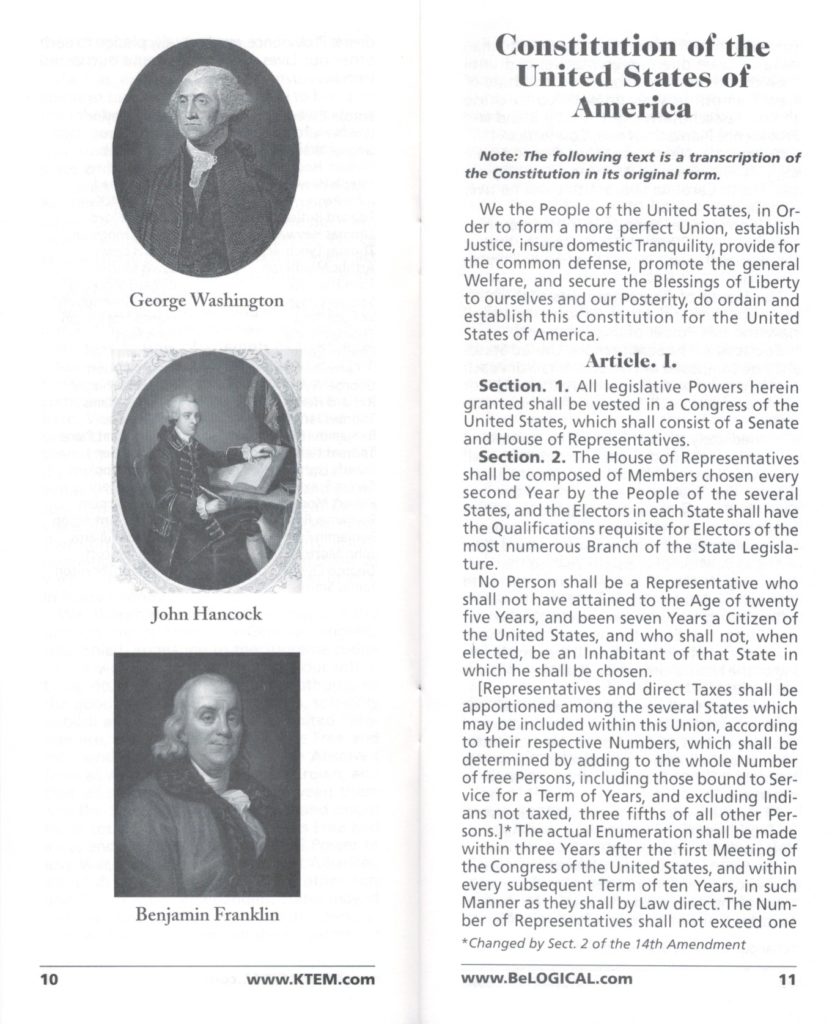 The latest example is District Judge John D. Bates in Washington, who has ruled that President Trump’s decision to end Obama’s “Deferred Action for Childhood Arrivals” program known as DACA, is “arbitrary, “capricious,” “unlawful,” and must be ended. The judge essentially ruled that Trump cannot end an unconstitutional program created out of thin air by Obama.

Was DACA illegal to begin with?

How would it not be under constitutional Separation of Powers? President Obama did not approve of our immigration laws, so he whipped up this little program to override the law – never mind that the Constitution gives that power only to Congress.

It is true that Mr. Obama was frustrated by Congress’ inability to agree on some sort of Comprehensive Immigration Reform that might have saved the young illegals commonly known as “Dreamers.” But frustration does not give a POTUS the ability to make long-term laws. What Obama did constitutes a power-grab from Congress – the branch delegated with the power to makes laws.

The Democrats managed to ram through the socialistic healthcare bill known as the Affordable Care Act, and colloquially as Obamacare. The law, complete with iffy constitutional foundations over whether the law could impose a penalty on someone for not participating in the law, went to the Supreme Court.

Obamacare was about to go down when the Chief Justice re-wrote the law from the bench, declaring that the penalty was really a tax. Fine; the government has the ability to tax. But Justice Roberts has no power under the Constitution to rewrite a law. He could have sent it back to Congress for a rewrite – but he decided to cross the line and fix it all by himself. He should have been impeached and removed.

Another day, another rogue federal judge.

Judge Bates is far from the only one. In the era of Trump, judges in Seattle and Hawaii have put themselves in charge of national policy with regard to President Trump’s travel ban – a power that Trump has but judges do not.

Likewise, judges have ruled on bathroom bills, gay marriage, congressional redistricting – and what have you. Typically, left-wing organizations that don’t like some policy go judge shopping, find a kindred spirit wearing a black robe, and file suit. From there, it’s just a rubber stamp and the law is usually not considered.

And God save the Constitution if a case should reach the left-wing activist 9th U.S. Circuit Court of Appeals in San Francisco.

The scandal is why Congress sits still for it.

Our Congress needs to develop a backbone. For decades, it has acquiesced every time the other two branches steal its power. Is it just too much work to say to President Obama – bring us your DACA bill and we’ll debate it and see if it can pass? Even in the case of Mr. Trump’s travel ban, Congress should have passed a bill since Trump’s ban was temporary.

And you have to ask why Congress sat on its hands when then-FBI Director James Comey assumed the powers of then-Attorney General Loretta Lynch to let Hillary Clinton off the hook in the server scandal affair.

Bluntly speaking, Obama did not have the power to pass the DACA law but he did. Justice Roberts did not the power to rewrite Obamacare from the bench but he did. No federal judge has the ability to usurp presidential powers involving a temporary travel ban designed to protect Americans, but they did. A circuit court of appeals should have justices that are well schooled in LAW – and not POLITICS.

Why don’t we have a Constitutional Crisis?

Why a branch of government – in this case, the legislative, would allow its powers to be stolen is a mystery. Perhaps it’s just too much work to fight for the powers that the Framers gave them. Perhaps Separation of Powers is an old concept with no meaning in these days of a living, breathing Constitution. Maybe Congress is happy to allow the other two branches to take the political heat.

On the other hand, those of us who vote for our member of Congress and two U.S. senators have a right to expect that they will fight for our interests. In this case, we’re not talking about left or right ideology, but the mere fact that a judge cannot make law – and for that matter, neither can a president except for low-level executive actions.

Separation of Powers is a major protection that our Founders believed in. They never intended for presidents to create major laws like DACA out of whole cloth, and they certainly did not intend for judges to be political activists. If judges continue to behave badly, Congress must reclaim its powers – and use them to slap rogue judges down.