A Random Samplings column is about stuff and is a service of the Texas Public Policy Foundation.  Here’s where my logical mind is tracking at the moment…

Whatever happened to Clear Moral Objectives? 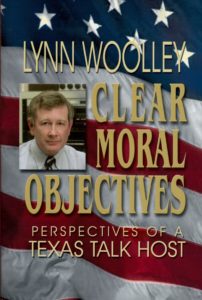 The final chapter of “Clear Moral Objectives” (2003) was “Return to the Constitution.”

*
Back in 2003, I wrote a book entitled Clear Moral Objectives. It was intended to be a sort of guidebook to improving the exceptionalism the United States is known for.

In retrospect, what was I thinking?

I wrote about respecting life, making government smaller, getting rid of the Income Tax Code, taking back our schools, ending racial preferences, and even returning to the Constitution.

All I can figure is that this book was widely circulated in the halls of academia as a roadmap on how NOT to govern. We’ve gone precisely in the opposite direction.

Democrats now run on destroying babies in the womb, and they’ve totally taken over our schools. What we have in America now is Clear Immoral Objectives.

Call him Joe. Call him Biden. But don’t call him President.

*
I think he’s illegitimate. Here’s why. 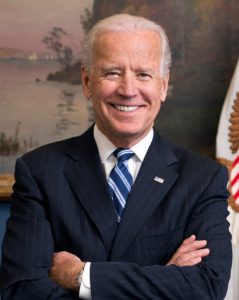 It’s not that the 2020 election was stolen by hacking voting machines. It’s a combination of a lot of things that add up. Things like “election month” in states like Arizona that give the Democrats time to win elections the way they do it.

Republicans have no clue about that stuff. Some of it’s legal, and some isn’t.

But when Twitter, Facebook, and the CNN crowd bowed to the Left and suppressed the Hunter Biden story — that was huge.

Imagine night after night of Hunter’s laptop the way we got January 6 coverage crammed down our throats.

Joe got pushed across the finish line, and it smells like a rat to me.

Democrats pick a major hypocrite to be House Minority Leader.

*
I almost bent over double when I heard the audio. Hakeem Jeffries, the Dems’ replacement for Speaker Nancy Pelosi, goes on ABC’s This Week and says (with a straight face) to George Stephanopoulos:

We will oppose the GOP’s “unconscionable, unacceptable investigations” of Joe Biden.

Video from ABC’s THIS WEEK 12/4/22:  Jeffries wants no investigations of Biden.

Does Jeffries even recall that his party made up a fake Russian Collusion narrative; and that they investigated and impeached Trump twice; and that the January 6th investigation amounted to another impeachment?

If that’s not enough, Jeffries is a major left-wing election denier who doesn’t deny being a denier. He’s a big hypocrite, but he has the media to protect him.

Just in time for Christmas:

DARKER SECRETS is out and is ready to order! Put one in all your stockings this season! Also available as an eBook.