The Saturday protests in Austin were peaceful at first, but got testier as the day wore on.

As my grandson Tyler and I looked on, the crowed swelled from hundreds to what could have been as many as 5,000, according to one trooper. 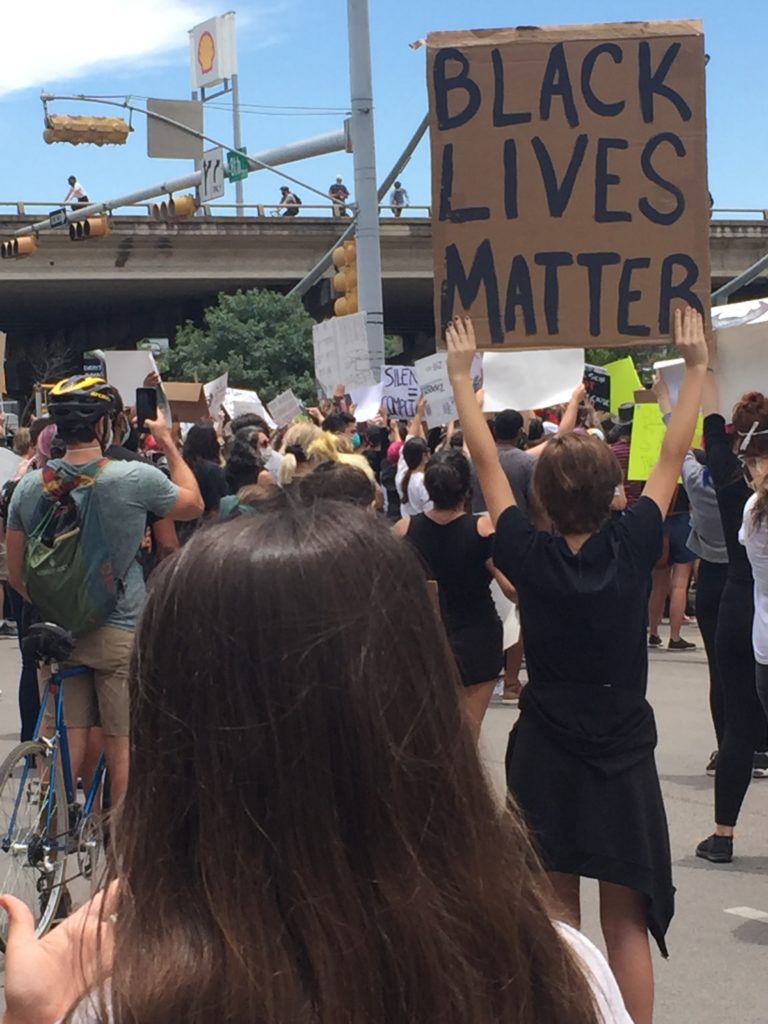 At first, the protesters chanted and held signs saying “Black Lives Matter” and “No Peace No Justice,” and chanted – as is their right under the First Amendment.

Police were everywhere and area buildings had their security guards on duty to try to prevent vandalism. Tyler and I visited with one guard who advised us to stay away from the protest.

Around mid-afternoon, a march worked its way from downtown to the protest site next to Austin Police Headquarters. We did a live Facebook video from the scene as the crowed gathered and was multiplied by the march. Police were everywhere – in riot gear, on motorcycles and on horseback. 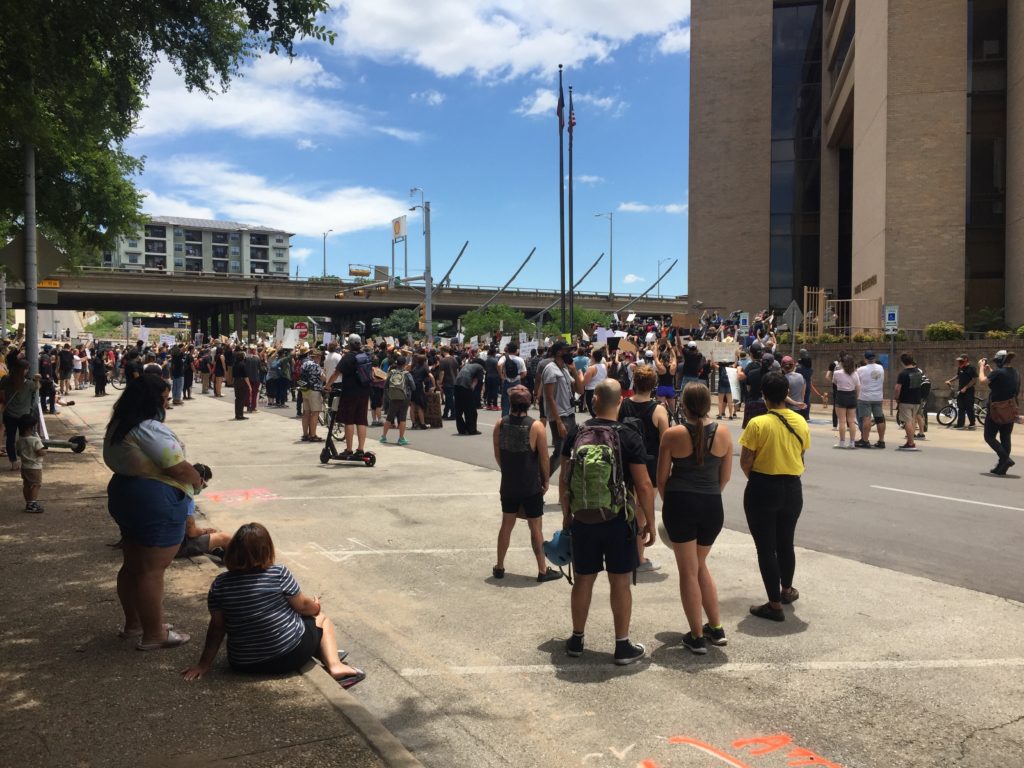 With the march came many signs that crossed the line from protest into anarchy.

Some showed policemen as dead pigs with ex-ed out eyes. Some showed President Trump as an orange-colored pig. Some used the F-word to disparage police.

President Trump, however, had already come down on the side of the protesters in Minneapolis, condemning the actions of the policeman who killed George Floyd with a knee to Floyd’s neck as he cried out, “I can’t breathe.” The President also ordered expedited FBI and DOJ investigations. That didn’t matter in Austin. These protesters are far left liberals and they hate Trump because they just do.

The Austin protest was partly about George Floyd, and partly about the death of Michael Ramos in Austin. A group called the “Mike Ramos Brigade” told KVUE-TV that the event was to how solidarity with those across the country who are demanding justice for Floyd.

In Minneapolis, protesters turned into a riot mob and burned a local police station after it had been ransacked. 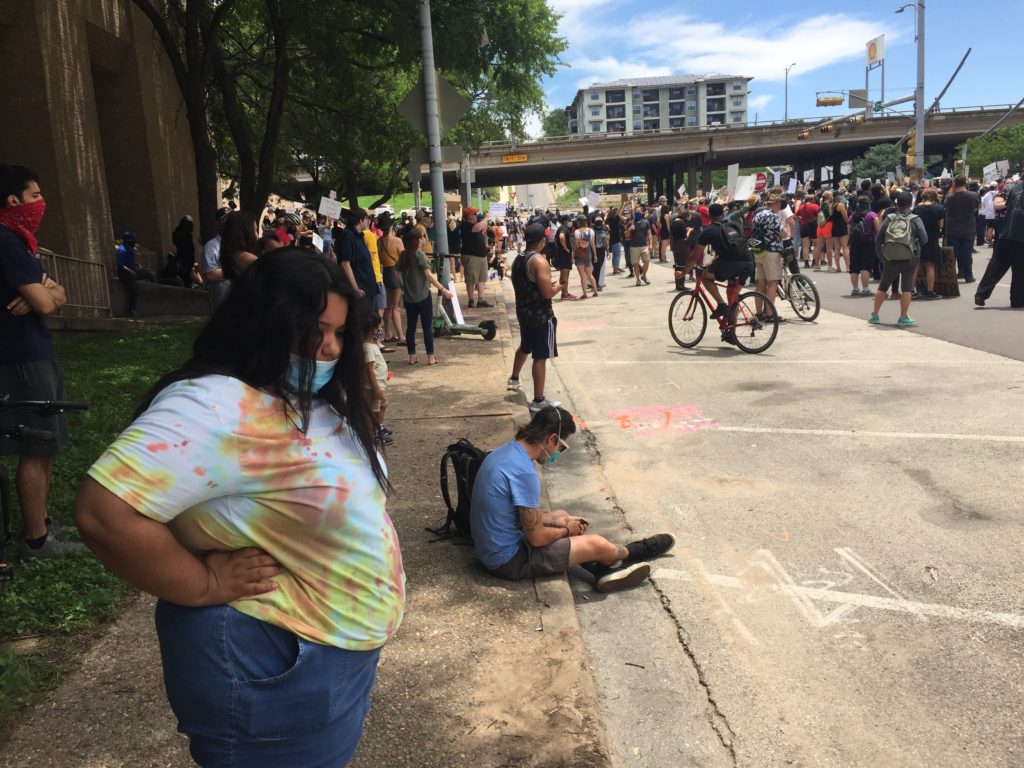 In Austin, the protest wasn’t that violent, but it wasn’t totally peaceful either.

According to KVUE-TV, one protester was sprayed and non-lethal rubber bullets were used. Interstate 35, which runs past the APD headquarters was shut down for miles. Protesters shut down Congress Avenue and 11th Street. A fire broke out on Eight Street near San Jacinto, but other protesters apparently stomped it out. A KVUE-TV camera operator reported a group of people attacked a DPS trooper and he saw a rock thrown through a patrol car.

More protests are planned for Sunday. 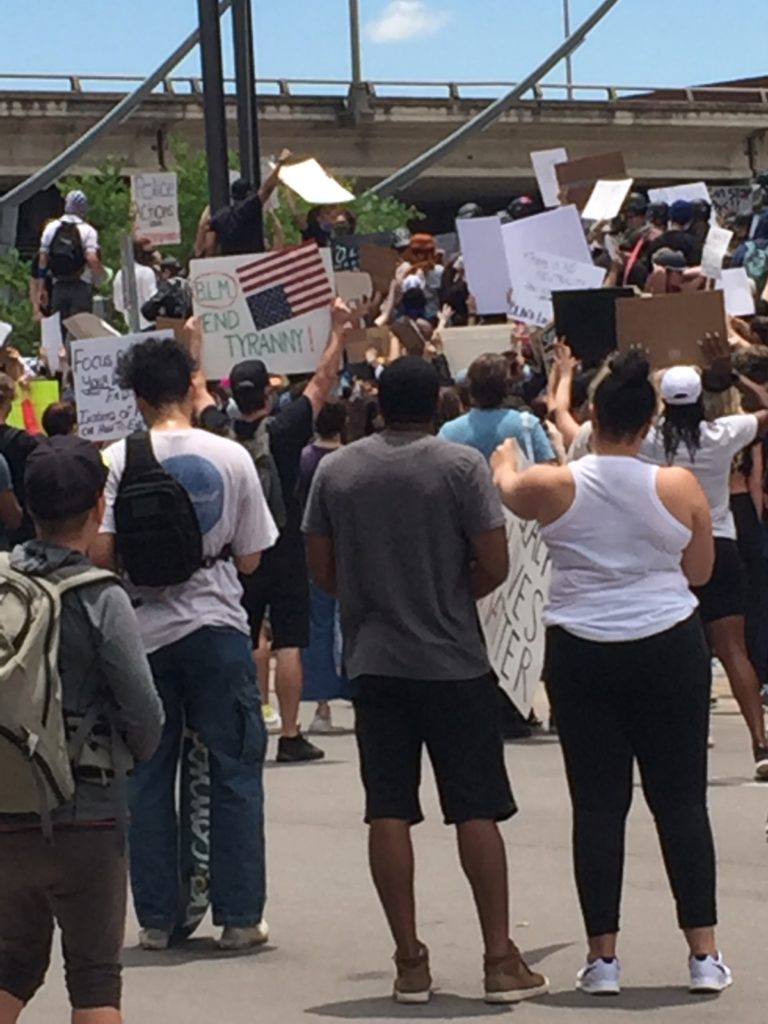 Protesting is protected. Rioting is not.

The Constitution gives all Americans the right to peacefully protest. Even the depicting of the President of the United States as a pig is protected. Throwing rocks at patrol cars and starting fires is not.

Austin didn’t see what Minneapolis did – at least so far, but when and if it gets violent, the people have right to know that our law enforcement agencies will stop the destruction of private property.

The mayor of Minneapolis and the governor there allowed protests to veer into total anarchy. As we’ve seen, when large groups turn into mobs, emptions run high and property is at risk. So are lives. One problem is a class of people in America (comprised of all colors and races) that has an agenda apart from justice. These people come to protests to wreak havoc, ransack buildings, and destroy property because they do not like our system. 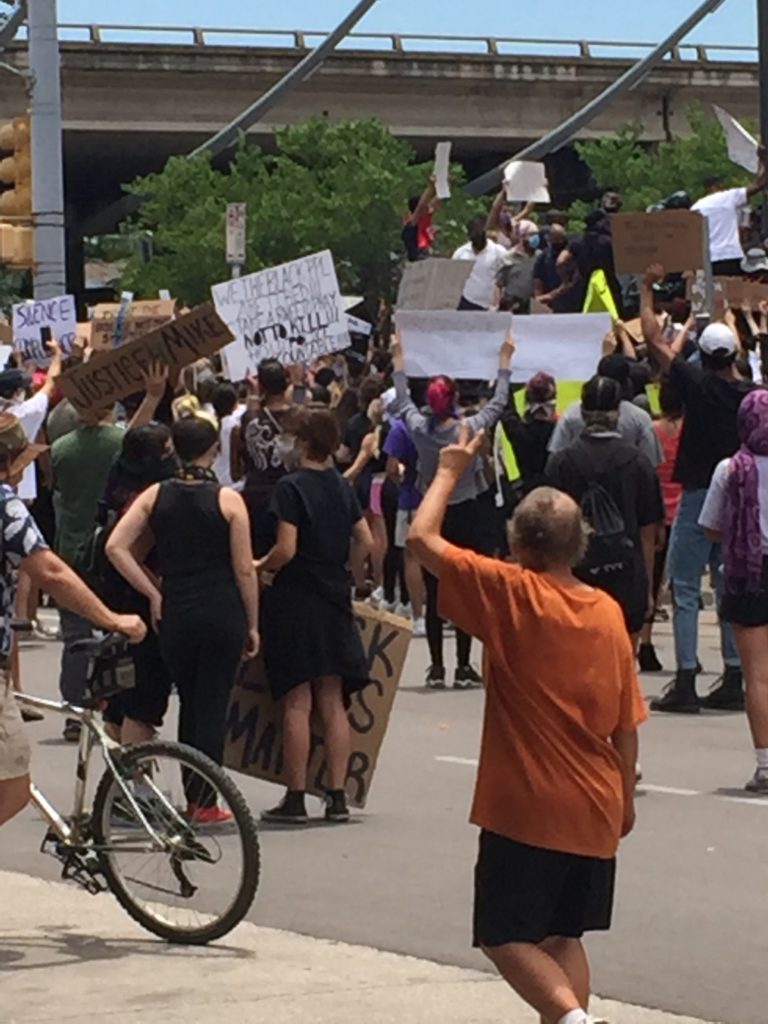 They must be arrested, charged, convicted and imprisoned. We should come down on them hard! Austin wasn’t too bad today, but if we want a safe, civil America, we have to send a message that peaceful protests are a right in America. Mob-driven riots are not.

All Austin photos by Lynn Woolley for WBDaily.com.  All rights reserved.