If you’ve ever been a reporter on the political beat and you’ve asked some elected official an embarrassing question, you may have heard this answer:

“All I know is what I read in the paper.”

The problems that print media are now facing notwithstanding, it’s newspapers that still break most big stories. So back in the day, that was good dodge.   The translation was:

“I know all about this, but you’re not going to get me on the record.”

In the case, of former Representative Trey Gowdy (D-SC), all he knew was what he had been told by the FBI.   Armed with that information – now known to be lies – Gowdy went on Cable TV and disappointed many a conservative viewer who thought the government was out of control.

Gowdy went on Tucker Carlson Tonight on May 11 for a mea culpa. It turns out that you can’t believe the FBI – at least what the Bureau was saying at the time. We now know that a lot of things were going on in the Russia investigation in general and in the Flynn investigation specifically – that we never heard about on the Chicken Noodle Network.

The overarching question right now is not simply what did Obama know.

The real question is – was President Barack Obama the architect of the whole campaign to smear Donald Trump?

Note that the Acting Director of National Intelligence, Richard Grenell, has decided to declassify information in the records concerning the “unmasking” of General Flynn – and, in all likelihood, the names will become public. You’ll recall that the General became a target – and then-FBI Director James Comey, by his own admission, sent agents over to interview him about his conversations with then-Russian Ambassador Sergey Kislyak .

That all turned out to be a perjury trap scheme on the part of the FBI and, beyond that, the Bureau also is said to have threatened to go after Flynn’s son unless Flynn played ball.

Flynn then did what he felt he had to do.

He later unsuccessfully attempted to withdraw his guilty plea as more revelations came out about the FBI – stuff like emails between agents Peter Strzok and Lisa Page, lovers who discussed an “insurance policy” against Trump’s election. It will be interesting to see who may have been part of the unmasking – and if Obama’s name is on the list.

Remember, too, that declassified documents related to that White House interview with Flynn show handwritten notes purportedly made by Bill Priestap who was the FBI’s former head of counterintelligence. The notes came from a meeting with Comey and then-Deputy Director Andrew McCabe. The notes indicate that if Flynn couldn’t be persuaded to pleading guilty to violating the Logan Act (which has never been used and ought to be taken off the books), there was a Plan B.

Included in the notes were these statements:

“What is our goal? Truth/Admission or to get him to lie, so we can prosecute him or get him fired?”

“If we get him to admit to breaking the Logan Act, give facts to DOJ + have them decide.”

This is the kind of stuff that does not instill trust in the nation’s largest law-enforcement agency. It is, in fact, chilling. You probably grew up thinking this type of thing couldn’t happen in America.

It DID happen in America – so did the sordid tale of the Steele Dossier.

Even ex-British spy Christopher Steele can’t vouch for the information contained within – but that didn’t stop the Obama administration from using it as a pretext before the FISA courts to spy on people like Carter Page, a low-level Trump operative who did nothing wrong.

With all this in mind, Attorney General William Barr and the DOJ dropped the case.

More than 2,000 former employees of the Department of Justice have come forward to protest this move. Why? It is, after all the Department of JUSTICE and justice should be done. If General Flynn was essentially entrapped, or forced into a guilty plea to protect his own son — that’s not justice. If Flynn was out to enrich himself or carry water for the Russians, that’s different.

The fact is, that even the “factoid” that the DNC servers were hacked by Russia is now in question. Crowdstrike, while vigorously defending their work for the DNC can’t say for sure. Even that part of the narrative is crumbling. 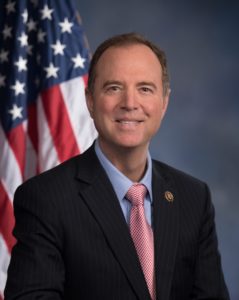 If the whole Russian collusion narrative is true, we know where the evidence is.

Representative Adam Schiff (D-CA), Chairman of the House Intelligence Committee has bragged for years that he, personally, had the evidence or knew where it was. He should put up – or shut up, and then resign.

If he can’t produce the evidence as advertised, then we need yet another investigation. It’s unlikely that the Durham investigation will get to the bottom of all of this, though it may reveal a lot of the corruption. As we’ve reported, it’s unlikely that heads will roll. We’re talking about left-wing corruption, and Democrats like Menendez, both Clintons, and Obama rarely pay a price.

Obama, as a former president, will never be charged. His legacy though is in deep trouble. The Left likes to say that the Obama years were scandal-free. WBDaily has maintained that three (at least) violations of the law and/or the Constitution should have doomed Obama.

Any one of these things is worse than anything Trump has ever done. Now, Mexican President Obrador has started making noise about Fast & Furious – creating more trouble for Obama. The news media is covering all this, right? Well, no.

You can find it on the internet, FOX News is on it, and talk radio is. CNN is hiding behind coronavirus and doing its best to ignore the collapse of the Russian narrative. For his part, Obama, in a leaked phone call, worried about “Rule of Law” evaporating in America with the dismissal of the Flynn case.

That’s rich!   The President who hated America every bit as much as Trump loves it, and who ruled with his pen and his phone, and who attended an openly-racist church, and who appointed two highly political attorneys general, and who used the power of the government to expand his own power – is worried about Rule of Law?

Obama may not go to jail, but he deserves to do down in history for the crimes he committed. If he was the architect of the Russian collusion narrative, the American people deserve to know.