Put simply, criminals use the Nuremberg Defense to justify their crimes by stating they were just following orders. Many of the 199 Nazi defendants employed it after World War II, at the Nuremberg Trials.

It didn’t work. Hitler allegedly committed suicide as other Nazi leaders fled covertly to the U.S. and South America; they were not tried.

Had the allies captured Hitler and his top aides, these high ranking Nazis couldn’t have used the Nuremberg defense because, well, they issued the orders.

During an appearance on CNN in 2019, former Director of National Intelligence (DNI) James Clapper used the Nuremberg defense. Clapper implied that President Barack Obama ordered the surveillance of the Donald Trump campaign, transition team, and ultimately, the Trump administration. FBI Director James Comey was the lynchpin who stayed in place after the transition of power.

“Apparently, what we were supposed to have done was to ignore the Russian interference… and oh by the way, blow off what the then Commander in Chief, President Obama, told us to do.“

Unfortunately, on May 18, 2020, Attorney General William Barr announced that he would not investigate Obama. What Barr did was open the door for Obama’s subordinates to use the Nuremberg defense successfully.

Obama has not committed suicide or fled covertly to another country. In today’s internet age, he wouldn’t get away with it anyway.

If Barr and U.S. Attorney John Durham indict the Deep State criminals who launched Crossfire Hurricane, what happens if those criminals use the Nuremberg defense?

This raises another question. How can Barr prosecute those who followed Obama’s orders while letting Obama go free?

It’s one thing to convict Nazis at Nuremberg when their ringleader was dead and their leaders were in absentia.

It’s quite another for the DOJ to prosecute Deep State criminals while allowing their ringleader to go free.

When Barr announced Obama is safe from prosecution, he gave Deep State criminals a green light to use the Nuremberg defense.

They will use it if necessary. 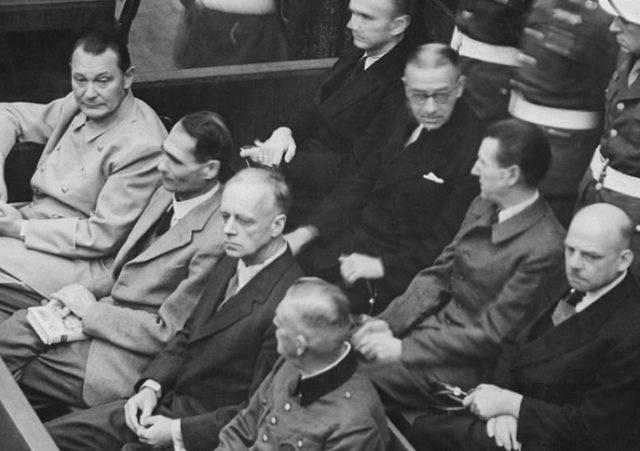