With the 2022 midterm elections nearing, Bell County (Texas) is upping its game on the election integrity front. 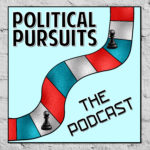 Be aware also that a new WB Daily column, Note to Election Overseers: Voters are Skeptical, Watchful of Cheating, offers perspective from the last two years with regard to reactions in the aftermath of the 2020 election and the trajectory that set in effect, a trajectory still to be determined when it comes to the prospect of free and fair elections in this upcoming midterm cycle.