Note to Election Overseers: Voters are Skeptical, Watchful of Cheating 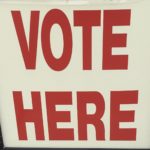 Of course election cheating doesn’t exist! Especially on a widespread, outcome-changing basis. At least that’s the story and government along with its big tech, corporate and media partners are sticking to it.

The video cites incredible numbers such as how 90% of likely U.S. voters think it is important to prevent cheating in elections with 83% saying it is “very important.” Findings also include that 55% think cheating affected the outcome of the 2020 elections with 49% expecting widespread cheating in the midterm elections.

In late 2020, Chris Krebbs, the first director of the Department of Homeland Security’s Cybersecurity and Infrastructure Security Agency (CISA), released a statement that the 2020 U.S. election was the most secure in American history. This claim ultimately brought about his firing by President Donald Trump, and nearly two years later, the election’s legitimacy is still in question.

Skeptics of the 2020 election process and subsequent outcome are accused of perpetuating the “Big Lie” and derided as “fringe” and “election deniers” even though Rasmussen’s numbers suggest this is no small number.

This number includes people across the country who reported specific irregularities regarding their election experience – both as voters and as poll workers/observers. It also comprises post-election data crunchers – often with backgrounds in areas such as finance, statistics, information technology, research, intelligence, etc. – who found unexplained trends and anomalies. And last, but not least, it includes people who pay attention to what’s going on in this country and recognize both that reasonable election integrity questions remain unanswered and an effort to squelch further discussion emphatically endures. “Don’t believe your lying eyes!” they tell us. Like that’s not one more red flag?

Veteran election administrators and other government officials have dismissed many of the cited issues while often characterizing those posing questions as “they just don’t know/understand elections.” Perhaps, but data crunchers counter that statistical analysis capabilities breed familiarity with patterns – those occurring both naturally and those appearing to have been manipulated or otherwise artificially produced. And with the 2020 election, oddities have yet to be explained.

One man’s cheat is another man’s ‘fortification’?

In three volumes of The Navarro Report, former White House Trade Adviser Peter Navarro detailed how the 2020 election results were “the poisonous fruit of widespread fraud and election irregularities.” The National Pulse termed the report as detailing “massive fraud plaguing the 2020 election” and as alleging “a widespread, ‘theft by a thousand cuts’ strategy ‘across six dimensions and six battleground states.’” 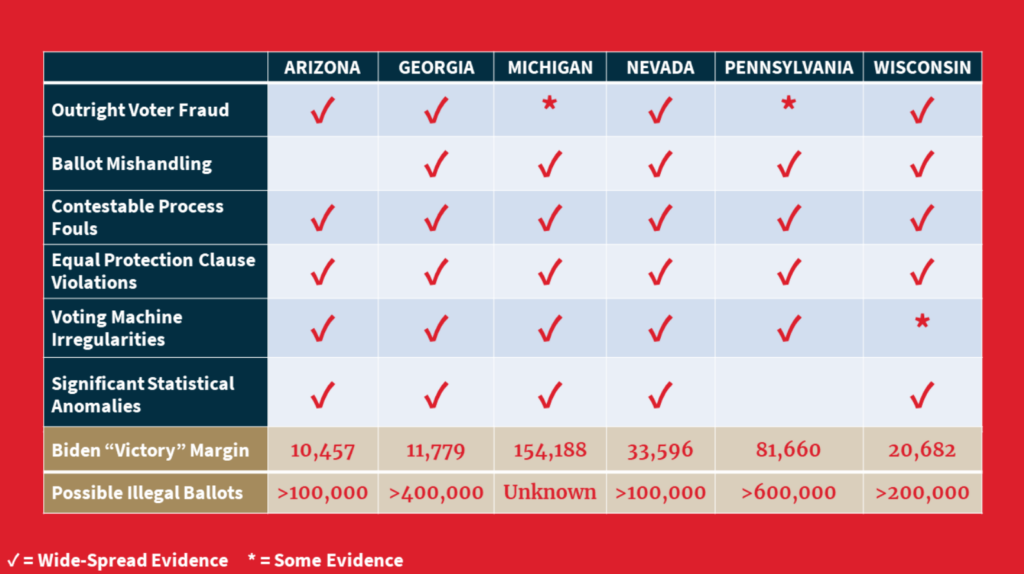 The ”theft by a thousand cuts” strategy appears supported in Bombshells undercut the ‘Big Lie:’ 21 confirmed illegalities, irregularities from 2020 election, a Just the News compilation detailing “nearly two dozen credible confirmations of wrongdoing, irregularities and illegalities that undercut the claims of bureaucrats, journalists and Democrats that the November 2020 general election was flawless.”

And this list interestingly confirms what Time Magazine’s Molly Ball detailed in February 2021 about the Democrat’s election “fortification” operation.

In The Secret History of the Shadow Campaign That Saved the 2020 Election, she wrote:

That’s why the participants want the secret history of the 2020 election told, even though it sounds like a paranoid fever dream–a well-funded cabal of powerful people, ranging across industries and ideologies, working together behind the scenes to influence perceptions, change rules and laws, steer media coverage and control the flow of information. They were not rigging the election; they were fortifying it. (emphasis added) And they believe the public needs to understand the system’s fragility in order to ensure that democracy in America endures.

Per Ball, it seems the public should appreciate that a self-appointed group came together to game a flawed system on multiple fronts with a goal of thwarting the American democratic system and upending the will of its people.

So people who question the election are “deniers” and their skepticism is a threat to our democracy. Stated differently, a “well-funded cabal of powerful people” can proudly reveal what they did, but today’s “deniers” are castigated for acknowledging it was done – and most importantly, are “radical” for wanting to ensure that it’s not done again.

Breaking through the media noise, some clear election integrity “wins” have occurred.

The next weeks will show if elections are to be based on the rule of law or if the 2020 “make up rules as you go” election administration culture will remain in effect (see above Pennsylvania links). Meanwhile, these are hopeful developments.

Despite “wins,” the election integrity battle rages on

Election Integrity Experts Identify Privacy Flaw Affecting All ICP/ICE Dominion Voting Systems Across 21 States. AND NO, IT WON’T BE PATCHED BEFORE THE MID TERMS.

And last, but certainly not least, Emerald Robinson offers important perspective in 5 Big Election Fraud Stories Breaking Just Before The 2022 Midterms; The 2022 elections are going to be the least secure elections since 2020!

Early voting is underway or soon to commence in most locales with Election Day upcoming on Tuesday, Nov. 8. Skepticism regarding elections is understandable, frankly, even deserved between what we saw in 2020 and the exposure of questionable conduct and situations that continue today. That said, voting is imperative.

Election officials have responsibility in this process, but so also do voters. Protect your right to vote by exercising it. Not only does this give opportunity to express your preference, but it acknowledges to election officials the important process at hand – a process that requires credible administration and vigilance on the part of all parties involved.

Schools of thought differ on if it’s more reliable to vote on Election Day or during early voting. Credible cases can be made on both sides. One point of agreement, voting in person is always preferable to voting by mail. Voting by mail – whether via absentee status or if you live in a universal vote-by-mail area – opens ballots to more fraudulent opportunity.

Certainly there are times when voting by mail is the only option. That’s reality and it shouldn’t stop anyone from casting their ballot. Past that, people fought and died for your right to vote. A battle that, quite honestly, continues today. Appearing in person at a polling location – even with a long line or less-than-desirable weather – seems a light trade off compared to the sacrifices that made possible this freedom.