At 1:30 p.m., County Judge David Blackburn called the meeting to order. Blackburn was sitting in the center of a row of tables with two commissioners to his left and two to his right, all separated by about 6 feet.

The Commissioners all wore masks except for Blackburn. 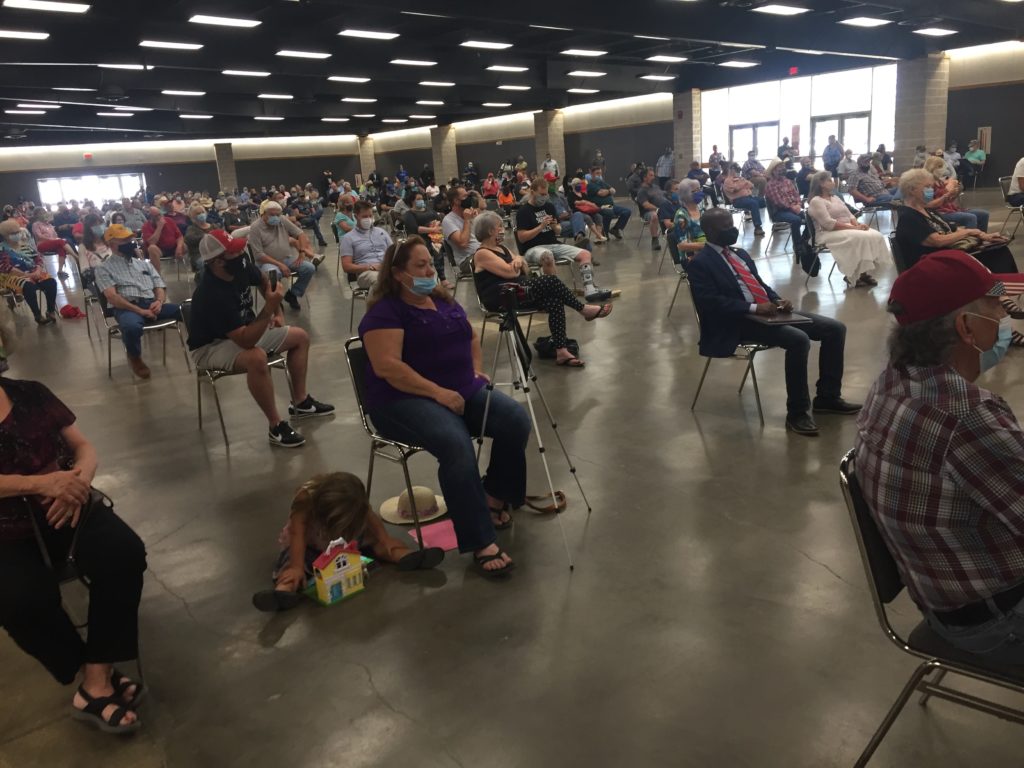 People entering the hall were given a slip of paper to fill out if they wanted to speak. To do so, they were asked for a name, address, and group represented (if any). According to Blackburn 118 people registered to speak. 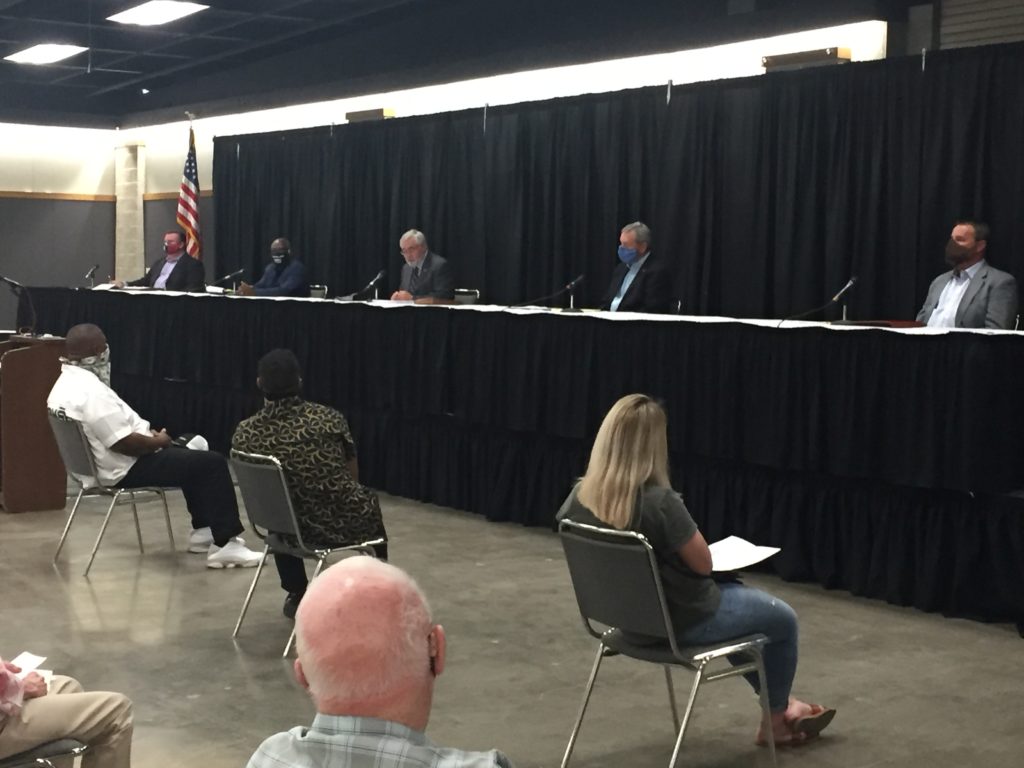 Bell County Judge David Blackburn and the rest of the County Commissioners.

I stayed for an hour and a half – until the intermission.

My estimate is the sentiment was running about four to one to leave the monument as it is on the Courthouse grounds.

The monument was erected in 1916 after a fundraising effort by a group of ladies wishing to honor the war dead from Bell County. The women were members of the Bell County Chapter number 101 United Daughters of the Confederacy. 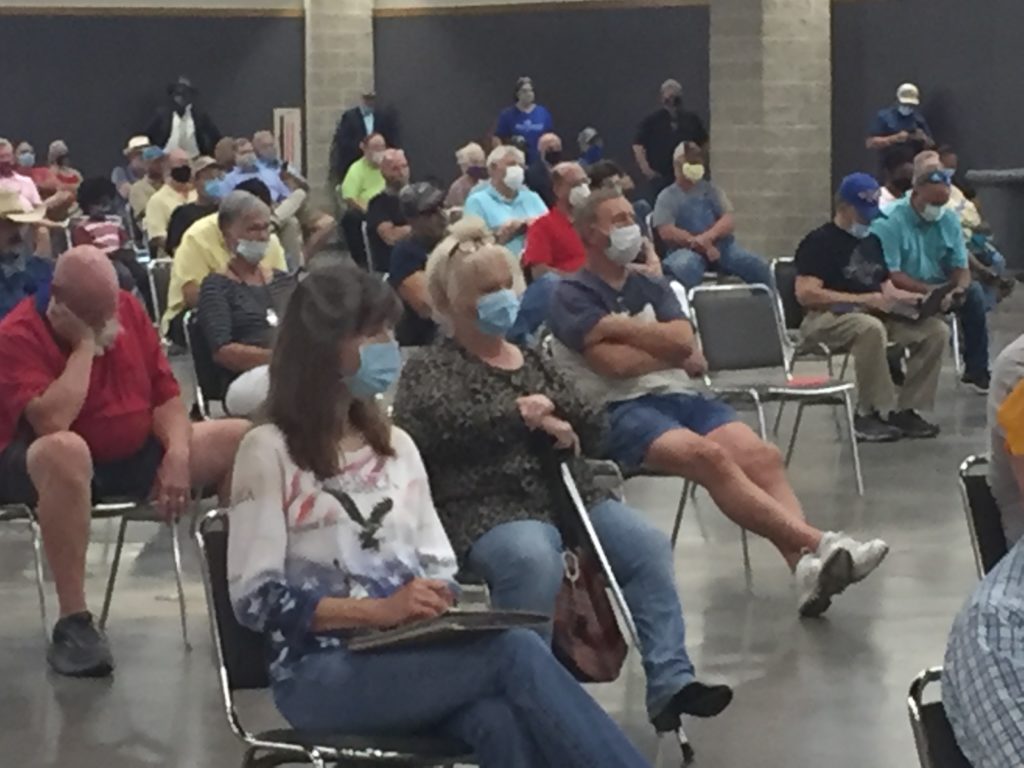 More of the crowd, most wearing masks.

One of the speakers was John C. Perry, an advertising executive who is a noted authority on the Civil War. He explained the fundraising campaign and discussed the celebratory mood the day of the statue’s dedication. There was a parade, he said, and singing, and speechmaking.

A majority of the speakers, typically white, made passionate cases to leave the stature where it is as a veteran’s memorial and a historical artifact. Others said the statue represented “hate” and that the Daughters of the Confederacy erected it so that blacks would know who was in charge.

Two white schoolteachers testified in support of moving the statue. One of them said she is still learning about her “white privilege.” One of them talked about white supremacists in Charlottesville and Nazi salutes but did not explain how that relates to Bell County.

The young black man, Patrick Arryn Narvaiz, who has been leading protests in the area made a plea for removal and relocation with a challenge to the crowd. He asked if there are any statues honoring blacks who had subjugated other human beings. I had to admit that I couldn’t think of one, but there is a statue of communist dictator and murderer Vladimir Lenin in Seattle.

The arguments went back and forth for the hour and a half I was there.

The crowd heard that the statue is “unwelcoming” – a term now used by the Left to describe monuments and other things they don’t like. There were many statements that the statue is a “veterans memorial” regardless of which war it concerned.

One speaker drew applause by suggesting that we add a new statue to honor perhaps an abolitionist leader or a black historical figure such as Martin Luther King, Jr. 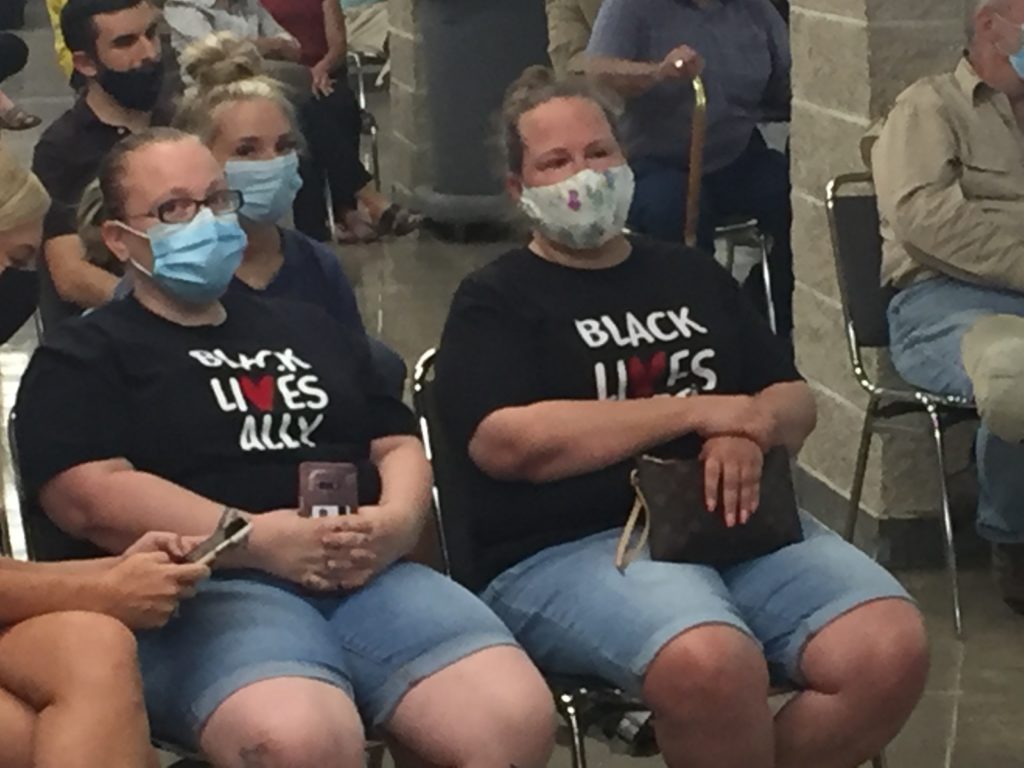 Lots of people made statements with their apparel.

I wore a “Donald Trump 2020” shirt that I received as a Father’s Day present from the Daughter of Logic (DOL). Everyone in the hall applauded for their side, even though Judge Blackburn instructed them not to. In my case, I wasn’t trying to flout the rules; I just considered it a peaceful protest. (Thanks to CNN for the term.)

Television crews from four local TV stations lined the right side of the room. 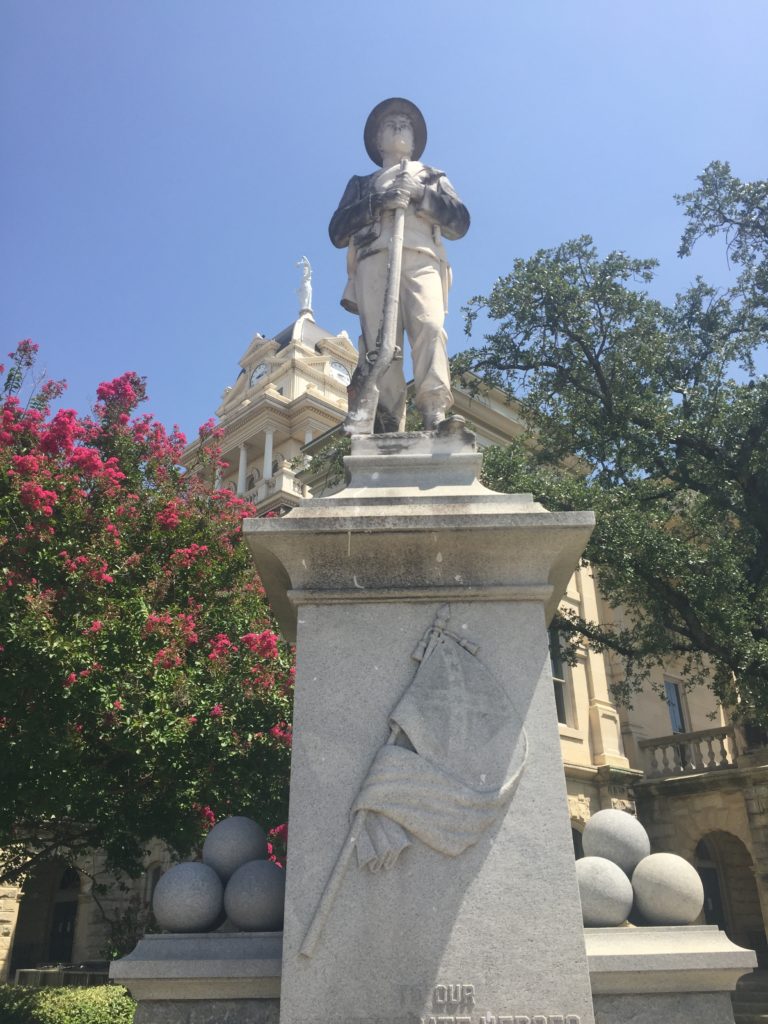 The Confederate Memorial photographed on July 15, 2020.

The Commissioners Court could call a referendum.

After all, it is the people’s statue.

The Memorial side view.

And Bell County residents had better be careful. Just steps from the Confederate Memorial is a statue dedicated to the namesake of Belton and Bell County: Peter Hansborough Bell who was the third governor of Texas.

Bell isn’t particularly politically correct either, and we might soon be discussing new names for the county and the City of Belton. I wrote a column about Gov. Bell back in 2005 and posted it on the Fourth of July, a holiday also in danger of cancellation.

As you know, Fort Hood which is just a few miles away from Belton, is named after a Confederate general and there are calls to rename it.   The Texas Rangers baseball team is under fire for its name, and even the State of Texas may one day be deemed racist. 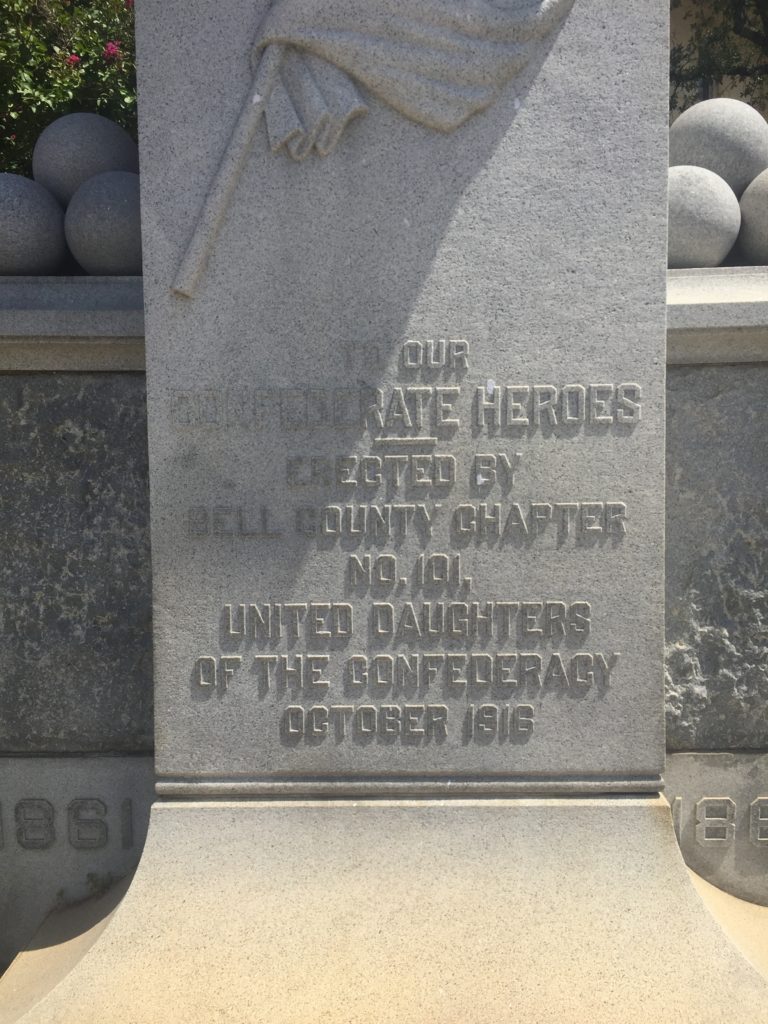 The County Commissioners will likely do what the prevailing winds demand. They should keep in mind that when a mob gets its way, they want more and more capitulation. Already, they want to destroy the Washington Monument and Mount Rushmore.

Perhaps Bell County, Texas is as good a place as any to tell the mob no.

All photos in this article were taken by Lynn Woolley on July 15, 2020 and may not be used without permission.