Standing By a Statue on the Fourth of July

On July the 4th, or Cuatro de Julio as I suspect it will someday be known, I stood at the statue of Peter Hansborough Bell, a hero of Texas independence and namesake of my home county in Texas. I couldn’t help but wonder what Mr. Bell would think of the state of his state on this Independence Day.

The story of Peter Hansborough Bell isn’t told very often – but it should be, especially in the classrooms of Bell County, Texas.

Bell was a businessman in Virginia until he headed for Texas to fight for independence.   He was a private in the cavalry company of Henry W. Karnes when he fought to free Texas from the Mexican dictator Santa Anna at the Battle of San Jacinto on April 21, 1836.

You may remember that battle, but your kids probably are taught more about Cinco de Mayo. The battle avenged the loss of the Alamo and paved the way for Texas’ statehood.

In 1845, he was captain of a company of Rangers, but resigned to enter the United States Army at the outbreak of the Mexican War. He was serving under the command of Gen. Zachary Taylor when he won distinction at the battle of Buena Vista. 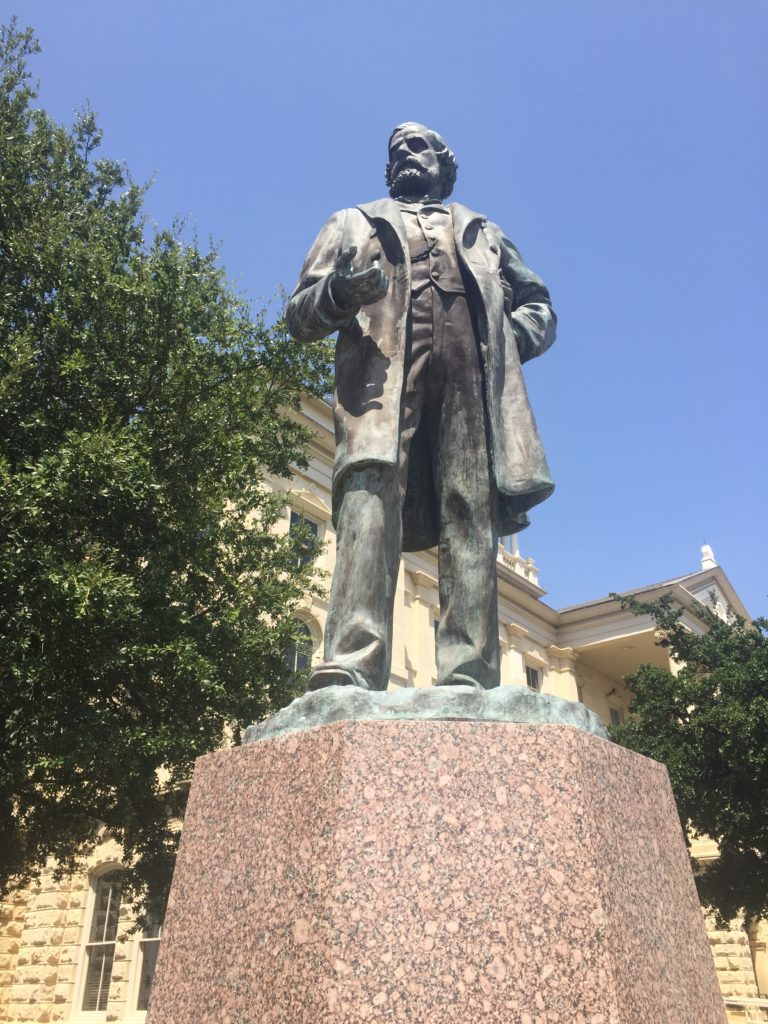 Peter Hansborough Bell statue on the grounds of the Bell County Courthouse on July 15, 2020. (Photo by Lynn Woolley for WBDaily)

Bell was the third governor of Texas, was reelected, and later served as a member of the United States Congress.

In 1936, the state of Texas erected a memorial to Bell on the courthouse grounds. It was there that I stood contemplating who actually won the Battle of San Jacinto.

Barely a football field’s length away at the big July Fourth celebration in the park, a mass of humanity was eating turkey legs and roasted ears of corn and speaking mostly in Spanish. This is not to say that these folks are not patriotic Americans; maybe they are. But the fact that they see no need to assimilate is evident in their language of choice. 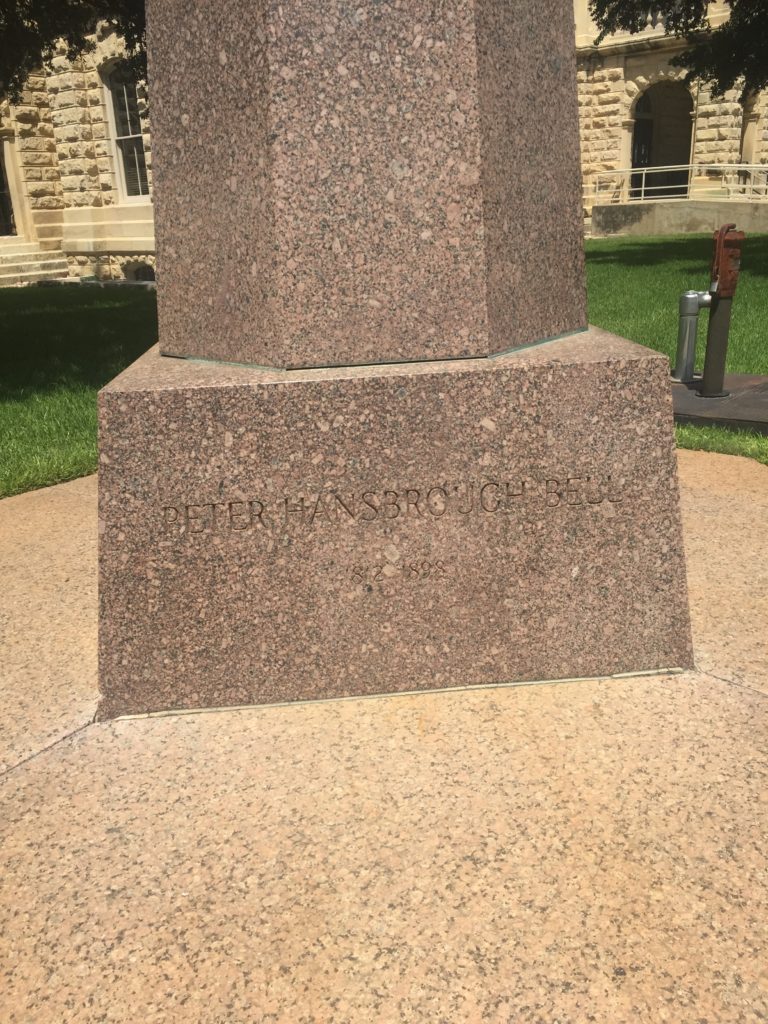 But there is no doubt that the country is changing and political correctness has turned us into frogs sitting in a pot of water being brought to a slow boil.

It’s like the seedpods in Jack Finney’s classic “Invasion of the Body Snatchers.”   Multi-generational Americans and immigrants who want to assimilate are slowly being replaced by those who, for whatever reason, do not.

In the late Mr. Finney’s novel, Dr. Miles Bennell and his girlfriend, Becky Driscoll, become slowly and painfully aware that their neighbors in the town of Mill Valley are gradually being replaced by aliens – the type that invade from outer space!

As the plot thickens, Dr. Bennell calls the Pentagon to ask for help. Naturally, they blow him off in a 1950’s version of political correctness.

So the invasion continues and only a few people are able to see the danger. They fight hard against the onslaught, but it’s a losing battle. Here’s the interesting part:

In the novel, Mr. Finney provides us with an upbeat ending.

Miles and Becky, almost ready to give up and become part of the New Mill Valley Order, come upon a field where the seedpods are growing. They manage to set fire to the field and destroy a great many of the pods. The remaining pods, sensing that earthlings will never give up, float off into space in search of an easier planet.

Strangely enough, in Don Siegel’s 1956 movie version, the writers changed the optimistic ending to one in which the seedpods were winning and the authorities passed Dr. Bennell off as a kook.

So today do some apologists for illegal immigration pass off those of us who protest as kooks. But if we take as lessons the actions of two men, the fictional Dr. Miles Bennell and the very real Gov. Peter Hansborough Bell, we should know that good people who wish to save their country could make all the difference.

We can’t fight at the Battle of San Jacinto like Gov. Bell did. But we can set fire to seedpods like Dr. Bennell did in the novel. After all, the alien pods did not wish to become like the citizens of Mill valley; they demanded that the residents there become more like them.

So, like Dr. Bennell, I intend to keep up the good fight. I suspect Peter Hansborough Bell would do the same thing.