Williams: Send 8,500 troops to the US border, not Ukraine

AUSTIN (Talk1370.com) — As tensions continue to rise with Russia and the situation in Ukraine, one Central Texas congressman said he’s against the idea of sending American troops to eastern Europe. 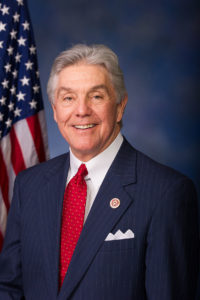 Speaking live in a wide-ranging interview with Talk 1370’s Cardle & Woolley Tuesday morning, Williams said the idea of even readying the 8,500 troops gave him chills.

“I’m totally against sending our young men and women to Ukraine,” said Williams (R-Austin). “If you really look at it, the 8500 combat-ready troops ought to be sent down to the border and protect our sovereignty and protect our way of life.”

“For the world to survive and the world to be strong, America has got to be a super power,” said Williams. “When we’re not, the world implodes, and we’re seeing it happen right now. President Biden has not showed strength at all. We need to show strength and begin to back these people off. It’s Ukraine, it’s Taiwan, it could even be Cuba.”

Pivoting to Democratic efforts to pass the “John Lewis Voting Rights Advancement Act”, Williams said he believed the effort was dead for now.

“Even Democrats know that it’s not going to work, states need to run their own elections,” said Williams. “That’s the way it works, over hundreds of years, and if states want to change, states can change. Not federalizing elections, because that would, totally keep, frankly, conservatives from ever getting elected, if you had a Democrat-run election process that was in charge of redistricting.”

Finally, Williams was asked about Republican opportunities, especially after the Biden administration has stumbled with its agenda – and if the GOP reclaims the House, Senate, and the White House in 2024, whether conservatives would be willing to do the things necessary to get the country back on track. Williams said the country’s growing debt is one of the biggest problems the country is facing.

“I think the debt may be the biggest problem we have,” said Williams. “We’ve got to stop the debt, we’ve got to cut back like families do, we’ve got to quit spending. I think, from a debt standpoint, we need to stop the spending, cut taxes, increase the income, and at least stop the bleeding, and we haven’t done that yet.”