(Where is God) When Bad Things Happen to Good People

There are two age-old questions regarding God and Christianity. One involves the deity of Jesus. If, indeed, He was born of the Virgin Mary, turned the water into wine, walked upon the Sea of Galilee, and arose from the dead – we should all be on our knees.

The other question is: “Why, God?”

Why do little children get cancer? Why do tornadoes and hurricanes kill so many people? Why do earthquakes decimate entire cities? Why does ISIS get away with beheadings?

Why, God, if You are merciful, do You allow this to happen?

If you can answer these two questions, you may be a pastor, or a very wise person. You can accept the deity of Jesus through faith. But the second question is virtually impossible to answer – and I have never heard an answer that will please everyone.

As the song says, we’ll understand it all by and by.

The plane crash into the mountainside.

When I lived in Dallas, I attended number of different churches. One of those happened to be a Church of Christ that was mourning the loss of pastors killed in an airplane crash.   The pastors were part of a “school of preaching” that the Church used for training.

Here is the dilemma: When the airplane hit the mountain, some of the men on board died, but not all of them did. I was struck by the fact that the prayers in that church thanked God for sparing the survivors. But God received no blame for the deaths of the others.

I wondered if the men who died had displeased God in some way, or if God was not involved at all, and that plane simply crashed because of mechanical failure or pilot error.

The deaths of my mom and dad.

Sometime around 1983, I learned that my mother had breast cancer and it was the aggressive type. She underwent surgery and began taking chemotherapy, but we soon realized that nothing on this Earth was going to save her.

One of the doctors at Scott & White took me aside, and told me that there was nothing else they could do. The Cytoxan was not working. She was going to die.

I already had figured this out. During a trip to Salt Lake City for Children’s Miracle Network, I visited Temple Square where the Mormon Temple is located. I am not a Mormon, but I got on my knees at the foot of a statue of Jesus known as the Christus. I told God that my mother was running out of time and I begged for a miracle. 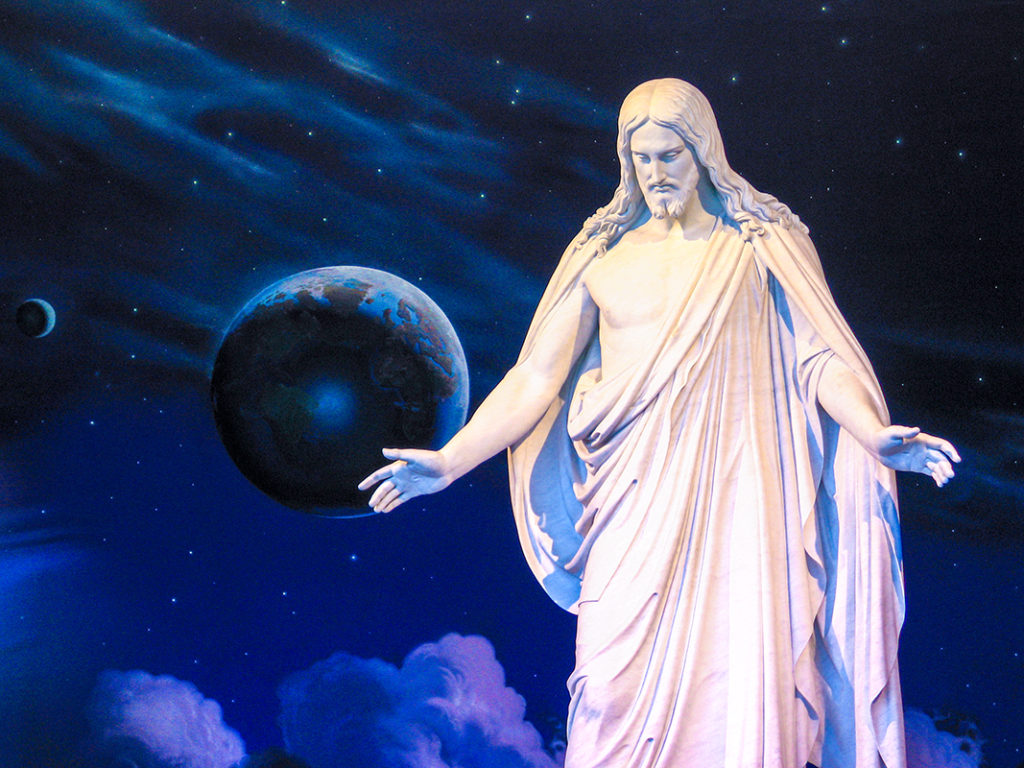 But it was not my mother’s death. My father, born with a rheumatic heart condition, walked into the house complaining of chest pains, and then fell to the floor. He died with my aunt and my grandmother by his side, and my mom crying in her wheelchair. My mother died on August 2nd – partially of cancer and partially of a broken heart.

But why? Where was God?

Why would He punish my dying mother by taking her husband away just two-and-a-half months from her own death?

Judy Heartfield, director of the Children’s Miracle Network at Scott & White, gave me a book by Rabbi Harold Kushner entitled “When Bad Things Happen to Good People.” I still have it. And since that awful day when my mother drowned in her hospital bed because her lungs were full of fluid – I have wondered. I have tried to fathom a reason why it all happened as it did.

My parents were Godly people who raised their only child – me—the best they knew how. Only death did them part – but it was a cruel and painful process.

Again, I wondered why. I had many occasions to ask that question again over the 22 years that I worked with children in the hospital.   Pediatric cancer. Spina bifida. Cystic Fibrosis. Scott & White doctors saved a lot of kids – but not all of them, and I had occasion to shed tears over a lost child more times than I like to remember.

On December 26, 2015, devastating tornadoes hit the Dallas area. For its Sunday editorial section, the Dallas Morning News sought out SMU theological expert John C. Holbert to ask him to answer the question: “Why, God?”

You may not like his answers. The questions, posed by reporter David Tarrant, were stark.

“How do you reconcile a loving God with terrible events such as onslaught of killer tornadoes that hit our area?”

“One of the ways to address the question is to say that the God of infinite power really doesn’t exist. The God that we think about is a God of certain kinds of limits. For traditional Christians and traditional Jews, that’s a pretty appalling way of talking.   They want to have a God of infinite power, infinite justice and infinite love. But in the face of horrors that Dallas and others have experienced, that doesn’t seem to fit.”

Holbert admits to being attracted to such a concept of God — but he is not totally satisfied with it.  He says:

Another question from David Tarrant:

“Maybe it [disaster] doesn’t hurt you, but it might hurt the person next to you?”

And Holbert’s answer takes me back to my urgent plea in front of that statue in Salt Lake.

“Yes, you hear people saying God saved me from the tornado or other disaster, but there are always people who don’t get saved and the question then is ‘Well, what does all that mean?’”

Back in 1986, I asked myself over and over: Why us? What have we done to deserve this? The answer to that is – nothing. My mom and dad hadn’t defamed or denied God. But what happened was devastating. Their lives were ended and mine was changed forever. 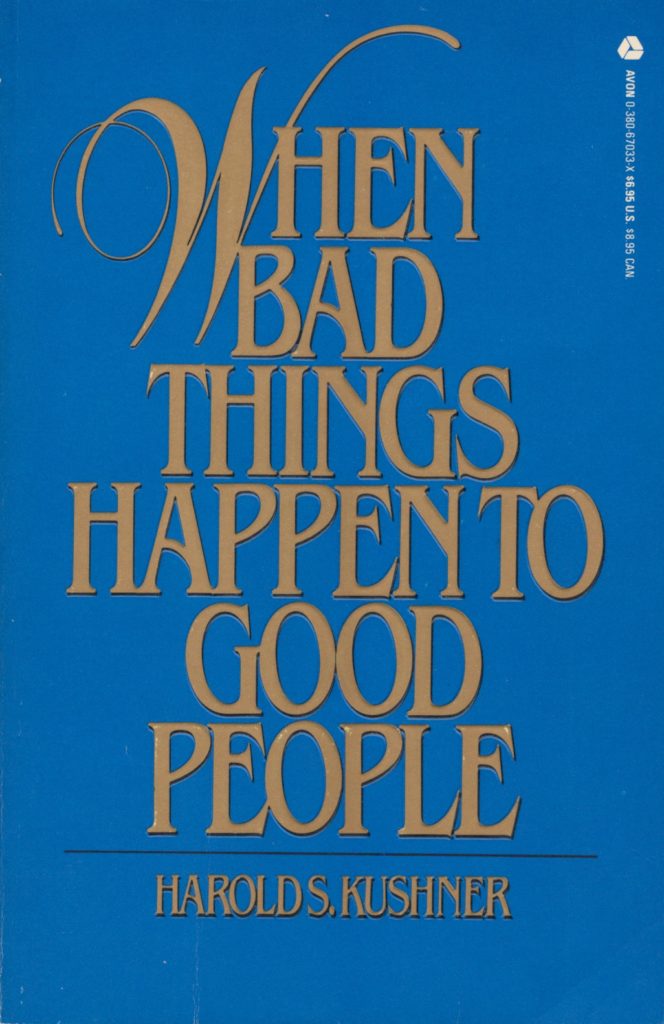 Cover of the edition of “When Bad Things Happen to Good People” presented to me on the occasion of my mother’s death. (Scan by Lynn Woolley)

Holbert mentions the book “When Bad Things Happen to Good People,” pointing out that Kushner included a chapter on Job. The title of that chapter was “God can do some things, but God can’t do everything.” Here’s the quote – paraphrasing God from the Book of Job – which Kushner used to make his point:

“Here’s the world that I have created and a part of that world are these great beasts, Behemoth and Leviathan, two mythological creatures. And they are not good creatures, they are creatures who can wreak havoc.”

What both Holbert and Kushner seem to be saying is that God made the universe and put these things in it, but he is not necessarily controlling every single thing they do. Does that mean God created the tornadoes that struck Dallas? Holbert says he doesn’t think so.

If Holbert is right, then what God made was a universe that is at once magnificent, and volatile. It is a world of vast wonders – but complete with inherent dangers.

You could put it this way: A mountaintop is an amazing work of God – unless you fall from it and get killed. A human body is a complex and perfectly functional way to exist – until some foreign organism corrupts it and you die of cancer.

Maybe we live in a random world.

Holbert says that’s not what people want. They want a God that watches over them, answers their prayers and protects them. That’s why we call him “Father.” My earthly father protected me. He was always there. Even so, I didn’t always get the keys to the car.

What does it all mean?

If I could explain the mysteries of God and the universe, I would write a book, become rich, and have my own TV show on FOX News. But here’s what I think. I believe my mom got cancer because of some quirk in her body. I don’t think God gave it to her. I think my dad’s heart wore out on him. I think a weather system caused the Dallas tornadoes. The plane crash is harder to fathom. I cannot explain why some of those men died while others lived.

But I do know that the solar system, billions of stars, all creatures great and small, and all things wise and wonderful, came into being somehow. Something put life here on Earth and helped it to flourish. Something made a human body more intricate than the most powerful computer.  Whoever, or whatever, accomplished that is the force we call God.

There is evil on this planet.

We see it every day in the form of murder, rape, child abuse, beheadings and more. But there is good.   There are charities and churches that care for the poor. There are people that will stop to help when you’re broken down by the side of the road. Someone or something put “good” in this world to fight “evil.” And there is also “love.” And “the right thing.”   And this tells me that there is a higher power.

It’s something to cherish – this thing called faith.