We live in a rough world right now.

We have wars in Gaza, Ukraine, Syria, and Iraq. Racial unrest in Ferguson, Missouri. An earthquake in the Napa Valley. Worse, we have the totalitarianism of political correctness that endeavors to forbid the mentioning of a football nickname as if it were akin to Voldemort himself. Sometimes we wonder if we can make fun of each other anymore. Are we allowed to laugh?

Parodies – some political and some not – go back to before the days of recorded sound.

They have come from the likes of Homer & Jethro, Stan Freberg, Dickie Goodman, El Clod, Ray Stevens and so many more. Some of these parodies could not possibly be played on the radio today. Stevens’ “Ahab the Arab” would be deemed offensive and so would Pat Boone’s “Speedy Gonzales.”

Some hit records that were serious at the time became politically incorrect later such as “Born A Woman” by Sandy Posey. Dusty Springfield is said to have renounced her 1964 hit “Wishin’ and Hopin’” with its lyrics:

“Wear your hair just for him.
Do the things he likes to do.”

Oh well. It’s still a great record to listen to.

Back in 1972, an unlikely hit began playing on Top 40 radio. It came from a 1927 prose poem by American writer Max Ehrmann that was largely unknown until it was recorded some 44 years later.

Latin for “desired things,” the record was “Desiderata.”

The voice on the best-known record is that of Les Crane, an accomplished radio and television announcer.

Wikipedia says Crane scored a major it, but later became disenchanted with it:

In late 1971, the 45rpm recording of Crane’s reading of Desiderata reached No. 8 on the Billboard charts. It became what one writer called “a New Age anthem” and won him a Grammy. Though Crane thought the poem was in the public domain when it was recorded, the rights belonged to the family of author Max Ehrmann, and royalties were distributed accordingly. When asked about the recording during an interview by the Los Angeles Times in 1987, Crane replied, “I can’t listen to it now without gagging.”

The words were inspirational to some (especially to liberals of the day) if somewhat sanctimonious.

“Go placidly amid the noise and haste, and remember what peace there may be in silence. As far as possible without surrender be on good terms with all persons.

Speak your truth quietly and clearly; and listen to others, even the dull and the ignorant; they too have their story.

Avoid loud and aggressive persons, they are vexations to the spirit. If you compare yourself with others, you may become vain and bitter; for always there will be greater and lesser persons than yourself.”

The record made the poem well known to the point that posters were made of it — and even Leonard Nimoy at the height of his Mr. Spock fame recorded a version. 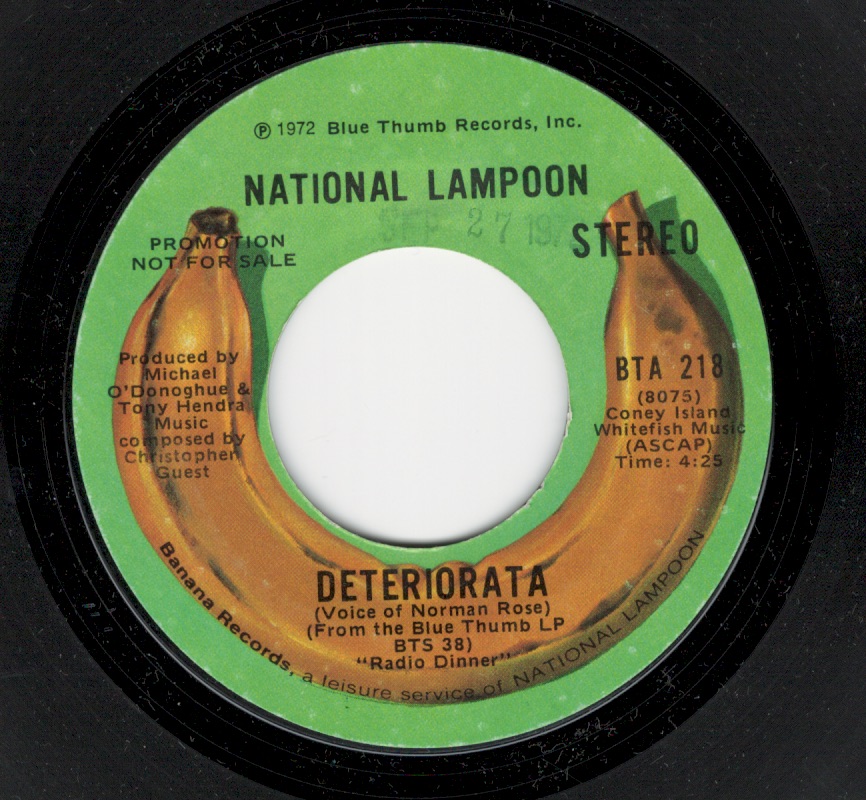 Blue Thumb Records issued an answer to “Desiderata” produced by National Lampoon under the made up, and quite hilarious portmanteau of Deteriorata. Melissa Manchester sang the vocal parts and the narration was by Norman Rose – a Voice of God type who sounded somewhat like Les Crane. In fact, Crane later admitted that he preferred the parody to the original.

Rose’s voice was well known from many movie and documentary narrations.

From 1969 to 1974, Rose played the role of psychiatrist Dr. Marcus Polk—on two ABC soap operas, One Life to Live and All My Children. Wikipedia says he also appeared in the soap operas The Edge of Night and Search for Tomorrow. Rose was the perfect choice for the parody. His voice was serious, even forceful. And when he said, “Rotate your tires!” in that huge voice, it was time to ROTFL.

While Desiderata proclaimed that you are a “child of the universe,” Deteriorata said you are a “fluke of the universe.” But that was 1972 when we could still laugh. Those days appear to be over. Today, we are made to feel guilty if we say “Redskins” and any kind of parody involving race – remember Rush’s monologue about “Barack the Magic Negro”? – will have the language police on your case. 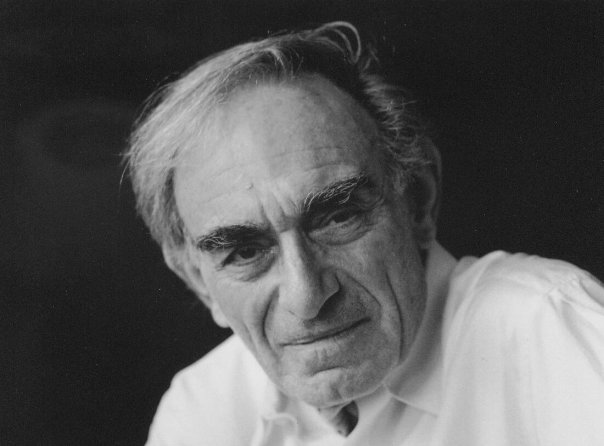 Norman Rose. This photo was taken by Rose’s daughter, Elizabeth Rose, in 1997. This file is licensed under the Creative Commons Attribution-Share Alike 3.0 Unported license. ticket #2011111510005845.

From Vietnam to Watergate there was much to be serious about. But in those days, we could still laugh.