Democrats have dropped all pretense of consistency in their zeal to throw Donald Trump out of office. Lately, they’ve taken to saying – in complete groupthink – that “no one is above the law.” What they mean by that is that President Trump has probably broken some laws. It doesn’t matter which ones, or even if he really has. He just needs to go.

So the talking point is that even presidents of the United States must adhere to law.

Well, no. That’s not what they mean. Democrats are fine with law breaking – always have been. It’s just that they are not fine with Donald Trump’s law breaking. In their hearts, they know he’s a hardened criminal, and they are going to get to the bottom of whatever crimes he has committed whether or not they are notated in the Mueller Report or in the Steele Dossier.

Tucker Carlson called them out for the hypocrites they are.

If you have heard me on the radio, or read my columns, you know that my favorite cable host is Tucker Carlson. That’s because he notices things that politicians and academics do that are bat-guano crazy and exposes them. Last night (7/22/19), he went off on Democrats for their coordinated talking point about lawbreakers.

The name “Clinton” popped into my head. But Tucker went another direction. He slammed Democrats in Congress for having no desire to enforce immigration laws. He’s right. Democrats, with their newly acquired value of adhering to the law, do not adhere to those laws.

As Tucker pointed out, Democratic presidential candidate from Spartacus (Cory Booker) to Kirsten Gillibrand promise open borders in complete opposition to the law. Beto O’Rourke would tear down existing border walls to make it easer for illegal immigrants to come across. Democrats tell us that we MUST break these laws because of our values. So, obviously, we are no longer a nation of laws with regard to immigration. 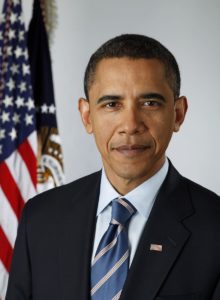 Tucker noted that Barack Obama created a program – the Deferred Action for Childhood Arrivals (DACA) – with the explicit purpose of going around immigration laws. All this got me to thinking about other times that Democrats seem to not care about the law.

The United States has become a nation of men and not laws.

Laws can be abolished or changed. Some laws are unfair and some are unconstitutional. That is why there are processes to makes needed changes. It’s why we have a Congress in the first place. It is my hope that most conservatives believe this as I do.

Democrats simply believe that “no one is above the law” when it suits their purposes.