UMHB should do what worked for Penn State – sue the NCAA

WBDaily is re-posting some of our most popular columns that vanished from the internet when GoDaddy lost our database.  This column is from October 13, 2019.

So the NCAA Division III Committee on Infractions has decided that the University of Mary Hardin-Baylor, a small Baptist university in Belton Texas, must “vacate” its records from the 2016 and 2017 football seasons. That, of course includes a 10-7 national championship victory over Wisconsin-Oshkosh. 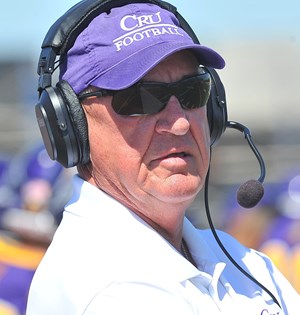 This is outrageous and is total nonsense. What this tells us is that the NCAA has too much power, and uses it against schools that may not fight back. Bigger schools – Penn State for example – may get into trouble regarding rules violations, but they have ways to get their records reinstated.

Here’s what happened at the University of Mary Hardin-Baylor.

Pete Fredenburg, the only head coach in the 22-year history of the UMHB football program, loaned a personal car to a player for about 18 months. Fredenburg, who acknowledges that he is familiar with NCAA rules, didn’t see this as a problem. A member of his staff is said to have pointed this out, but Fredenburg took no action.

So what we have here is a head coach with a passion not only for football but also for his players who loaned an old car to one of his kids who likely had little money and probably had no transportation to get to a job or to practice. Remember, in Division III, the schools offer no athletic scholarships. One suspects that financial aid may be available – but essentially, while the coaches and staff are compensated and the college gets revenue from the gate and occasionally from TV exposure, the players play for pride.

The bottom line is that Fredenburg, who should have known better, broke a rule to help a player. At the news conference, the coach, teary-eyed, said:

“I made a mistake, a bad mistake, and I hold myself responsible.”

I know Pete Fredenburg. He is a class act all the way. What he did, he did out of compassion and not out of a relentless goal to win at any cost. The teams he has assembled at UMHB are not dependent on any one player. The college reported the violations to the NCAA and suspended Fredenburg for three months and three games without pay.

Now, let’s look at what happened at Penn State and what the school did about it.

The Penn State violations involved Jerry Sandusky, a retired assistant coach who had a homosexual attraction to young boys. He was accused of sexual assault against two boys on or near University property. He was eventually tried on 52 charges of sexual crimes against children and was found guilty on 48 counts.

Penn State did not turn itself in.

In fact high-level officials were charged with perjury, suspended, or fired for alleged cover-ups and for failing to alert proper authorities. The school’s president, Graham Spanier, was forced out. The scandal also marked the end of legendary head coach Joe Paterno’s career. He was fired without cause. Former FBI Director Louis Freeh, hired by Penn State trustees to investigate, concluded that Paterno was part of the cover-up.   Frank Fina, who investigated and prosecuted Sandusky, said that he found no evidence against Paterno.

So what we have here is a major football power involved in a major homosexual scandal involving young boys followed by a cover-up perpetrated by school officials. The NCAA came down hard, though it stopped short of the “death penalty” it had slapped on Southern Methodist University for far less. Note that Penn State is a bigger name than SMU in college football. 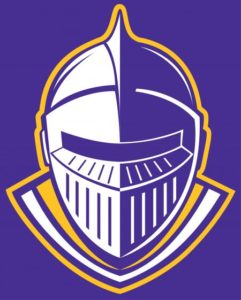 The NCAA fined Penn State $60 million, levied a four-year ban on bowl games, and “vacated” 112 wins from 1998 to 2011. In addition to that, Penn State was to lose 40 total scholarships. But Penn State ended up losing only 15 scholarships due to a recommendation from former U.S. Senator George Mitchell, who had been appointed to “monitor the progress of Penn State.”

And, of course, there were lawsuits filed against the NCAA by the governor of Pennsylvania.

Then-governor Tom Corbett sued the NCAA “on behalf of the people of Pennsylvania,” alleging that it was “overreaching and unlawful” and that that the penalties harmed residents in the process.  (Well, of course.  At UMHB, it’s the players that are hurt most.  That’s always the case.)

These lawsuits, combined with favorable recommendations from Mitchell, got positive results for Penn State. The NCAA announced that the school would indeed be eligible for postseason play in 2014 and all scholarships would be restored by 2015.

Most important, as a result of a legal settlement reached in January 2015, the team’s wins that were vacated would be restored!

In an October 12 letter published in the Temple Daily Telegram, Harrison stated that the penalties against UMHB resulted from an act of kindness.

“Now the NCAA severely reprimanded UMHB because coach Fredenburg showed concern and kindness to some of his football players. [There was a report that another player may have been loaned a car that he used for less than one hour.] Personally, I think it is disgraceful on the part of the NCAA. Division I teams get away with all kinds of recruiting violations and other tactics to get the best high school football talent. And yet, a Christian university that deeply cares for its students gets severely reprimanded for what appears to be a minor violation.”

A minor violation indeed. An act of kindness to help a non-scholarship student get to his job or his practices. Juxtapose that if you will next to Jerry Sandusky who, according to testimony, showered with a pre-pubescent boy on campus and Penn State covered it up. Penn State paid a price – but its record eventually was reinstated.

Here’s hoping the NCAA is near extinction.

College football needs a governing board that will set basic rules for athletic programs that are fairer and make more sense. Why should athletes –- particularly football and basketball players – work for $4 million-and-up coaches and risk injury for nothing?

California Governor Gavin Newsome has signed legislation in his state that will allow the players to have the right to create income. Some pundits believe this is the beginning of the end for the NCAA. In the meantime, the University of Mary Hardin-Baylor ought to do more than appeal this penalty. If it really wants its record and its national championship restored – sue. That’s what worked for Penn State.