Trump Nominee for AG William P. Should be BARRED From Job

Note: This Article was first Published on December 8, 2018. In light of reports that U.S. Attorney John Durham will not release a report or issue indictments before the 2020 election, it is now more relevant.

From 1983-93, William P. Barr (CIA Codename Robert Johnson) was a high level “fixer” for George H.W. Bush. From 1991-93, Barr was Bush’s Attorney General and prevented a lot of powerful people from being held accountable in Iran-Contra, including both Bush and Bill Clinton. One day after Bush’s funeral, Donald Trump announced Barr would be his next Attorney General.

Based on Barr’s history, this will mean no accountability for Deep State criminals. As a result, Trump has all but plugged the drain at the bottom of the swamp. You can forget about this AG indicting Jim Comey, John Brennan, Hillary Clinton or any of the other swamp creatures.

Barr a “Fixer” in Arkansas

In 1983, a man named Terry Reed was recruited by Oliver North, who went by the CIA code name of John Cathey. At the time, the Reagan administration wanted to support the Nicaraguan Contras with money and weapons to fight the communist regime of Daniel Ortega. Unfortunately for the administration, Congress said no via the Boland Amendments.

North and Vice President Bush needed another way. They needed to find a place to covertly manufacture weapons and transport them stealthily to the Contras. That place became a small airport in Mena, Arkansas. At the time, Bill Clinton was the Governor of that state. As an experienced pilot, Reed’s job was to train Nicaraguans to fly so they could transport the weapons (North and Bush did not want planes flown by American pilots).

Operating on U.S. soil, the CIA manufactured illegal weapons – without serial numbers – and illegally trafficked them to Central America, according to Reed.

However, as a result of doing business with Clinton, the Feds needed a fixer. That fixer would become Barr, who went by the CIA code name of Robert Johnson.

Clinton was supposed to take a cut of the action but he took far more than that. As cocaine came back from Central America to help finance the operation, Clinton began enriching his Arkansas buddies and the covert operation was becoming less and less covert. Federal informant Barry Seal was assassinated inside his car in February of 1986 under extremely suspicious circumstances. His murder represented a flashpoint for all involved in the Mena operation.

In his book, COMPROMISED: Clinton, Bush and the CIA, Reed tells of a meeting in a WWII bunker at Camp Robinson in Arkansas, about a month after Seal’s death. The purpose was to lay out the plan for moving the operation from Mena to Mexico. That plan would become known as Operation Screw Worm.

Identified as Johnson, Barr chaired that meeting. Present were Reed, Clinton (for the first half of the meeting), North and Felix Rodriguez, code name Max Gomez.

Bunker Meeting at Camp Robinson in 1986

According to Reed, Barr was clearly in charge:

Johnson, Cathey said, was the personal representative of CIA Director William Casey and had been sent to chair the meeting. Casey was too important to show his face, Terry assumed. But he felt honored, and yet surprised, to find he’d been dealing with someone so closely connected to the Director of Central Intelligence, the top of the intelligence pyramid.

‘Thank you,’ Johnson said. ‘As Mr. Cathey mentioned, I am the emissary for Mr. Casey, who for obvious security reasons could not attend. We are at a major junction of our Central American support program. And I am here to tie up a few loose ends. As you are all aware, the severity of the charges that could be brought against us if this operation becomes public… well, I don’t need to remind you of what Benjamin Franklin said as he and our founding fathers framed the Declaration of Independence…”– p. 229

Clinton was at the meeting for obvious reasons. He didn’t want his gravy train to dry up and he didn’t want the CIA leaving him exposed. What is relayed by Reed clearly shows that both Barr and Clinton were on the hook in a very dangerous game and both men were compromised.

According to Reed, Clinton appeared very irritated at the meeting and at one point, said:

‘It seems someone in Washington has made decisions without much consulting with either myself or my aide here, Mr. Nash. And I’d like to express my concern about the possible exposure my state has as you guys skedaddle out of here to Mexico. I feel somewhat naked and compromised. You’re right, there are definitely some loose ends!’ – p. 229

Angered, Barr is alleged by Reed to have confessed to a crime while addressing Clinton’s Chief Economic Advisor and liaison for the CIA’s operations in Arkansas, Bob Nash, who is black. Clinton was supposed to launder federal dollars and take a cut downstream; he did so upstream instead:

‘The deal we made was to launder our money through your bond business. What we didn’t plan on was you and your token ni**er here to start taking yourselves seriously and purposely shrinking our laundry.’ – p. 231

If true, Barr not only used a racial epithet but admitted that the CIA was laundering money on U.S. soil as part of an illegal drug and gun trafficking operation.

Furthermore, this shows that Clinton was quite aware of what was going on in Mena. As a result, he was caught in a lie years later at the White House. During a news conference, reporter Sarah McClendon asked Clinton if he was aware of the operation. Most noteworthy is Clinton did not deny the operation existed.

Here is audio of the relevant portion of that exchange:

Once Reed became a serious liability for the CIA, the Feds went after him. They prosecuted him for something he did not do. Well, actually, for something the CIA ordered him to do.

As part of his defense, Reed argued that he was working for the CIA. He needed Johnson’s testimony. However, he could not locate Johnson (Barr). That was not unintentional. Barr could not afford to come forward. Ultimately, the Feds called off the dogs on Reed, who was acquitted.

A short review of cases where defendants win cases against the Feds will reveal it doesn’t happen very often. In fact, it’s extremely rare. Note too, that Reed was “nearly bankrupted” by the Feds. Sound familiar? 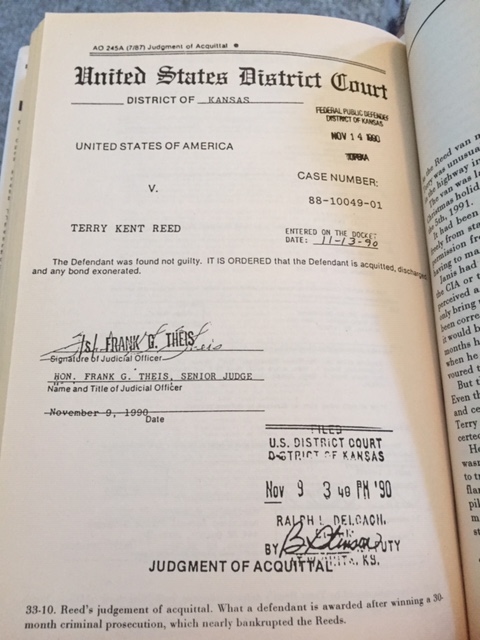 Moreover, Reed didn’t find out who Johnson was until later.

…(Reed) would espy the BIG PICTURE of his Agency involvement by discovering that Robert Johnson was none other than WILLIAM P. BARR, the Attorney General of the United States.

It was William P. Barr, who became President George Bush’s Attorney General in 1991, an apparatchik who always has a way of emerging from the shadows when Bush needs his trail covered. – p. 541

In many ways, what Barr, the CIA and DOJ tried to do to Reed is exactly what Mueller is trying to do to Paul Manafort and Gen. Michael Flynn today. Why on earth would Trump nominate such a person to lead the Department of Justice?

Trump Nominee should be Dis-BARRED

Over the last two years, the American people have grown accustomed to Trump assailing his first AG, Jeff Sessions as incompetent. We’re to believe that Trump was caught off guard by Sessions’ decision to recuse himself over the Russia investigation.

Furthermore, Trump has also assailed the Mueller investigation as a ‘witch hunt’ that not only targets innocent people but avoids prosecuting real criminals.

The problem is that Trump has nominated someone who is a deep state criminal, by Barr’s own alleged admission.

As a result, not only will no such people face justice but Trump’s supporters should be left with the sense that the President they so revere is either compromised himself or is being played by the deep state swamp. 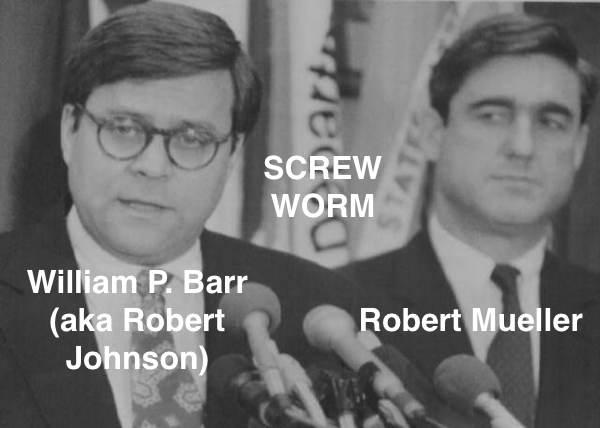 On Sunday, September 27th, Maria Bartiromo tweeted that her sources were reporting that there would be no report or indictments from U.S. Attorney John Durham relative to the case against the Deep State.

This was all predictable.

Late last year, I tweeted this and it remains the pinned tweet on my timeline:

One week before IG Report comes out, Go Daddy server and backup server hosting our website “crashed”, wiping out entire site, including this post. Video of Bill Clinton doesn’t appear on Wayback Machine post but is below.#BarrIsStalling #Menahttps://t.co/SjQ3Uy96Ca pic.twitter.com/l5onV0ekZf