So “George” is now “Melissa,” and that may give you some inkling of the controversy going on at Keller ISD north of Fort Worth. 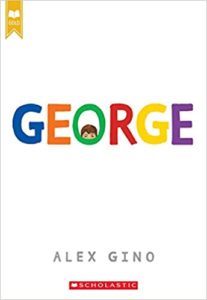 So-called educators, in their typical academic fog, want children to be exposed to this book that’s all about a boy who thinks he’s a girl. The book is classic gay propaganda and was challenged.

The review committee, comprised of six school employees and two parents unanimously agreed to keep the book in the classroom.

It’s author, Alex Gino, is self-described as genderqueer, and that is what the book is all about. 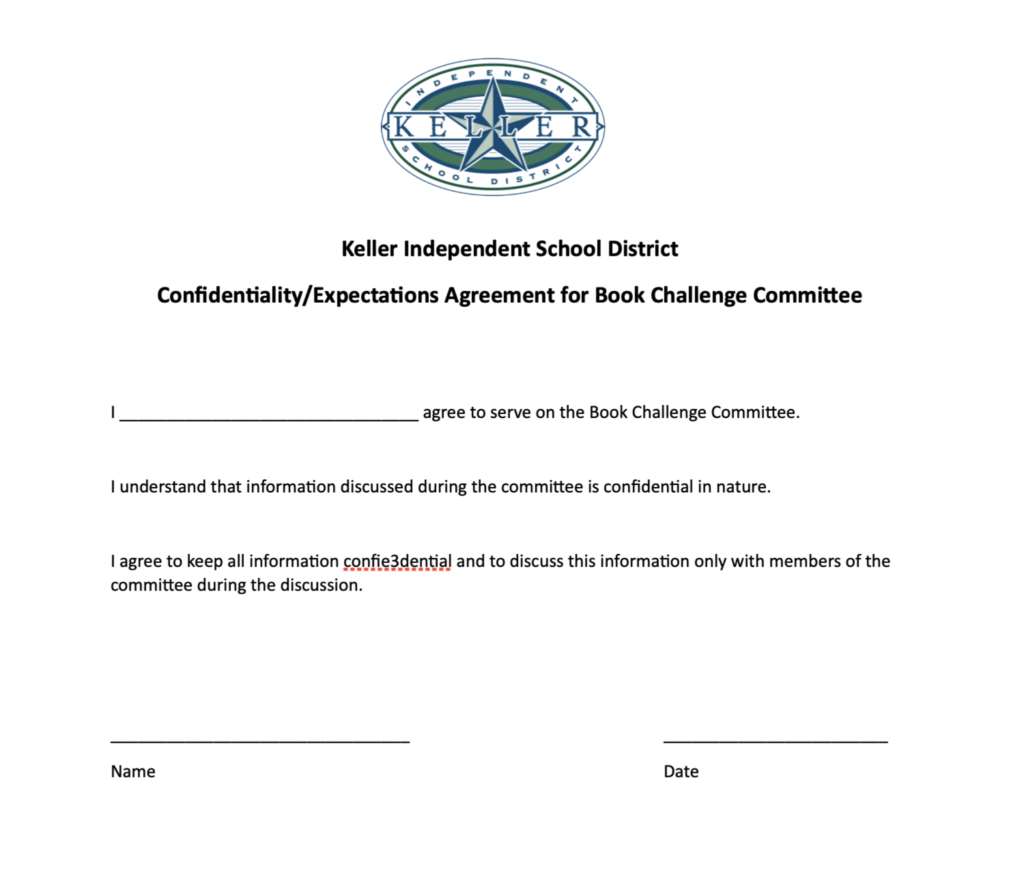 The story of “George,” as recounted in the Daily Caller is about a parent, Christine Molloy, who was asked sign a non-disclosure agreement (NDA) in order to sit on the review committee. The NDA is intended to keep all information discussed by the committee confie3dential. That’s how the ISD’s former spelled the word, so who are we to correct it?

MORE FROM THE DAILY CALLER:  Round Rock ISD tells teachers not to “out” non-binary students to parents.

So the controversy was at two levels.

First was the book itself and whether it is it for human consumption, especially by young humans still in grade school.

Second was that the ISD wanted to keep the challenge reviews behind closed doors. KISD’s lawyer says the reason behind that is to prevent the review committee from being subjected to scrutiny, social media posts, and other such things that the Left doesn’t enjoy when it is on the receiving end. Besides, what a nice way to couch it when freedom of speech is being subverted.

The book, of course, made the cut and if your child attends school in Keller, s/he likely has access to it.

What is “George” all about?

Since we haven’t read “George,” now entitled “Melissa,” and since we never would read it, we turned to Alex Gino’s website and to Amazon to find the answers. Here’s a synopsis of the storyline:

BE WHO YOU ARE.
When people look at George, they see a boy. But George knows she’s a girl.
George thinks she’ll have to keep this a secret forever. Then her teacher announces that their class play is going to be Charlotte’s Web. George really, really, REALLY wants to play Charlotte. But the teacher says she can’t even try out for the part … because she’s a boy.

It’s just your typical boy is boy but wants to be girl, and so decides to change pronouns, but discovers heartbreak when participles are not the only things that dangle.

To be sure, the book has won awards from several left-wing and LGBT organizations:

On Amazon.com, ratings ranged from 5 stars to just a single star. Those who loved the book were impressed with its “eye-opening” narrative. One would suppose that most of those folks are leftists or academics that seem to revel in this sort of gender confusion.

On the other hand, the one-star reviews are quite interesting in what they reveal:

Another reviewer pulled some excerpts from the book.

Here are some excerpts:
She immersed her body in the warm water and tried not to think about what was between her legs, but there it was, bobbing in front of her.

There was nothing George dreaded more than when boys talked about what was in her underpants.  “So, like, do you want to”–he made a gesture with two fingers like a pair of scissors–“go all the way?”

Melissa took off her own underwear, stepped into Kelly’s, and pulled it up under her skirt. She lifted her skirt to see her underwear, covered in tiny red hearts. She pulled it down, sat, and peed; just like a girl.

Who is Alex Gino?

Gino is the person who wrote “George” and then transgendered the book into “Melissa.” This is from Wikipedia:

Gino is genderqueer and uses singular they pronouns and the honorific Mx.

And it gets weirder. Also from Wikipedia:

Gino was born and raised in Staten Island, New York, but over the years they have lived in such locations as… They have also spent time living in an RV and driving around the country.

I might like to drink a beer with they sometime and try to discover just what makes they tick. Something tells me that if I ever met Mx. Gino, I might need to drink more than just one beer. Anyway, they is a great example of the inspiration that led me to write a song about gender confusion.

I wrote this around Thanksgiving, 2021 and set it to music. I have never played it in public (as of this writing) but I’m thinking about it. I might even play it for they if they ever come to one of my performances. That is unlikely, thank God!

Men in bras, boys in panties.
Women with whiskers, uncles now aunties.
Nothing to do with how you dress or why.
It’s all about how you identify.

And now we sing in gay profusion
A sweet little song about sexual confusion.
Boys will be girls and the girls will say.
They want to be neither so their pronoun’s “they.”

When I was in school and we learned about sex,
It was all binary and it wasn’t complex.
With an innie you’re a girl, with an outie you’re a boy.
But a nip and a tuck and now Rhonda’s Roy.

You dance with Lola and she acts so rude.
Then you start to wonder, she a babe or a dude.
You ask her all about it and she tells you to hush,
But it looks like stubble underneath that blush.

There’s a room labeled women and room called men
But you don’t need papers. You stroll on in.
We’ve got these letters L-G-B-T.
And then we add Q and we’re headed to Z.

Men in bras, boys in panties.
Women with whiskers, uncles now aunties.
Nothing to do with how you dress or why.
It’s all about how you identify.

The book “George” and this little song have something in common. That is that there are some people in the world that have very strange and creepy ideas.

Unfortunately, far too many of them are in the business of teaching our children.

Watch for Lynn’s new short story collection “Darker Secrets” in which men are men and ladies are not.