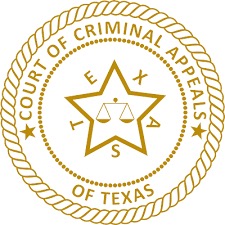 The case, State of Texas v. Stephens, centered on the 2018 indictment of Jefferson County Sheriff Zena Stephens along with two others for accepting illegal cash contributions from a Beaumont car dealership owner who was under federal investigation.

Stephens was indicted on one felony count of tampering with a government record and two counts for the misdemeanor of accepting a cash donation exceeding $100. The Beaumont Enterprise described the felony charge as “tampering with a governmental record for allegedly reporting the $5,000 donation in the section of her campaign finance report designated for documenting donations of less than $50.”

An investigation was conducted by the Texas Rangers with its results presented to the Jefferson County District Attorney who in turn advised the Rangers to contact the Attorney General’s office. Though district attorneys have jurisdiction for such cases, the Texas Constitution also directs the Attorney General to “perform such other duties as may be required by law.” With that, the Attorney General used prosecutorial discretion to pursue the case and moved it to Chambers County for the start of a three-year legal battle.

With regard to the legal argument made, the Enterprise reported:

Ultimately, the ongoing-case swiveled on whether the Legislature “properly authorized” the Attorney General to prosecute election-law violations.

“Against this, Stephens argues that the lower court broadened the Attorney General’s power in a manner violative of the separation of powers requirement in the Texas Constitution,” court documents state.

Election integrity is an issue undoubtedly on the minds both of many Americans and of many Texans. And despite those on the political left telling us that voter fraud doesn’t exist, per the Texas Attorney General’s Office, 534 election fraud offenses involving 155 individuals have been prosecuted since 2005. Currently, a total of 510 offenses are pending against 43 defendants while an additional 386 active election fraud investigations are ongoing.

This backdrop of cases and investigations makes even more disturbing the Dec. 15 Stephens ruling in which the CCA declared Section 273.021 of the Texas Election Code – a statute granting the Texas Attorney General authority to “prosecute a criminal offense prescribed by the election laws of this state” – as unconstitutional.

In a Townhall.com column, Texas-based talk show host Chris Salcedo says this of the court’s decision:

First, CCA’s decision is illogical. The Court says that because county and district attorneys are created under an article called “Judicial Department,” their role in prosecuting crimes is a judicial rather than an executive function. At the same time, because the Attorney General is created under the “Executive Department” article, he cannot prosecute crimes because that’d be “judicial” and thus an impermissible encroachment on a “judicial” function by an executive. You read that right! The court has laughingly proclaimed that a Texas Attorney General cannot prosecute crime. That would come as a shock to…well…just about anyone with a brain.

It is shocking that a court has proclaimed a state attorney general ineligible to prosecute crime, but this isn’t the only “shock” presented by this case.

The State of Texas v. Stephens ruling was an 8-to-1 decision made by a Republican court. Of course, statewide election to office in Texas is difficult without an “R” by your name. The term “RINO” doesn’t exist for nothing and it would seem a group of new examples has emerged.

In his column, Salcedo discussed how “stealth left-wingers have been running in Texas elections for years” and lamented conservatives having “learned the lesson the hard way” that “Republican” is not necessarily synonymous with “conservative” or “originalist.” He’s certainly right about that.

And there’s another troubling aspect of this decision. It was handed down on Dec. 15, two days after the candidate filing period for the March 2022 primary ended. Three of the judges, Keel, McClure and Walker, are up for re-election and only one, Walker, faces a primary opponent. Might this action have been purposefully timed to escape a primary challenge backlash in light of the ruling?

Attorney General Ken Paxton suspects as much. He discussed that and other concerns regarding the ruling in a recent appearance on War Room Pandemic. Paxton specifically cited that as local district attorneys – many in office with help from George Soros-affiliated PACs – refuse to prosecute certain classes of crimes (including election integrity), this ruling opens the door to voter fraud or other election-related crime going completely unchecked.

This case was also a topic of conversation this morning on Austin’s Talk Radio 1370 AM with Cardle & Woolley.

The integrity of our elections must be protected and the invitation for illegal voting and other irregularities as created by this ruling cannot be allowed to stand. Paxton has filed a motion for rehearing, but meanwhile other action can be taken legislatively.

Citizens should encourage their legislators to support a constitutional amendment restoring the Attorney General’s prosecutorial power over election law violations while Gov. Abbott should call a special session to specifically focus on this issue.

New attention must also be given to courts such as the Court of Criminal Appeals and the Texas Supreme Court. Conservatives must develop a robust vetting program to identify judicial candidates who want an (R) beside their names as something more than a marketing ploy.

Democrats have long been strategizing on how to “turn Texas blue.” Who would have predicted that a questionable ruling by eight “Republican” judges might ultimately hand over such a victory?

Lou Ann Anderson worked in central Texas talk radio as both a host and producer and currently hostsPolitical Pursuits: The Podcast. Her tenure as Watchdog Wire–Texas editor involved covering state news and coordinating the site’s citizen journalist network. As a past Policy Analyst with Americans for Prosperity–Texas, Lou Ann wrote and spoke on a variety of issues including the growing issue of probate abuse in which wills, trusts, guardianships and powers of attorney are used to loot assets from intended heirs or beneficiaries.