Tom Stiglich’s bio says “he started as a child and never stopped.”  Let’s hope he never does.  I‘ve enjoyed his work for years, but one of his recent cartoons went beyond simply making a political point.  It called out a cable news network for the damage it causes in support of the Chinese Communist Party. 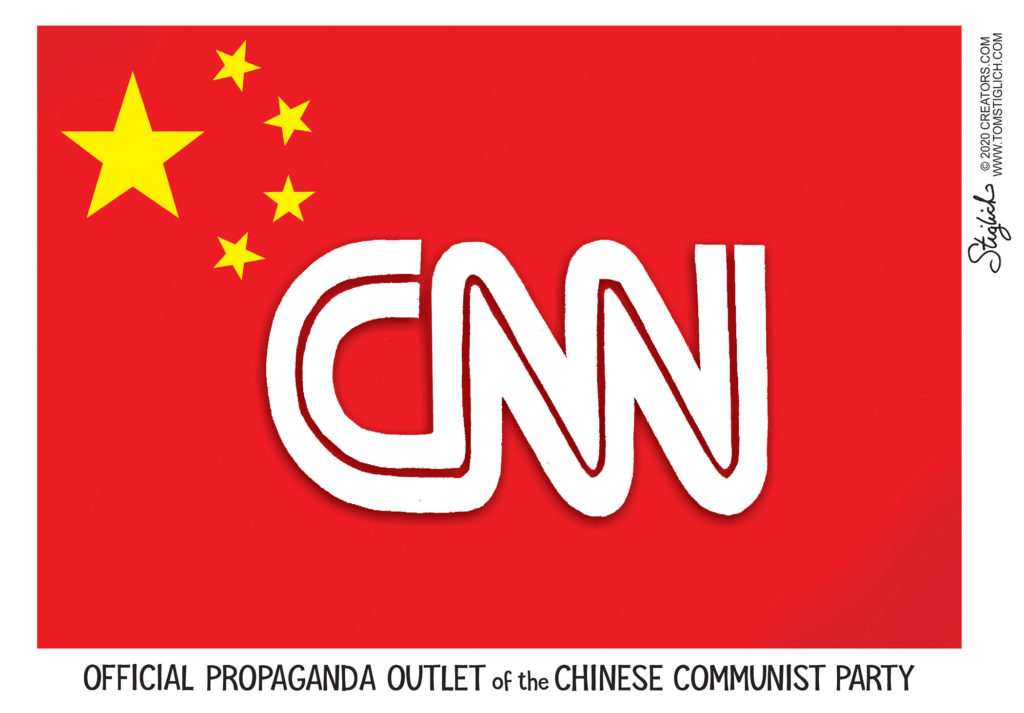 The cartoon was a simple CNN logo over a Chinese communist flag with the caption:

It occurs to me that the American Left will not take kindly to this cartoon.  I can just see nasty progressives who LOVE China planning boycotts.  Some will cancel their subscriptions to any newspaper that carried the cartoon—but not to worry.  I cannot imagine many newspapers had the balls to do it.  Most are far too left leaning, and others simply won’t go there.  Most newspapers carry a full load of Associated Press dispatches – virtually all of which are anti-Trump and some of which also go easy on China.  So running this particular cartoon would not advance the narrative.

But MY newspaper DID run the cartoon.

That’s how I knew about it in the first place.  This pleased me very much, and I immediately found the cartoon online and ran it on Facebook.  I also shot off a letter to the editor of the Temple Daily Telegram:

“The Saturday political cartoon by Tom Stiglich was a most-appreciated dose of reality.   Since the breakout of the Wuhan Flu, CNN has gone out of its way to heap praise on the Communist Chinese Party.  Don’t bother googling because the algorithms also favor the CCP.

But you can see a short montage on You Tube dated March 19th assembled by Tucker Carlson.   Carlson opens by saying:  “Some CNN contributors have become emissaries for Beijing.”  Then, he proves it by running long excerpts of CNN field reports.

CNN Reporter (unnamed):  “It was China that came to the rescue as Italy shook, sending medical personnel, 9 palates of ventilators, electrocardiographs, and tens of thousands of masks…appreciated by Italians stuck at home singing China’s praises.”

In another story, after the obligatory Trump-bashing, the reporter says: “With China now stepping into the global leadership role long abandoned by the American president…”

Carlson wrapped up by correctly accusing CNN of “bootlicking and flacking for the communist government.”  He said, “If they [CCP] ever take over, Jeff Zucker [CNN’s CEO] will be there serving them.”

People who get their news from CNN are clueless about the constant subversion and disinformation campaigns carried on by the Chinese Communist Party.  Tom Stiglich is to be commended for having the courage to draw this cartoon, as is the Temple Daily Telegram for running it.”

The Chinese Communist Party is the world’s greatest threat.

As the Wuhan coronavirus was incubating and starting to spread, American left-wing politicians had just wrapped up two unsuccessful attempts to oust President Donald Trump.  They were shouting “Russia Russia Russia” when they should have had an eye on China.  It was during the impeachment process that the pandemic got its start with the American Left and good old CNN in an endless loop of “we’ve got him now.”  They never got him, but the outbreak got us.

The embarrassment that is CNN never relents in its animosity to Trump –even if it means heaping praise on the Chinese Communist Party.

However, here’s some critical information that comes courtesy of The Epoch Times. 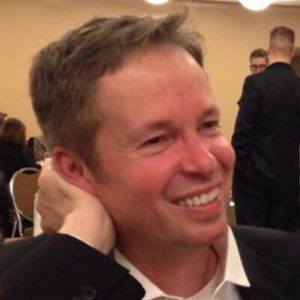 The  pandemic is far worse in countries that have become entangled with the CCP.  Italy, Iran, South Korea, and Japan have experienced great suffering – and all are heavily engaged with the CCP.  Italy was the only G-7 nation to sign onto the People’s Republic of China (PRC) Belt and Road Initiative.  The Iranian regime has had a comprehensive partnership with China since 2016.  South Korea and Japan were slow to close borders to Chinese tourists.  This is Karma at work.

On the other hand, Taiwan, which is in close proximity to Mainland China acted swiftly, and has experienced little impact from the pandemic.  Hong Kong, which has been involved in massive anti-communist protests, has largely been spared.

Lynn Woolley is a writer at www.WBDaily.com and podcaster at www.PlanetLogic.us.

His email address is lwoolley9189@gmail.com.