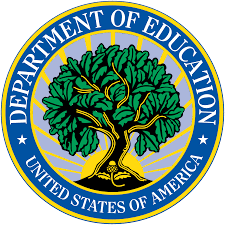 Public comments are needed as the Biden Department of Education seeks to radically rewrite Title IX of the Education Amendments of 1972. Who will benefit? Certainly not the women whose “rights” this administration so claims to defend.

Biden’s Department of Education is proposing a new rule that will put women’s safety and privacy at risk, and deprive women of athletic and professional opportunities. It would do so by radically rewriting Title IX of the Education Amendments of 1972.

For fifty years, Title IX has been enforced using the self-evident definition of “sex” –– a person’s status as male or female based on immutable biological traits.

The new rule, proposed by Biden’s Department of Education will redefine “sex” as used in Title IX to include “sex stereotypes, sex-related characteristics (including intersex traits), pregnancy or related conditions, sexual orientation, and gender identity.”

The consequences of such a rule change would be monumental:

It is time for honesty on the nature of biology as immutable and unchangeable, and on the purpose and essence of Title IX—a federal law once advanced by liberals and feminists as ultimately protective of the rights of women and girls (but on which many have turned their backs).

When the Department of Education, the NCAA, and governors advocate for the inclusion of biological males in women’s athletics, they are undoing the 50 years of progress made under Title IX. Now, more than ever, female athletes are fighting for their right to fairly compete.

Along with filling the shoes of the athletes who paved the way, we must resist such a lawless interpretation of longstanding law to ensure that the next generation of female athletes gets the same opportunities we had—and no less.

Public comments are being accepted through Sept. 12, 2022. It’s important that people stand up and allow their voices to be heard. Comments might be as follows:

This attempted redefinition of sex is one of the most ridiculous actions of the last 18 months and that’s in a field where competition is fierce.

To upend girls’ programs that have provided great physical and mental/emotional benefit to young women is cruel. And these programs have provided opportunity potentially impactful for these girls’ entire lives.

No one in the Department of Education is elected. Sadly, neither is anyone particularly accountable. The American public, however, is tiring of this disconnect and that should be noted. For this agency and the individuals championing this cause to propose such dramatic action is a travesty.

It’s obvious any mission of your agency in facilitating the education of American students with basic skills – reading, writing and math – is a disaster. If failure is a measure, you’ve well-earned an “A.” Passage of this new “redefinition” will show that consistency also seems to be a strong suit. Sad that it will be at the expense of a healthy American society and specifically at the expense of our young women.

As federal agencies love putting together “instructional” videos, let’s see one with DoE employees and their daughters discussing the benefits of your radical proposition. I always see adults advocating this nonsense, why do we rarely, if at all, see young women?

Per Heritage, the Biden administration has had to withdraw two rules because of overwhelming public pressure in opposition.

Let your voice be heard!