Random Samplings of a Logical Mind 3

Whatever strikes my fancy, you’ll find it here.

Let’s start with another black man, dead at the hands of a white policeman.

In the wake of the Minneapolis killing by the police, two things have to change.

Here we go again. We’ve seen this before, and now the racial three-step is playing out in Minneapolis. Step 1: a minority male, usually black, is suspected of committing a crime and usually resists arrest. Step 2: the police take him into custody using unnecessary force and the suspect dies. Step 3: demanding justice, area residents riot and burn buildings while stealing and/or destroying property. 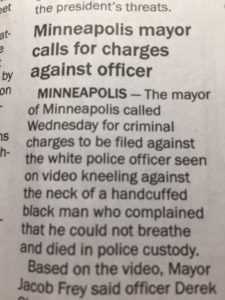 We’ve seen this happen before with the Eric Garner case in New York. Garner told the cop. “I can’t breathe,” but the cop was unmoved and Garner, who couldn’t breathe, died.   It’s eerily the same story in Minnesota where 46-year-old George Floyd, suspected of passing a counterfeit bill, told his arresting office he couldn’t breathe. The cop, Derek Chauvin, paid no attention and kept Floyd pinned with a knee on his neck.   Chauvin, and three other police officers — Thomas Lane, Tou Thao, and J. Alexander Kueng, were fired on Tuesday.

President Trump has ordered the DOJ and the FBI to investigate. He’s right to do that. Of the two things that we must do in this country, weeding out bad cops is at the head of the list.

Most cops are not bad.

Most are a welcome sight when you’re in trouble and you need help. Never mind smart-alecky cops that stop you for speeding and ask you if you knew how fast you were going – an irrelevant question since they’re about to ticket you anyway. I could write a column about traffic tickets – but that’s for later.

On 22 November 2014 Tamir Rice, a 12-year old African-American, was shot in Cleveland, Ohio by Timothy Loehmann, a 26-year-old police officer. Rice was carrying a replica toy Airsoft gun; Loehmann shot him almost immediately after arriving on the scene.

I’m also talking about cops like Carmen DeCruz in my hometown of Temple, Texas who wrestled with 28-year-old Michael Lorenzo Dean over his car keys, and seemingly inadvertently shot Dean dead. This was during a routine traffic stop, and there is no apparent reason that Dean had to die. The City of Temple was lucky. The minority community was not happy, but marches were all peaceful.

Now to the other thing that must be done.   When an incident such as this occurs, even when the police acted responsibly, we often see riots in the streets. In places like Ferguson, Baltimore, and now Minneapolis, rioters break store windows, steal items like TV sets, overturn cars, threaten people and police, and even set buildings on fire.

In America, we have a right to assemble, but we do not have a right to steal or destroy property that belongs to other people. This is all exacerbated by live TV – especially as covered by CNN — a network that calls rioters protesters.

Breaking store windows is not protesting. It’s vandalism. The problem is that the rioters seem to get away with it. It’s time that, in cases like this, we do what it takes to protect property and arrest and convict those who destroy it.

We need justice for people like George Floyd, Eric Garner, Tamir Rice, and Michael Lorenzo Dean. But an innocent person whose property is destroyed or stolen deserves justice too.

I’m primarily a writer, and so while I’ve been sheltering in place, I’ve done some freelance work for The Epoch Times, and for Tractor Creative. I’ve also written four new short stories – one of them a 13,000-word vampire tale. That makes 35 stories I’ve written with just six of them ever published.

I’ve been using my spare time to keystroke the older stories, and bring them up to date, and to collect them into volumes. The old way to publish a book is stone cold dead, killed by the internet, unless you’re a name author like Stephen King. So I’m publishing the new-fashioned way. I’m doing it myself. 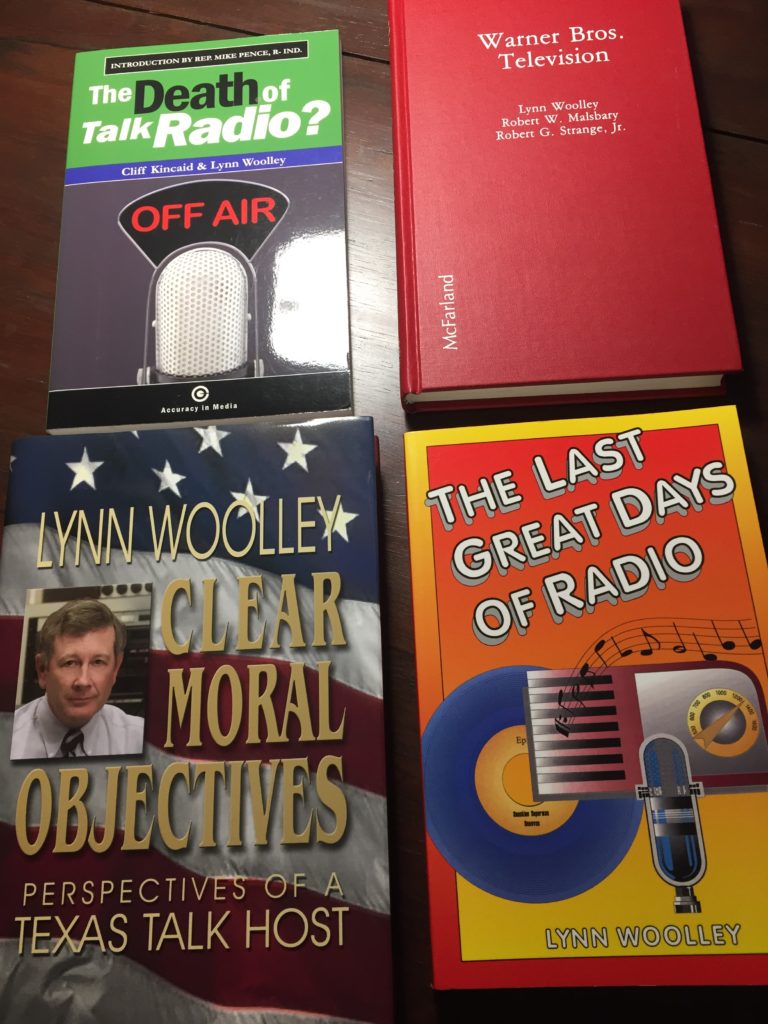 I spent the morning on Amazon.com building my “author’s page.” I learned that authors can create their own page on the site and put in a bio and book information and eight photos. So I wrote a bio of myself that mostly covers my writing career, and popped in eight photos of me in various locations at the mansion, in Oklahoma City, San Antonio, and New York. Also, you’ll find some new book titles and more information on my fiction.

I’ll have a new book of stories up on Amazon soon. So watch for it. I’ll also see what kind of outside promotions I can do now that Texas is opening back up. I’m hoping to do a few speeches and signings. It all depends on what the lovely coronavirus does to us over the next few weeks.

I put this up on Facebook a few days ago:

Miss Juniper, Miss Tomkins and Miss Eccles got together and discovered something in common.

The answer this riddle lies in sixties pop music. All these ladies are named “Jennifer.” Donovan had a song called “Jennifer Juniper.” The Street People did “Jennifer Tomkins,” and the Hollies did “Jennifer Eccles.”

Of these, the most interesting song is “Jennifer Tomkins.” It’s a production piece intended for a young audience, but the chorus is as infectious as coronavirus – and the entire song is clever. Rupert Holmes was one of the writers –the same guy who later hit it big with “Escape (The Pina Colada Song)” and produced the cable TV series “Remember WENN.” Here’s how the song came to be, according to Wikipedia:

In his 20s, Holmes was a session musician (producing sessions, writing and arranging songs, singing and playing a few instruments). In 1969, Holmes and Ron Dante (the Cuff Links, the Archies) recorded “Jennifer Tomkins” for release on their second album, The Cuff Links. During the recording of that album, Dante was prohibited by the studio that produced the Archies from any involvement in new recording ventures and was forced to drop out of The Cuff Links. Holmes finished the project and released “Jennifer Tomkins” separately under a different studio name, Street People (not related to the mid-1970s band of the same name). The song was on the Billboard Hot 100 for 15 weeks, beginning January 3, 1970, reaching a peak of 36.

I have the 45 RPM single, and enjoy running a needle thorough it occasionally. By the way, “Jennifer Eccles” had a backstory, too. Graham Nash sang backup vocals on this record and he had been married to a woman named Rose Eccles.

Who was the best guitar player in the Beatles?

You’d have to say George Harrison. He was the official lead player and was an accomplished guitarist. He wasn’t as prolific a songwriter as John and Paul, but he wrote three Beatles classics – all with awesome guitar solos.   I’m speaking of “Something,” “Here Comes the Sun,” and “White My Guitar Gently Weeps.” Note that Eric Clapton played lead guitar on “Weeps.”

I’d put Paul McCartney after George. McCartney played bass, but he is an amazing left-handed guitar payer as well. Paul wrote the folk-style song “Blackbird” which has become a standard for finger-style guitar. The fact that he can play it is a tribute to his guitar talent.

John Lennon could play lead guitar as well, even though he downplayed his guitar prowess. John played lead on “Revolution,” and on Paul’s song “Get Back,” while Paul played lead guitar on John’s “Ticket To Ride.”

The bottom line is that they all three pretty darn good on guitar.