Welcome to “Random Samplings of a Logical Mind.” Left-wing intolerance and Biden’s penchant for Executive orders are on my mind today.  Excuse me while I rant. 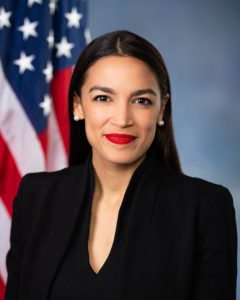 Ask me this prior to the election, and I’ll tell you that Talk radio is too big a force to be silenced. But now that the King of Executive Orders is president, all bets are off.

The Left is on the warpath, smelling blood, and working to consolidate power while they have control of the House, the Senate, and the Presidency.   The current push to silence anyone who’s not politically correct is overt and unapologetic.

People like Alexandria Ocasio-Cortez are not shy about saying that conservatives must be reprogrammed. And the New York Times carried a piece about how talk radio converts millions of people into conservatives, and how talk radio is the heart of Trumpism. If that’s what the Left thinks, then Talk Radio will be the next target.

First, they’ll try to cancel FOX News and Newsmax TV. But they’ll get around to us.

Video:  The View looks at AOC and others of her ilk. The woman in green has a few facts wrong.

ISSUE TWO: Where is the Supreme Court while Biden rules?

Normally, I would not want a branch of government to interfere in the business of the other two branches. That’s why we have separation of powers.   But since President Biden* has set himself up as a one-man legislature, somebody should protest. It ought to be Chief Justice John Roberts.

According to the Constitution, only Congress can make laws. What Biden is doing with all the executive orders, is assuming the powers of the Congress. Were I a member of that body, Republican or Democrat, I would be furious that any president is taking away the constitutional power of my branch.

The Chief Justice himself breached that rule when he saved Obamacare by legislating from the bench. So who will be the champion? Chuck Schumer is having a gay old time with this. So Mitch McConnell? So far, nobody.

Video:  All Presidents use them, but Biden is setting records.

When I talk about Separation of Powers, I am talking about respecting the clear words of the Framers – no matter who is in office. Even though I supported the policies behind Donald Trump’s executive orders, I still doubted he had the power.

When Obama was in office, he bragged about using his “pen and his phone” to make laws – as he did with DACA. It seems to me, though, that executive orders are for temporary and possibly emergency situations.   And I don’t mean climate change. I mean like when millions of illegals are breaking into our country.

I’ve always held this opinion so the trolls can pound sand.  In the meantime, we need to have a bipartisan consensus about where to draw the line on executive power. If we don’t do that, future presidents will laugh off the Congress as irrelevant. Like Biden*.