Random Samplings of a Logical Mind is where I talk about anything that enters my, well, logical mind.  And, we sometimes turn on a dime.

The Associated Press, like its left-wing brethren CNN, the New York Times, and WaPo, is all in on the concept of right-wing extremism.

In a story by Andrew Selsky, the AP cherry picks a few incidents to show that the real terrorist problem in this country is not from Muslim extremists or from Antifa or Black Lives Matter.

According to the AP, white supremacists are to blame.

The wire service cites as proof, these incidents: a 2016 takeover of an Oregon bird sanctuary by right-wing extremists; a siege in 1992 that pitted white separatists against the government at Ruby Ridge, Idaho; and the 1995 bombing of the Oklahoma City federal building. 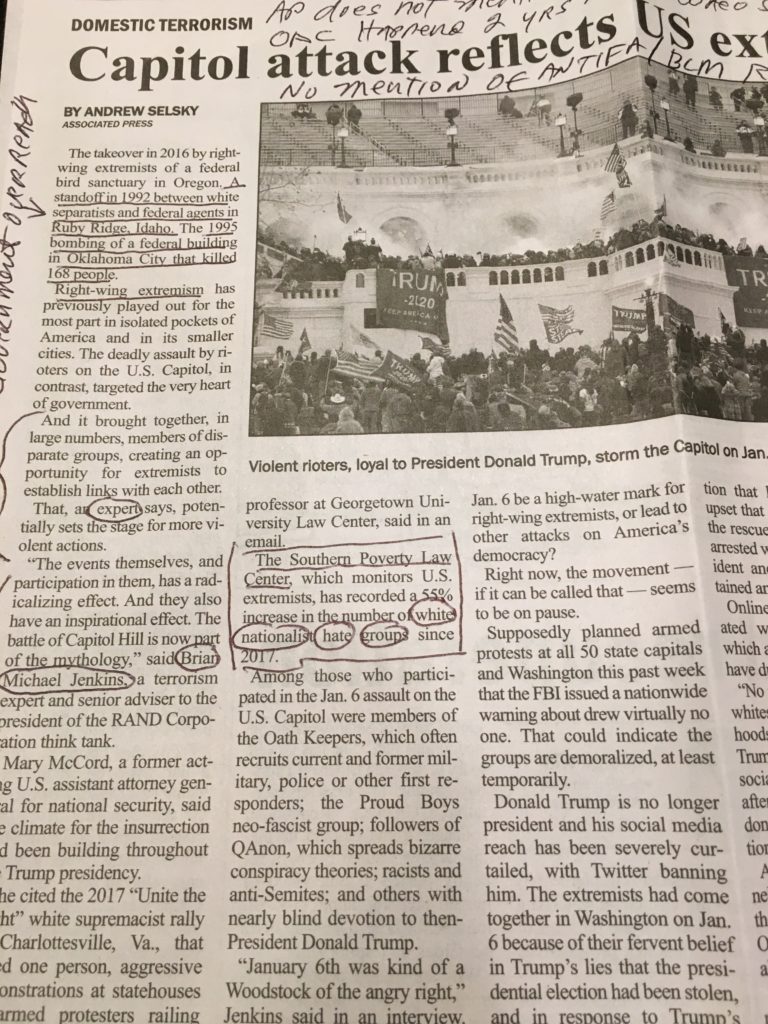 Andrew Selsky’s story, clipped and marked up for use on air. (Photo by Lynn Woolley for WBDaily.)

Reading this article, you’d think it was hatred from the right – pure and simple – but that’s not true. Important details are omitted – and that’s one way the AP lies.

Randy Weaver was an iconoclast who lived with his family in a cabin in the woods. The government didn’t approve of that, so they went after Weaver on a gun charge.

When he failed to show up, the FBI was determined to bring him in. Agents encountered Weaver’s 14-year-old son, a friend, and the family dog in the woods near the cabin and a shootout ensued. A U.S. Marshal was killed and so was young Sam Weaver and the dog, Striker.

The FBI came back with sharpshooters and picked off Weaver’s wife Vicki. Weaver and his three daughters surrendered the next day. This is your government at work. 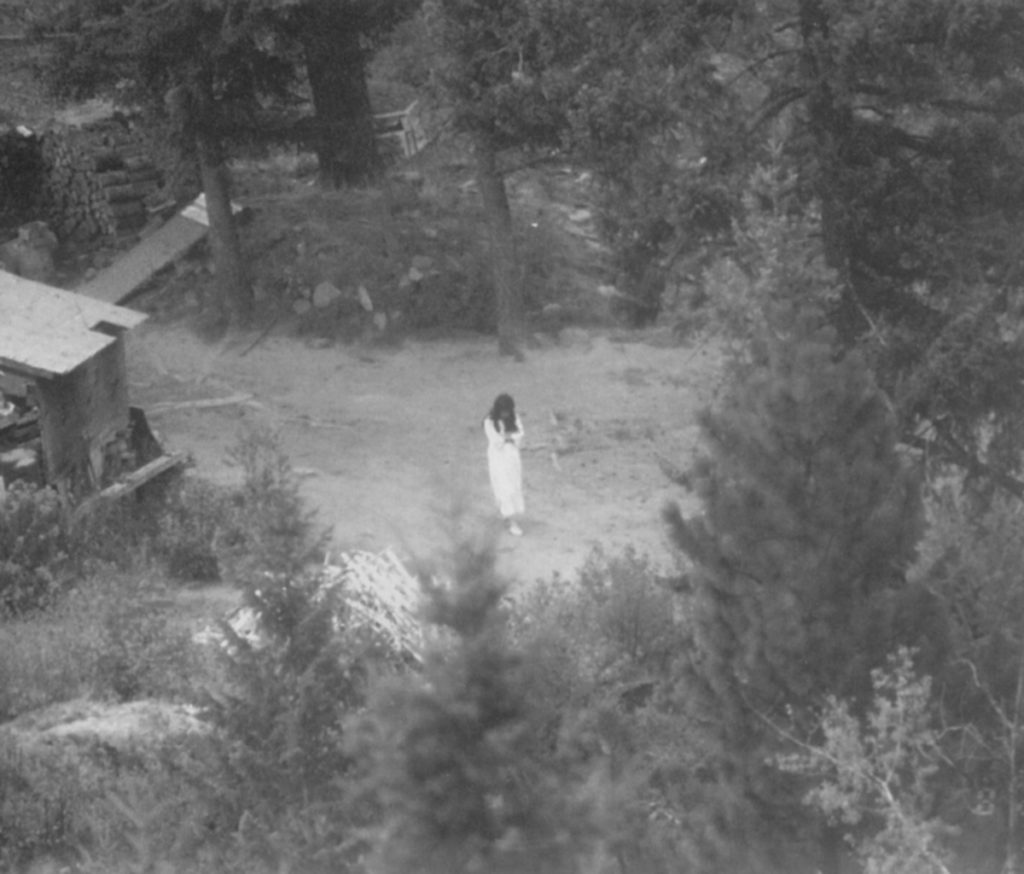 This is the last photograph of Vicki Weaver before she was killed by an FBI sniper 22 Aug 1992 in the Ruby Ridge standoff. It was taken by USMS surveillance the morning of 21 Aug 1992 and was evidence at the subsequent trial.

At the trial, Weaver was acquitted of all charges except the original one. He sued the government and won a settlement of $3.1 million. And that is what the AP left out of their story. You could look it up on Wikipedia.

ISSUE THREE: Who is the best guitar player ever?

It’s all a matter of opinion, of course, but I’m going to go with Glen Campbell.

But hold on! Roy Clark might have been better.

I know what you’re thinking: Jimi Hendrix and Prince were amazing…

…and what about Eric Clapton and Jimmy Page?   So how to solve this question…

Part of it depends on genre. If you like Spanish guitar and lighting fast picking, you might choose Jose Feliciano. Then again Stephen Bennett is hard to ignore and Tommy Emmanuel is a wizard with an axe.

If you’re a Beatles fan, you might go with George Harrison or even Carl Perkins. If you like the Chet Atkins style, then consider Chet, Merle Travis, Doc Watson or Les Paul. Ricky Skaggs and Vince Gill are primo pickers as well and so is comedian Jim Stafford.

The bottom line is that there a lot of great guitar pickers and no one has to choose just one!