Random Samplings 42: Useful Idiots in the GOP & Investigating “The Insurrection”

ISSUE ONE: Liz and Mitt.

Liz Cheney, who is a swamp rat from a family of swamp rats, likes to talk smack about Donald Trump. When she does it, she draws the attention of left-wing media like CNN.

They invite her on the network and give her an open microphone to lambaste Trump all she wants.   Cheney takes the bait, and forgetting that 74-million of her fellow Republicans voted for Trump, she spouts Democrat talking points.

CNN keeps inviting her back and milks the story for days.

Liz’s dad was hated by the Left, but so what? If Liz volunteers to be CNN’s useful idiot, they’ll give her a platform so long as she trashes the leader of her own party.

Liz Cheney is tone deaf, but so is Mitt Romney. Mitt is supporting the January 6th Commission, a pet project of the radical Left. That makes him a very useful idiot — even more so than Cheney. 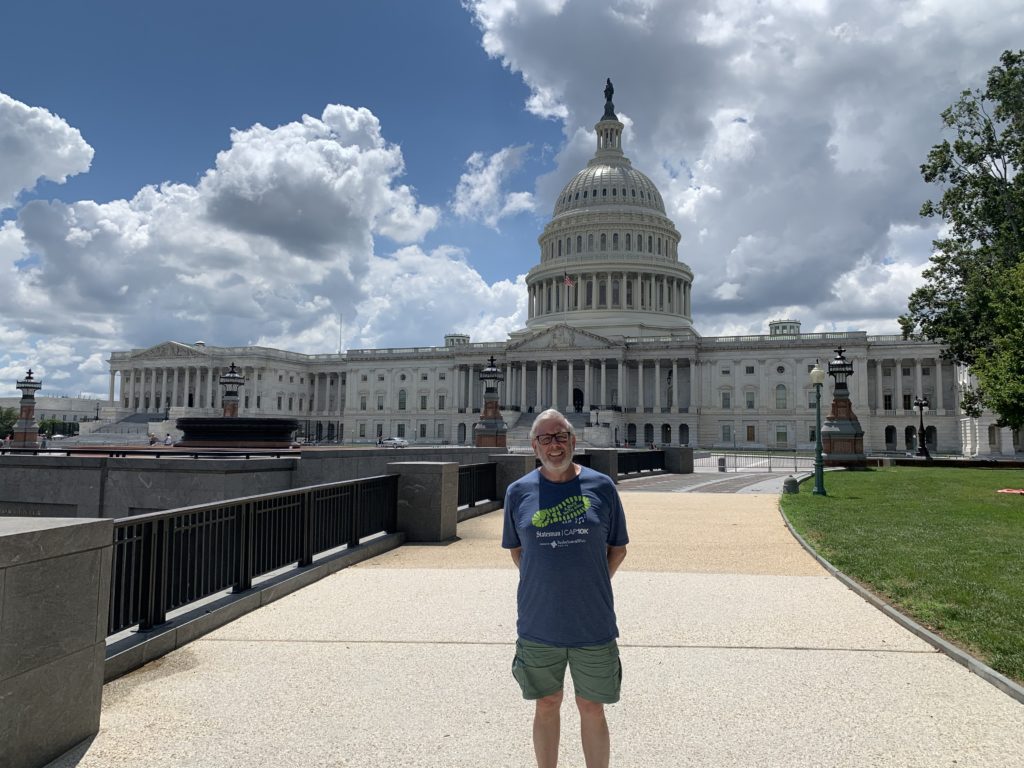 Lynn Woolley at the Capitol on 6/21/20. (Photo by Julie Sullivan for WBDaily)

To paraphrase Ilhan Omar, some people did something on January 6th after the 2020 election. In the scheme of things, it wasn’t as bad as it might have been. No one tried to burn down the Capitol, and no one was murdered like in the Black Lives Matter riots.

Four people died from natural causes and one unarmed protester, Ashli Babbitt was shot and killed by an unnamed Capitol policeman.

But to CNN and the Left, it was “The Insurrection.”

I, in fact, would like to see a real investigation of all the recent political riots. But we can’t have that. First, we’d learn far too much about BLM and Antifa. And we’d find out who killed Ms. Babbitt.

If Nancy Pelosi runs the investigation, it will be a left-wing indictment of Trump and all 74-million of us that voted for him. Pelosi and the Dems are not seeking justice. They want revenge.

A serious and nonpartisan investigation of the Capitol Breach might reveal some interesting facts. Here are some things we’d like to know – as compiled by Jeff Crouere in Townhall.

Why did a Capitol policeman shoot and kill Trump supporter Ashli Babbitt?
Why hasn’t the policeman been identified and charged?
Why did CNN falsely report that officer Brian Sicknick had been killed by Trump supporters brandishing a fire extinguisher?
Why did it take so long to get the autopsy report?
Why was security so lacking at the Capitol when such a huge crowd was expected?
Did officers stand aside for protesters to enter? How many left-wing agitators were in the crowd?

Most Americans would like to know these things. But if we get Pelosi’s partisan investigation, you can bet that these questions will go unanswered.