Has anything changed in eighteen years?

ISSUE ONE: Up is down.

In 2003, I thought the country had gone crazy. I decided to write a book about all the things I thought were wrong—and how to fix them. Here’s how I began the introduction:

“We live in a strange world where up is down, black is white, and right is wrong. In today’s world, nothing is as it seems, and few things seem to be called what they really are. Racial preferences, for example, are known by the pleasing term ‘affirmative action,’ and the right of a woman to end a pregnancy by destroying her unborn baby is known simply as ‘choice.’”

Does this sound like today’s world? Eighteen years after I wrote those words in Clear Moral Objectives, the left-wing art of manipulating the language has intensified. Two decades ago, I had never heard of such words as “cisgender” and “Latinx.” And “insurrection” still meant insurrection. 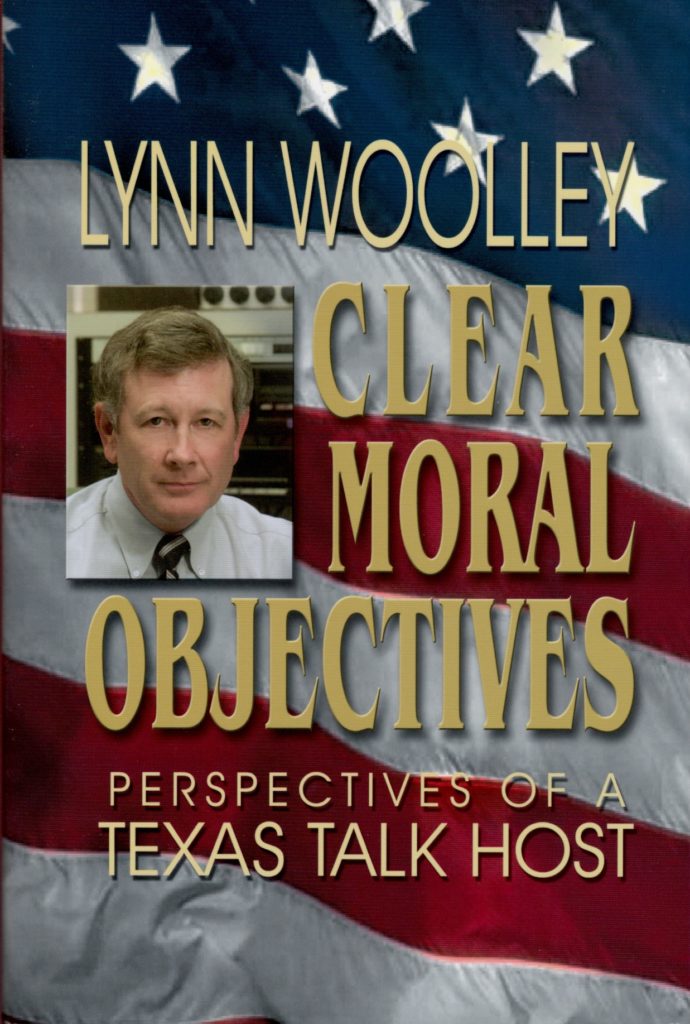 Flipping through my 2003 book, Clear Moral Objectives, I spotted a reference to The Big Lie. But hold on! In CNN-ese, The Big Lie refers to Trump’s claim that the 2020 election was stolen.

So I had to re-read that segment to see what I meant.

Turns out, The Big Lie in 2003 referred to Bill Clinton’s statement…

I didn’t have sex with that woman.

That was quite a whopper, but Hillary helped ease Bill’s pain by making up a story about the Vast Right Wing Conspiracy – a major component of The Big Lie of that era.

Today’s Big Lie notwithstanding, we do have our own conspiracy. Not QAnon, as CNN likes to obsess about, but something called Critical Race Theory that is infecting our schools and has already overrun our colleges. But it will pass. My book was about twelve major crises – and so far, we’ve survived them all.

In the cover flap to my book Clear Moral Objectives, I used the term Our Democracy.

In the eighteen years since that book came out, left-wing Democrats have appropriated the term to mean, well, their democracy – a socialist country with government-enforced equity except for elites who can still own private jets.

Still, doesn’t that term sound wonderful? When Nancy Pelosi struts out and complains about Trump threatening Our Democracy, does it make you proud? Not when you realize what the new definition is.

Video: Pelosi uses “Our Democracy” in the push to impeach President Trump.

And what about insurrection? That’s shorthand for the Capitol Breach, which Pelosi did not like. Presumably, she’s fine with the hundreds of violent riots, fires and murders committed by voters within her party. When Democrats use high-minded words, always check to see if they have a new definition.

Video:  We will hear about “The Insurrection” as long as there is a CNN.  Meanwhile, the hundreds of summer riots were called “peaceful.”

Tags: "Clear Moral Objectives." "I did not have sex with that woman" "Our Democracy" CNN-ese Manipulating the language The Big Lie The Insurrrection