Random Samplings of a Logical Mind.

A mind is a terrible thing to waste.  You know the thing.

It started with “The Cooling World,” morphed into “Global Warming,” and settled in as “Climate Change,” a catch-all term that allows Democrats to blame any weather phenomenon on carbon emissions.  Trump wasn’t fixated on this. Biden is. 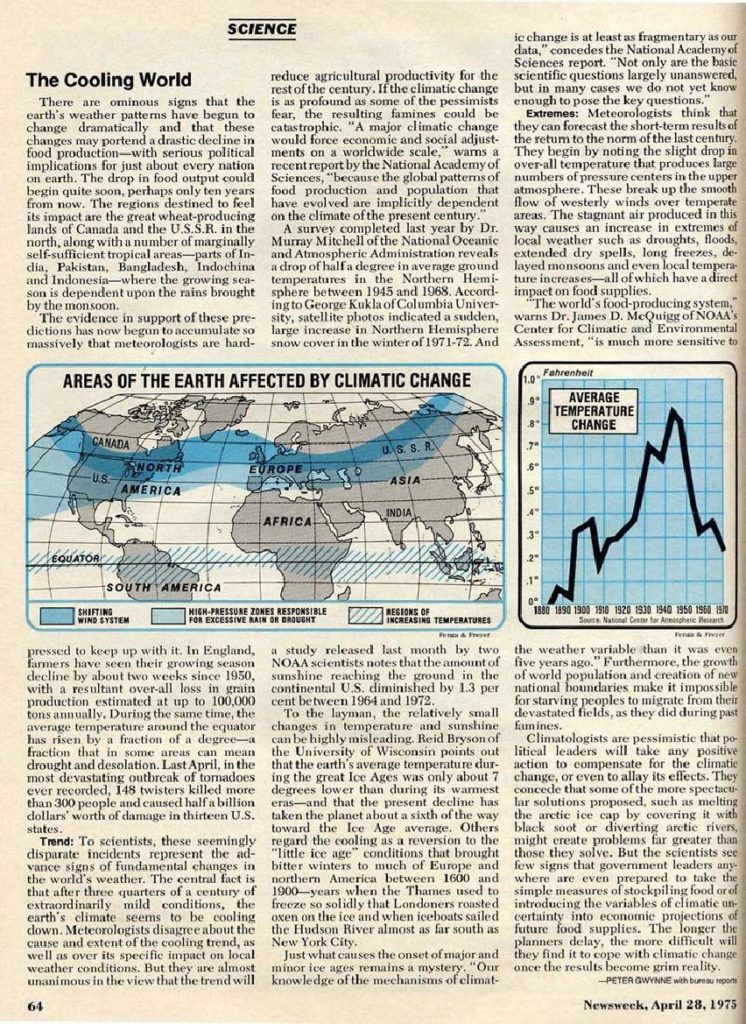 The beginnings of Climate Change. “The Cooling World” Newsweek April 28, 1975.

After being sworn in, he immediately got us back into the Paris Climate Accords and cancelled the Keystone XL Pipeline killing thousands of jobs. But to Joe Biden and his groupies, jobs are not nearly so important as the left-wing ideology of climate change. Biden is a government lifer – and his own paycheck has never been in danger.

Biden can use this pen and his phone to kill other people’s livelihood while he never misses a meal or has to make a payroll. This is Biden’s first crisis, essentially a war against fossil fuel. 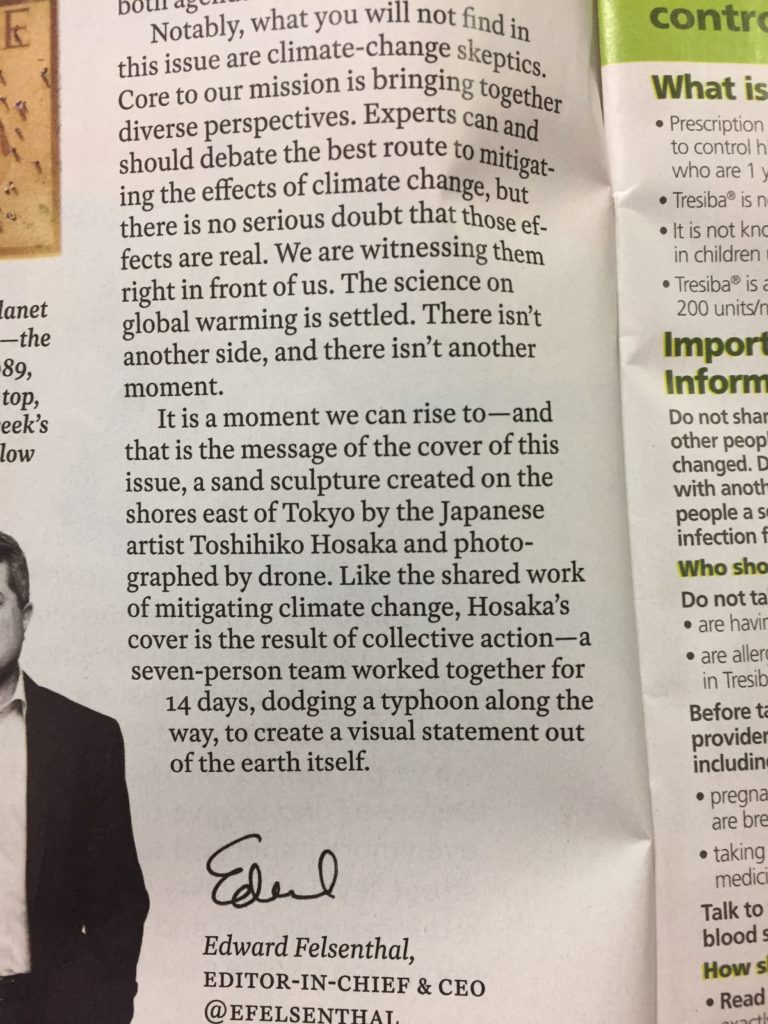 Letter from the publisher: TIME Magazine September 23, 2019. No skeptics allowed. (Photo by Lynn Woolley for WBDaily.)

When you’re a progressive and you’ve just been elected to the highest office in the land, and you’ve got all this power – what do you do with it? If you’re Joe Biden, you start undoing everything Donald Trump accomplished.

Trump had pretty much fixed the illegal alien problem with the wall, and his “Remain in Mexico” program. But Biden couldn’t have that. So he essentially opened the border and that opened the door for caravans, and human smuggling.

Sometimes one crisis leads to another and the Dems always take advantage. But the COVID-19 crisis is now taking us into a major debt crisis that threatens to be more dangerous than the virus.

The national debt now stands at about twenty-eight trillion dollars and the debt clock is ticking away.

We’ve already had relief bills and now we got another one to the tune of $1.9 trillion. The spending helps a lot of blue states that can’t control their spending and needed a bailout. But Dems aren’t stopping there. They want a climate change bill and an infrastructure bill that could cost up to $4 trillion.

If they succeed in killing the Senate filibuster, they can pass this with 50 votes plus that woman who is vice president. Our debt will mount like migrants at the border. Democrats will also raise taxes to pay for this, but there will never be enough taxes to do that.