Random Samplings 22: The Political Left aren’t the only ones that Ain’t Happy

Random Samplings of a Logical Mind.

And one that is mad as hell and isn’t going to take it anymore.

ISSUE ONE: Frustration on the Editorial Page.

A letter to the editor from Gary Adams of Temple (TX) caught my eye. Most people and most corporations are afraid to say what Mr. Adams wrote. He’s tired of hearing “fashionable” words like “inclusive,” “equity,” “offended,” “racist,” “sexist,” and so on. He wrote:

“The world is sick of hearing the nonsense about those that cannot figure out what sex they were when they were born.”

He mentions the controversy surrounding “The Eyes of Texas” and that it took a panel of 24 “brilliant minds” to conclude that there is “no problem” with the song.

Are you tired of hearing how some people constantly complain about race, gender, being offended, and how America is filled with systemic racism? If you are, join the crowd. Write your own letter. Make calls to woke corporations and tell them how you feel.

People on the Right side of the aisle get offended by certain words as well.

Some get offended when “Black” is capitalized in AP stories and “white” is not.

Conservative words like “freedom,” “liberty,” “God bless the USA,” “family values,” “love of country,” “honor the Flag,” “American exceptionalism,” “the right to free speech and to bear arms,” and “rugged individualism” are barely tolerated by the tolerant Left. 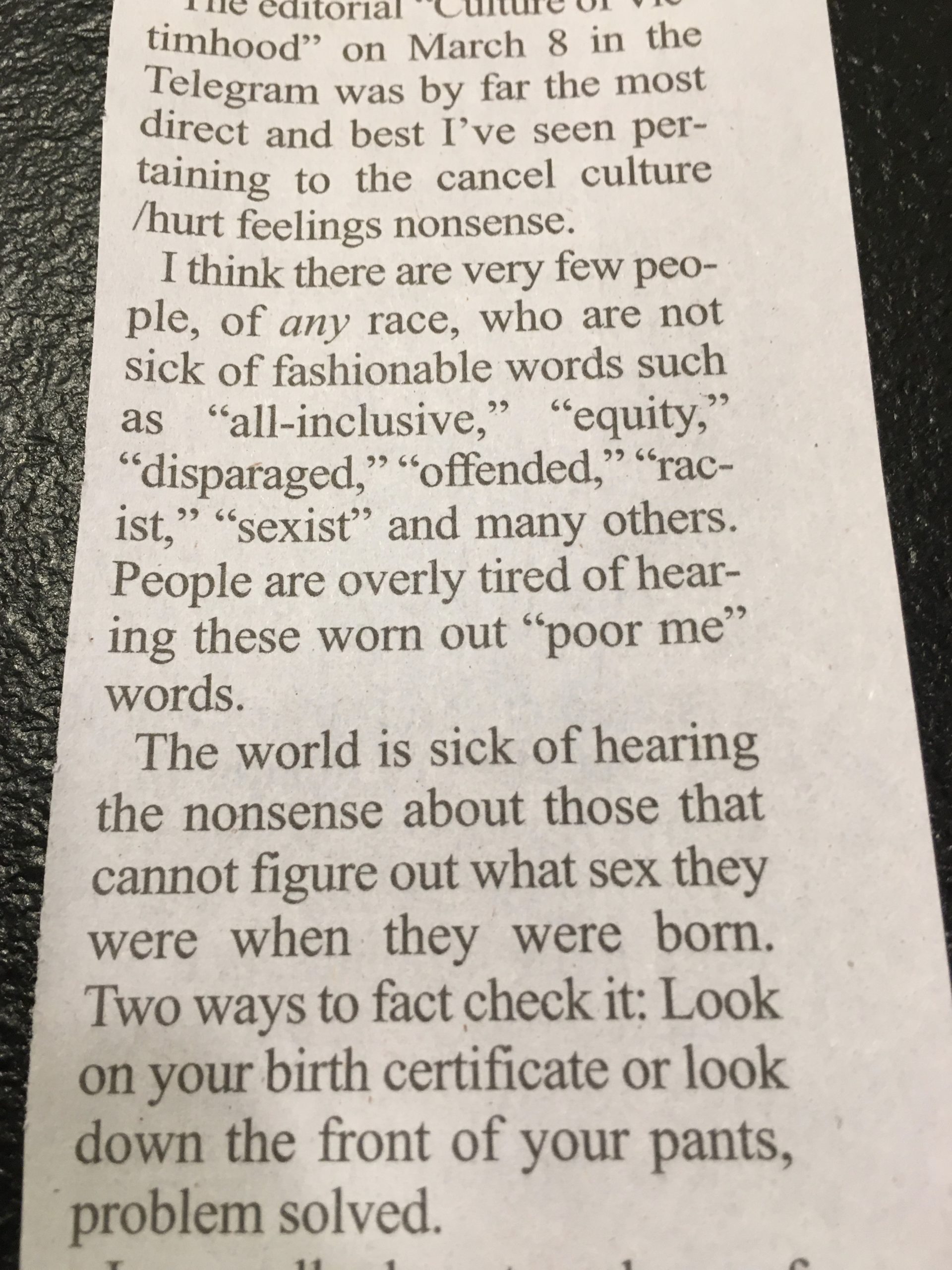 It’s a fact that big corporations and the Mainstream Media don’t care about upsetting conservatives. They consider us hayseeds that live in flyover country.

So the whole idea of wokeness only extends to the Left – you know – the people who will raise hell if they don’t get their way and who will organize boycotts.

Those of us who believe in traditional American values are no longer revered. We are reviled. Big corporations will offend us all day knowing we’ll never cancel our cellphones or our cable or streaming services, and we’ll simply shrug our shoulders and move on.

The Left throws rocks through windows and burns out police cars – and worse. But the day will come – and it may not be far off – when all the lunacy on college campuses and riots in the streets get to be too much. It might be a good idea to tone it down now.