Random Samplings of a Logical Mind 16

Just stuff that pops into my logical mind.

Video:  The Dwarf Prince, Brian Stelter on CNN’s Reliable Sources (2/21/21) can’t resist piling on Ted Cruz — but what about Cuomo?

During the Texas freeze, Senator Ted Cruz and his family sought warmer temps – in Cancun. 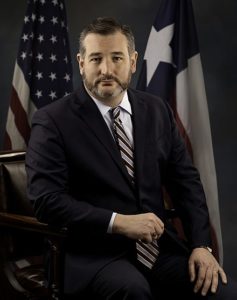 New York Governor Andrew Cuomo mishandled the COVID crisis and sent infected people to nursing homes. But on CNN, where Cuomo’s little bro is a big star, Cruz is news!

Even conservative media piled on, saying Cruz’s trip was “bad optics.” What about the optics of sending people to nursing homes to die?

Brian Stelter of Reliable Sources could not hide his glee while he was trashing Cruz – but his network routinely buries stories about COVID hypocrites like Nancy Pelosi and Gavin Newsom.

Excuse me, but I’ll hang in there with Ted Cruz who caused no deaths and never told you not to leave town. And I’ll think more about the bad optics of Hunter Biden’s big dollar deals with communist China.

When in the course of Human Events… (You know the thing!)

ISSUE TWO: Is there such a thing as a Patriotic Revolt?

Remember the Boston Tea Party in 1773? Pat Buchanan correctly states that Parliament in the days of George III considered this mob violence. But we won the Revolution and our history books say it was patriotic.

Mexican dictator Santa Anna put down one revolt at the Alamo, but fell to another at San Jacinto.

What about the mob violence in the summer of 2020? The party of Joe Biden brushed it off as righteous demands for social justice.

How about Hong Kong? American media types seemed to condone it as a fight against tyranny.

But the siege at the U.S. Capitol on January 6 is called an “armed insurrection” by the Left. No one is defending what happened there, but what if they felt the election was won through fraud, and that their country was in trouble? Then were they fighting for a form of social justice?

Video:  If only CNN did debate shows like this again!  The late Bob Novak on Crossfire with the late Bob Lassiter (WLS), the late Rush Limbaugh (WABC) and Michael Kinlesy.  Absolutely fascinating.  (See part II below.)

I don’t mean to be selfish, but on the night John Lennon was murdered, I felt a terrible loss because of all the songs John Lennon would never write. Later I had the same thought about Buddy Holly. Holly’s entire career lasted only about three years. What could he have accomplished? 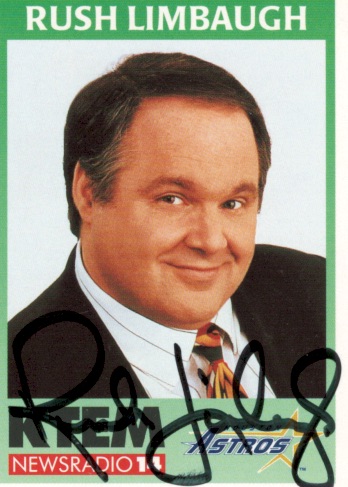 Rush Limbaugh as he appeared in 1995, with signature. (Yes, this is worth some bucks!)

With Rush Limbaugh, my personal sense of loss – since I never knew him – is more about the insight that you and I will not have on a daily basis.

What would Rush have made of the Texas winter blast? What about the upcoming midterm elections? What about hundreds of events yet to happen?

His ability to read between the lines, to see what others failed to see, and to approach politics with a profound sense of optimism is irreplaceable.

WWRS means What Would Rush Say. The rest of us better up our game.