It’s Random Samplings of a Logical Mind!
Here’s what’s on my mind today! 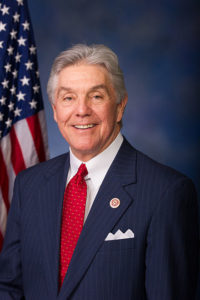 ISSUE ONE: Cancel Culture at TCU

When U.S. Representative Roger Williams objected to the certification of the presidential vote in Arizona and Pennsylvania, he ruffled some feathers at his alma mater, TCU.

Williams was reacting to the fact that some states changed election rules unlawfully by essentially switching to a mail-in election and by making changes without having gone through the legislative process.

No matter. TCU is a reliably liberal university and a debate immediately surfaced as to whether he should be kicked off the Board of Trustees.

Journalism professor Chip Stewart, also a lawyer, wrote an essay about why Williams should be removed. This is troubling. Roger Williams is a conservative, and that’s why some at TCU don’t want him around. I have a better idea. Keep Williams and fire Professor Stewart for opposing free speech. 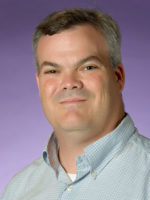 Brian Stelter, the host of CNN’s “Reliable Sources” seems intent on censoring FOX News and any other conservative TV outfit that competes with CNN. Here’s what’s most interesting about that. CNN spreads a lot of lies.

For over two years, CNN ran endless coverage of the now-debunked Russian Collusion story.   More recently, the network claimed that Trump left Biden with no plan to distribute the COVID vaccines. That’s a lie.

CNN also avoids stories that might be embarrassing to Joe Biden – such as the Hunter Biden laptop revelations. That’s another way CNN lies.

So when Stelter tells us that FOX News should not be allowed to reach as many people as it does because FOX News lies, we are dealing with deep hypocrisy. It makes you wonder how a show called “Reliable Sources” can be on a network that is not reliable.

In his response to Texas Governor Greg Abbott’s State of the State speech, Texas Democratic Chairman Gilbert Hinojosa made this comment:

“Texans are demanding an end to this pandemic and a fair shot to get ahead.”

That’s not out of context either. Does Mr. Hinojosa think that Governor Abbott can snap his fingers and cure the coronavirus? Is Abbott holding something back that would rid us of this pandemic?

Here’s what I think: Hinojosa is taking a page from the national Democrats who used the pandemic to defeat Donald Trump. Remember, the virus came from China, but Democrats ignored that and blamed Trump. It worked, and now Biden will reverse all the policies that gave us our best-ever economy.

Texas is still in excellent shape, but if Hinojosa’s party ever takes power, we’ll be screwed.