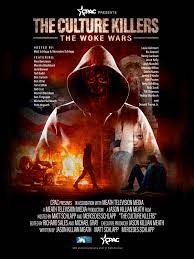 A cleverly-titled “BLM HoA” panel at CPAC Dallas 2022, discussed The Culture Killers, a documentary that warns how “the woke wars are coming to a neighborhood near you.”

Ready or not, want it or not, the culture war is headed your way. It takes no prisoners. Submit or be cancelled. With resistance not an option, prepare to fight.

Black Lives Matter, the social justice organization also known for purchasing expensive homes and thoroughbred dogs thanks to corporate America’s generosity, certainly merits “poster child” status when it comes to culture clashes, but it’s hardly the only combatant in this war against America’s traditional way of life.

CPAC Chairman Matt Schlapp and Deal Hudson, co-authors of The Desecrators: Defeating the Cancel Culture and Reclaiming One Nation Under God, along with Jason Killian Meath, director of The Culture Killers, and CPAC Senior Fellow Mercedes Schlapp discussed the path forward as Americans recognize hostile cultural forces are at war with them whether they want it or not.

Hudson cited the importance of The Desecrators as “naming the enemy.” 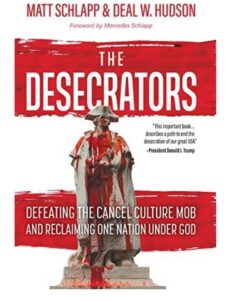 Meath created The Culture Killers based on The Desecrators book. “We wanted to craft a film that brought the book’s message to even a greater number of people,” he explained. “And we shot the film over about a year and a half at CPACs.

“We would get many of the people that were on the main stage to talk to us about what exactly is going on and I’m talking about all the things that you hit in the book.

“It goes on and on and these people will never ever stop. They will not be satisfied with a pound of flesh until they devour you whole. That’s what we’re up against in terms of this fight.”

Matt Schlapp discussed how persecution comes with standing up against things and how the book is a plea for people to come together in saving this country – and that we must start acting now.

Meath described reviewing thousands of hours of Antifa and BLM video only to discover that they are “evil.”

Meath discussed events of May 31, 2020, during which groups of George Floyd protesters surrounded the White House, burned St. John’s Episcopal Church, tried to tear down statues in Lafayette Park and were violent in attempting to storm the White House.

Schlapp described going “under cover” to the area that day witnessing desecration of property and the setting of fires with no police push back.

He also recounted how – “though you won’t read about this” – protesters nearly breached the White House grounds seriously injuring police and Secret Service along with prompting President Trump to be temporarily relocated to a bunker “because other Americans were trying to breach the duly elected president who they spent every moment of every day saying he wasn’t duly elected, but you are an insurrectionist if you believe in voter ID. That’s the insanity.”

“You have to understand our history, history not only of our nation, but of the modern world,” Deal said. “The very first thing the Bolsheviks did – Lenin, Trotsky and Stalin  – when they took power was to go to the Russian Orthodox Churches and desecrate them. Burn the icons, burn the altars.

“The very first thing Adolph Hitler did, and he did it on Kristallnacht, was to burn the synagogues, to burn the Torah, to destroy Jewish businesses all across Germany. You have to understand: those who desecrate are those who want to be your rulers, who want to be totalitarian dictators.”

“Where do we draw the line?” Meath asked with regard to women’s sports. “These people, the left, the woke mob has now taken the position that anybody can be any gender that they want at any given time.

“They can change their pronouns at any given time and this is obviously effecting women’s sports.”

Meath discussed people in the film revealing experiences of not being able to say anything while on a team and parental fears that speaking out could cause their child’s expulsion from a team.

Those on the right are too often hesitant to speak while people on the left easily hurl names at those they oppose. Racists, bigots, anti-Semites, homophobes, Islamaphobes, fascists are just some of the relentless litany.

So how do we get through this battle?

“And for those who consider themselves non-religious, when you go through the catalogue of basic values that make our country – liberty, human rights, human dignity, freedom – they all come out of the Judeo-Christian religion.

“At least respect where they came from because we are in this together and there’s no reason for you who do not go to church to still not be arm in arm with those of us who proudly declare our faith.”

To Hudson, confronting the left is key.

“You’ve got to confront these people who try to put you down, who try to cancel you, who try to dismiss you. You’ve got to have not only the knowledge, willingness and courage to respond, you’ve got to have the argument. So, learn your history, the rootedness of what we believe in. Learn why it’s true. There is nothing more powerful in the world than simple truth.”

Meath’s advice for battling the woke mob was simply to remember that “our country was founded in 1776, not 1619.”

The Culture Killers is available on Prime Video, Rumble and at Conservative.org.