Once to Every Man & Nation Comes the Moment to Decide

Editor’s note 8/16/20: It’s been just two years since this column was originally posted. Since that time, America has come apart at the seams, allegedly over the police killing of George Floyd, a petty criminal in Minneapolis.

This has led to the rise of domestic terrorism from groups such as Antifa and Black Lives Matter. When combined with anti-American agitation from football player Colin Kaepernick and the pro-China stance of the National Basketball Association and players like LeBron James who seem more concerned with money than national security, the United Sates of America is in tatters.

Left-wing politicians like Kamala Harris openly support the freeing of drug dealers, gang members, and other hardened criminals from our prisons. Cities like Seattle and Austin are defunding police, which will lead to skyrocketing crime. Skin color has become the defining issue of our time – an immutable trait we are given at birth from God – just like gender. The Left is in denial, and see all things as race-based, and gender as a fluid construct.

This tells me that there has been a simmering hatred of America just under the surface that needed a spark to rise to the top. The killing of George Floyd provided that provided that Archduke Ferdinand moment.

America cannot survive under such conditions.

We cannot survive with a false strength called “diversity” instead of the factual strength of unity. Yet, schools teach diversity, and cities like Austin take “pride” in the denial of gender. How can we turn this situation around and become a colorblind society that does not deny sexual realities? Will we continue along the path of becoming a nation of tribes based on our color and gender identification, or will we reunite as Americans?

Perhaps the moment to decide is now upon us.

It’s a good question. What binds Americans together? The answer is tougher.

We’re split on just about every issue imaginable, and if we don’t get together – somehow – we may be about to mess up the Great Experiment in self-government. The Founding Fathers got us off to good start with a common cause – freedom. Early, we chose English as a common language. Our morals and values were set forth in the Declaration of Independence and the Constitution. We became, as John Adams once said, a nation of laws, not of men.

We believed in immigration. We brought people into the country and assimilated them. Our schools and colleges taught American exceptionalism. It was true. But something has happened.   We need to make some decisions. Either we find a way to unite this country, or we’re going to fall apart. 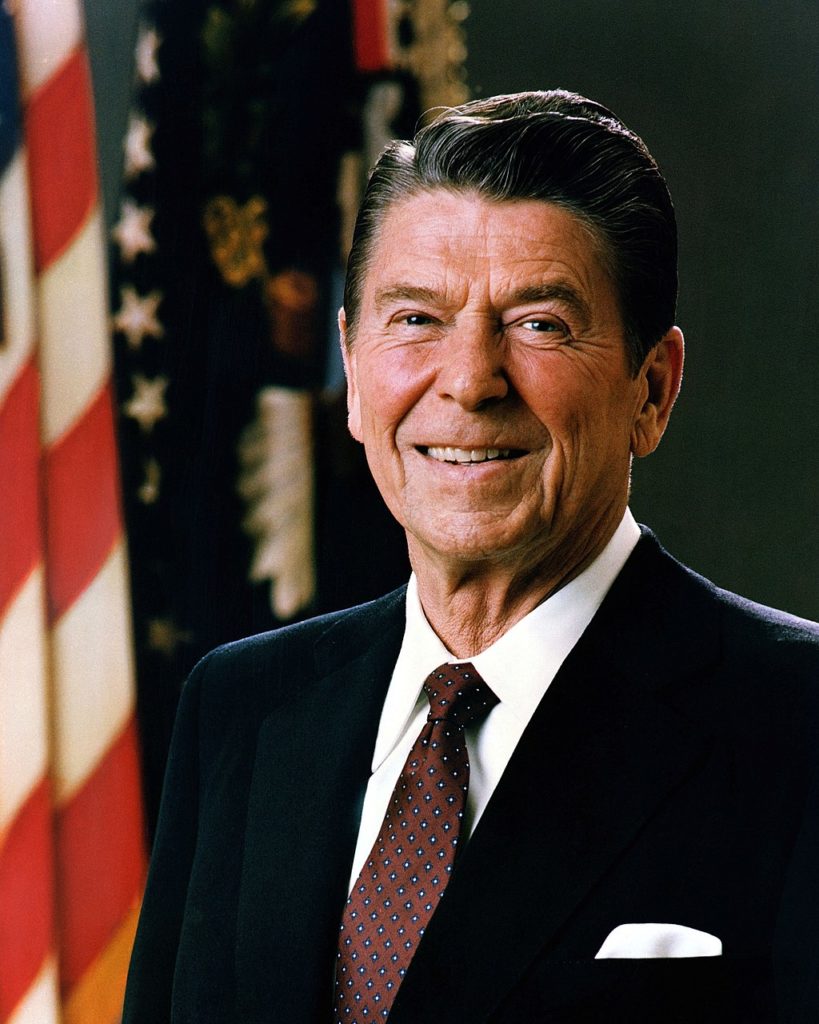 Ronald Reagan posed this question more than fifty years ago.

Reagan was an amazing patriot who operated with logic and common sense. On behalf of the Barry Goldwater campaign, Reagan made a speech for the ages, asking questions about the state of the nation and the path it seemed to be on:

“This is the issue of this election: whether we believe in our capacity for self-government or whether we abandon the American revolution and confess that a little intellectual elite in a far-distant capitol can plan our lives for us better than we can plan them ourselves.”

Isn’t that the question for our time as well?

The problem is that many Americans are happy for government to run our lives.

Technology has many of us in a smartphone stupor.

Others say that their voice doesn’t matter. Some, mostly on the Left, say American’s best days are behind her.   We hear about “the new normal” of declining quality of life and disappearing jobs. We are flooded with illegal aliens that don’t speak English, and we cater to them with free health care and education in their language.

Schools are left-wing. So are Hollywood movies, pop music, rap, network television, two out of three cable news networks, network news, and those who control social media. Our big universities are safe zones for snowflake students who have been indoctrinated by left professors that hate America, and who loved Russia until they got the idea that Russia could be used to oust President Trump.

We argue over everything:

The things we all agree on are harder to name. (I’ll get back to you on that.) The good news is that we have prototypes for what will happen to America if we go down this path.

California has experimented with liberal governance. The results are in.

The Golden State is in trouble.

It now ranks dead last among states in quality of life. Indiana is 48th. New Jersey is 49th. California is 50th. Los Angeles has 55,000 homeless people. The mayor of Oakland, Libby Schaaf, is being reviewed by the Department of Justice for alerting residents in her city that an immigration raid was coming (so much for “a nation of laws…”). The far left governor of California, Jerry Brown, would like to be president to bring this misery to the rest of the nation.

Federal judges from Seattle to Hawaii to Texas routinely usurp the constitutional powers assigned to the Congress (to make laws) and to the President (to enforce laws).   The constitutional principle of Separation of Powers is no longer applied.

We’ve seen Europe make big mistakes with immigration and acceptance of too many refugees that do not share Western values. We see – and yet we do not heed the warnings.

Video: Once to Every Man  and Nation – Fountainview Academy

The constant media pounding of Donald Trump is changing America for the worse.

The media no longer simply reports. It tries to move this country leftward.

CNN now seems to be to be to the left of MSNBC. Trump hatred is the order of the day on CNN – even though Trump has brought the country out of the stagnation we had under Obama.

So, as in Reagan’s day, every man, every woman, and our nation has reached a moment of decision.

What kind of country do we want?

We seem to heading for a future where we worry more about mythical climate change than the culture rot that has taken over our big universities. We worry more about Trump’s latest tweet than the hatred being spread on CNN every night by a 100 percent liberal management and on-air staff that hate him – and want us all to be like California.

We speak many languages – even in schools where it costs taxpayers a lot of money to teach the way the courts have decided we should. Our new national motto has become “our strength is our diversity,” and the Left worships at the diversity altar.

Video:  Even the Lovin’ Spoonful can see that we have to make up our minds.

What do you believe God is?

To Christians, God is the force that created and holds sway over the universe. He is the source of morals and values. He is our Compass. Liberals such as President Obama believe He is a joke and they have succeeded through the courts in removing Him from schools.

Schools and universities have become left-wing, atheistic institutions dedicated to causes like diversity and climate change. If even there is no God, the presence of a belief in God keeps us from degenerating into primitive savages, or into a technological dystopia.

Can we bring back unity?

It’s never too late. But if we – the Vast Right Wing – want to preserve our amazing experiment in self-government, we’ve got to work harder than the Left does. We have to stand up for the values embedded in the Declaration of Independence, the Constitution, and (yes) the Bible.

We have to understand that science is real.

We cannot change the weather, and neither can we change a person’s gender. We MUST coalesce around a common language. We have to decide on how many immigrants we need – and who they are. We cannot allow immigrants to control us. We’ve got to change our schools and universities. We must drain the swamp.

As JFK once said, we must choose to do these things not because they are easy but because they are hard.     I choose to take a stand. To fight. To point out idiotic government and policies whenever I see them.   To vote for patriots who want to serve rather than get rich in office. To demand more of our elected officials. To stand for justice for ALL under the law – even the Clintons. To demand that the left-wing media shape up and report the news instead of their own political biases. To demand that diversity in schools and colleges includes some conservative professors that openly love the United States of America.

Whatever we are going to be as a country in the 21st Century – it’s time to decide.