Liberals Demonstrate the Insanity of Climate Change in Their Own Words

Larry Elder has “written” an amazing column, exposing left-wing junk science. And he did it without writing even one original word. Instead Elder went back to 1969, quoting biologist Paul Ehrlich in the New York Times that humanity would “disappear in a cloud of blue steam in twenty years.”

For the rest of the column, Elder moves through time, quoting breathless warnings from liberal activists on the timeline of human destruction.

In the seventies, the Left was frantic about human activity triggering an ice age. Time Magazine was concerned with excessive snow. Al Gore gave us just ten years because of warming. That was in 2006. Yet climate change drives left-wing politics to this day.

Larry Elder and John Stossel expose left-wing so-called “science” for what it is.

What it is, is a way for government to grow, and for income redistribution to be accomplished using “science” as a way to get it done.

Domestically, the Left enjoys taking money from groups they don’t like (the wealthiest 1 percent, conservatives, people who vote Republican) and moving that money to people they believe will vote for Democrats for life.

The most recent example of that is President Biden’s insane Student Loan Forgiveness debacle. The administration struggles to explain who will pay for that, but it’s the American taxpayer – pure and simple.   Biden hopes that those who get the benefit will always vote Democrat and he may turn out to be right.

Climate change, on the other hand, is the reason for redistributing money to the Left’s preferred groups.

Look at what California is trying to do. 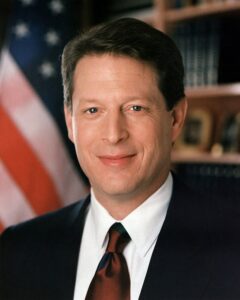 If the Golden State succeeds in forcing electric cars to the market over internal combustion engines, who benefits? Elon Musk for one, but essentially this will pump government money into alternative energy.

Electric cars may be the wave of the future (or they may not, as they have a lot of inherent problems) but if so, then the free market should decide and not the left-wing ideologues of California.

Meanwhile the Democrats, on a party-line basis, passed the Inflation Reduction Act of 2022, which is really the Green new Deal.

As soon as it passed, the Left began promoting it as a climate change bill.

Here’s a news flash: if the bill performs to the very top of expectations, it will have zero effect on the climate in the Unites States and zero affect around the world.

But it will provide money to left-wing causes and it pleases the nutcase left-wing base.

The Associated Press and CNN, not actually news organizations, would never report this. Stossel writes about the “ridiculous papers” hoaxes that fool “experts” (his quotations marks) in scholarly journals from time to time.

Comedians and other pranksters write the stupidest “scientific” articles they can imagine and submit them for publication. You’d be surprised at how many learned journals will publish such fake articles as “Embracing Fatness as Self-Care in the Era of Trump.” Yes, that actually happened.

The article was accepted by Massey University’s “Fat Studies” conference. Sea Matheson wrote it, but “she” is actually comedian Steven Crowder.   The Left is so easy, especially if there’s en element that would denigrate Donald Trump.

So now we’re about to spend almost a trillion dollars to try to cool the planet by a small fraction of one degree.

Whatever climate change abatement comes from the “Inflation reduction Act,” it will have no effect whatsoever on the climate. Logic says that, but real science says it too. But the Left is happy, and you can now start to pay the bill and get ready for your next income tax audit.

There is some good news in all this. You won’t have to worry about it much longer. Here’s the final quote from Mr. Elder’s column:

“The world is going to end in 12 years if we don’t address climate change.”

So we have until 2031 to save the planet. More likely, we’ll have many more years to pay for saving the planet while it continues on as it will for the next few billion years.

Only a few trees were harmed in the production of this book.