Editor’s Note:  This article is part of a series written for The Epoch Times and its “American Promise” program.  This article was written on October 26, 2021.  Used by permission.

John Adams, the founding father who served as our second president, made a statement that has reverberated through the ages. Adams said that in the United States, we have a “government of laws and not of men.” But what exactly does this mean?

In a constitutional republic such as the United States, it means that we elect people that we trust to go to Washington and to the 50 state capitals to craft and codify a set of rules known as laws that all people must abide by. To be fair and just, these laws must be fixed and must apply to all people equally. In order for laws to maintain “order,” they must be reasonable, understandable, and must be generally accepted by the people.

There is an old saying that you can’t legislate morality. That is simply not true. Many of our laws come from teachings of the Bible and other religious texts and are aimed squarely at immoral acts such as murder, assault, rape, theft, burglary, and even such modern-day applications as stealing intellectual property.

Other laws are little more than rules that help society maintain civility and order. These types of laws include such things as speed limits, stoplights, and conforming to local building codes.   And of course, all Americans are subject to paperwork such as birth and death certificates, filing and paying your income taxes, and a myriad forms when we purchase a home or a vehicle. To maintain order, our society has set up a complex web of laws and rules that ideally apply to all people equally and that provide penalties for non-compliance. 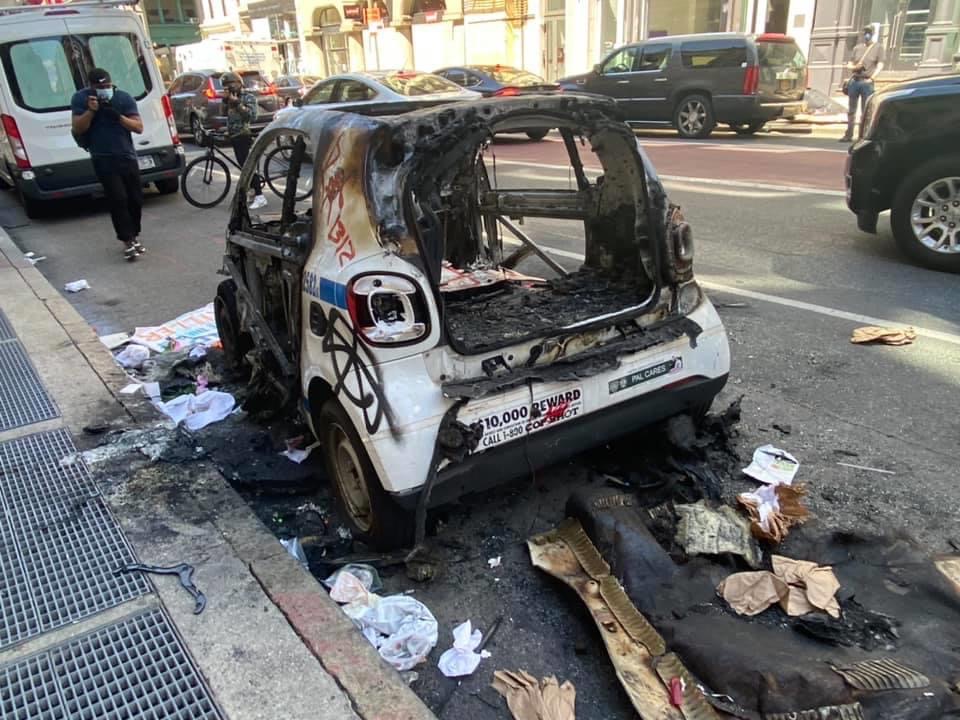 But what happens when the “rule of law” begins to break down?

In a typical era, from the Old West to modern times, someone who breaks the law is arrested, informed of his or her rights, and is charged with a crime. With a constitutional presumption of innocence until proven guilty, the case enters into the judicial system.

We are not currently living in a typical era. The modern concept of thought known as “woke” has brought forth the notion that many people who commit crimes are not at fault for a variety of reasons. It may be due to past wrongs such as slavery or ascribed to poverty or drug use, or, to use a current term, institutional racism. This has led many of the nation’s large urban areas to “reimagine” law enforcement.

Cities such as Philadelphia, Baltimore, Washington, D.C., San Francisco, and Austin have participated in a trend of de-funding police. In some cities, this movement has led to a depletion of police ranks, meaning that some police departments have stopped responding to 9-1-1 calls unless a violent crime is in the process of being committed. Citizens may be instructed to call a non-emergency number and wait hours or even days before the police arrive. If they arrive at all.

One of the main backers of the defund-the-police movement is a Hungarian-American billionaire named George Soros who has contributed more than $32 billion to his “Open Society Foundations” with a goal of making governments more “inclusive” and to elect district attorneys that will not prosecute certain crimes. Some cities no longer pursue criminals who steal less than $500 worth of goods. In some California locales, this has led to the closing of drugstores and big-box stores that are suffering from rampant shoplifting.

The nationwide trend of reimagining police has contributed to a breakdown of order, but even this pales in comparison to what happens when government breaks its own laws. There have been various stages of government corruption throughout history, but what has occurred in modern times is unprecedented in some ways.

Think of it as “The Three Hoaxes.”

Hoax Number One is the Russia Collusion hoax. Concocted by Hillary Clinton and her followers to explain her astonishing loss to Donald Trump in the 2016 presidential election, this scenario led to government lies and law breaking on a massive scale. Even before Trump was inaugurated, the government bureaucracy known as “The Swamp” mobilized against Trump and anyone in his orbit.

The so-called “Steele Dossier,” compiled by British ex-spy Christopher Steele and financed by the Clinton campaign and the Democratic National Committee, was used to obtain FISA warrants to spy on a low-level operative named Carter Page and others.   CIA Director John Brennan and Congressman Adam Schiff both went on national television to say that they had seen direct evidence of Russian collusion. Under oath, they recanted. After a long and thorough investigation by Robert Mueller, the Steele Dossier and the entire collusion narrative were officially debunked. Lies had been propagated; lives had been ruined [Carter Page’s and former National Security Advisor General Michael Flynn’s to name two], and evidence had been doctored to obtain FISA warrants (a felony), yet no one paid a price. This is a breakdown of order.

Hoax Number Two is the January 6 “Insurrection.” It’s not just that the Capitol breach did not amount to the accepted definition of the word “insurrection,” it’s also about law breaking and an in-your-face attitude by high government officials who later erected a massive and unneeded fence around the Capitol.

Why wasn’t January 6 an insurrection? To begin with, those who entered the Capitol were unarmed. They caused some damage, but nothing that couldn’t be repaired, and they killed no one. In fact, of the 5 people who died related to the breach, all were Trump supporters. One died of a heart attack. Another died from a stroke. Once was killed in a rush of people when Capitol Police refused to allow fellow protesters to pull her out of harm’s way. Officer Brian Sicknick was reported by mainstream media to have been beaten to death with a fire extinguisher. This was reported so often that it became canon. But it wasn’t true. He died a day later at home of natural causes.

As for the fifth person who died: that would be an unarmed female protester, Ashli Babbitt, who was shot to death by Capitol Police Officer Michael Byrd. While Officer Byrd fired his gun, no guns attributed to the protesters have been recovered. While the storming of the Capitol was a breakdown of order, so was the unnecessary killing of an American citizen and veteran.

When compared to the real insurrection of 2020, the Capitol breach seems mild. In the summer of that year, rioters from Black Lives Matter and Antifa caused an estimated $2 billion in damages, took more than 20 lives, set up illegal “autonomous zones” in Seattle, Portland, Minneapolis, and Austin, and stormed and/or burned government buildings. And yet, the same lawless government that put Capitol breach suspects in solitary confinement often praised the insurrectionists of the summer of 2020.

Hoax Number Three is what some media reports refer to as “The Big Lie.” This, of course, is Trump’s contention that the election of 2020 was stolen. Regardless what Trump says or how many times the voting machines have been vetted, there is no doubt that this election was anything but ordinary. Due to a major pandemic, those that opposed Trump’s reelection found the perfect storm to rig the election in a way that could be justified to some extent. COVID-19 was therefore used to change the rules of the election by fiat in order to help Biden and others who opposed Trump.

Were laws broken? Yes they were. Constitutionally, the rules could only be changed by legislatures. But that’s not the way it happened.   In Harris County, Texas [Houston], interim Chief Elections Officer Christopher Hollins attempted to send out mail-in ballots to all registered voters, but was blocked by the Texas Supreme Court. By changing other rules without legislative action, he was able to get 127,000 votes cast. The regular order of elections was cast out with a pandemic as the excuse.

The fiber that holds together any nation will fall apart without a system of law and order that treats everyone the same. That means ordinary people and high government officials alike. Even during a raging pandemic, we must insist on a government of laws and not of men.