If Talk Radio covered the birth of Jesus 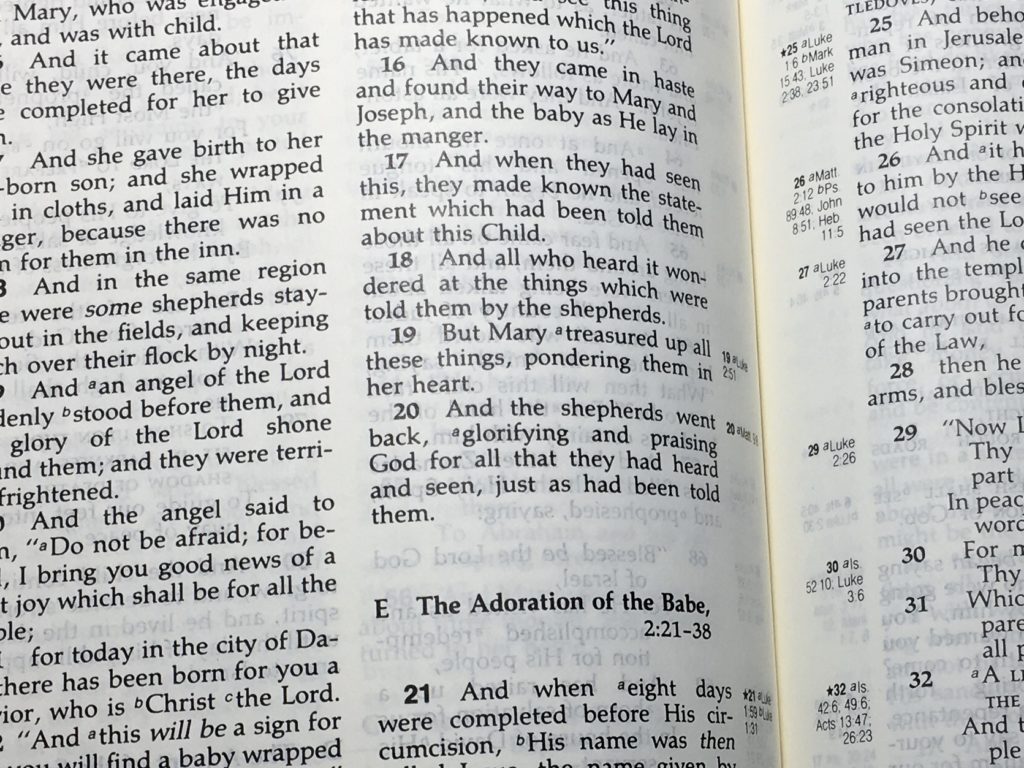 You know, I never have understood this “census” stuff – you know, making everybody go back to his city of origin – but dictators do what they do. We’ve been following this story tangentially, but now there’s some breaking news. FOX News is reporting that there’s some kind of gathering around a stable where a woman has just given birth.

Your could call it a hubbub, I suppose – it doesn’t seem to be a demonstration of any type, nobody’s injured – but there are rumors flying about this baby and his mother.

CNN is not on the story yet – they’re still doing their “best viral videos of the year” feature – but FOX is going live and has a studio panel. Ladies and gentlemen, we’re not quite sure what this is all about, but we’re on it. We’re checking the internet right now and we’ll try to keep you up to date. But I have to say that some of the things we’re hearing are not really believable. Frankly, we’re not into these kinds of stories; we usually leave them to Alex Jones or “Coast To Coast Overnight.” So I think we’ll move on to the fight for the Republican nomination –

Hold on! This just handed me! Okay, folks, this is one of those things that you have to wonder about. FOX News is running a crawl that says all these people were drawn to a stable by a star. That’s right – a star, up in the sky. It sounds crazy, but there are witnesses who say the star literally guided them to the stable – and some of these people came from totally different directions. How is that possible?

We’re getting something in on the Nazareth woman who gave birth to this child. That may give us a clue to why this is such a big deal. Reading from an AP story now. She is identified only as “Mary” and her husband – assuming they are even married, and who knows at this point – is a man going by the name of “Joseph.” This woman is commanding a lot of attention and people are bringing gifts for her and the child. You heard me right, folks. Gifts for a baby born, from what we can tell, in a manger in a stable. Even the animals seem to be unusually deferential to this woman and child.

We just checked CNN – and they’ve jumped onto this story. Wolf Blitzer has reported that the local buzz in this little town – where is this again? – yes, in Bethlehem – the rumors circulating are that Mary is known to be a virgin. Well, folks, again – we usually avoid this kind sensationalism, but what can we do? ABC, CBS and NBC now have crews at the scene. The Associated Press has just published a piece written by a prominent medical doctor about the possibility of a virgin birth. Dr. Ben Carson says it would be what he called “a miracle” and that, if true, it would change all our preconceived notions about the origin of life on Earth.

We’re getting more word coming in about exactly who is visiting that stable. Apparently, major political figures have been turned away. Mary and Joseph are seeing only a select few. Some farm workers came from the fields and were allowed in. They said they were told of this “good news” by some sort of flying messengers.

OK, I’m not sure what’s going on here. A star guiding people to this stable? A woman who has refrained from any kind of sexual relations with her fiancé or any other man gives birth? Now we’re supposed to believe that angels announced this event? I must admit — this has become a quite intriguing story.

FOX News’ Shepherd Smith has just released an interview with the innkeeper in Bethlehem. According to Smith, he’s a little embarrassed for forcing Mary to have this child in his stable. But he said the census sign-ups being due had his motel completely full. The video shows this man falling down on his knees in tears. But why? It has something to do with this newborn. We’re getting new details…hold on…

Something about a king.

Well, that would be Herod. All right, here’s what we know. Herod has made his disgust known with regard to this baby and is not at all happy with the attention the baby is getting. The Associated Press says a “hit” has been put out on this child along with other male babies in and around Bethlehem. Apparently, Herod has sent three big shots out to the stable to confirm the goings on there and to report on the exact location.

Now we’re hearing that it was these three kings – being referred to in news reports as “The Magi” that brought expensive gifts for this child. Frankincense. Myrrh. And gold. What is the price of an ounce of gold right now? And how much did they bring? This is incredible!

Wait just a minute. We may have misinterpreted the usage of the word “king.” We were thinking only of King Herod – but some at that manger scene are referring to the baby as a king. How is that possible? And could that be why Herod wants him dead? Already there are rumors that Mary, Joseph, and the baby may be spirited into Egypt to avoid this death decree of Herod’s.

Where does this story go from here? What is significance of all this? At this point, no one really knows. But let’s assume for a moment that this woman, Mary, really was a virgin, and that a star actually guided people to this obscure location where they immediately fell on their knees. And let’s imagine that King Herod’s attempts to kill the child will fail.

Will this little baby (whose name has now been revealed as “Jesus”) actually become a king? If he does, how will he rule? With wisdom and compassion? – or will he simply become another Middle East dictator that brutalizes his subjects? I’ll say this. From what we’ve seen on this night coming out of news reports in Bethlehem, this could be a different kind of king.   Time will tell and we’ll continue to cover this story. Stay tuned.