The first sentence of any piece of writing is always the most important.

Don’t worry; I’m not about to stop writing just yet, but I would point out that I’ve already made it clear what this column is about. And that, gentle reader, is the problem I have with today’s newspaper “journalists.” It takes them too long to get to the point. 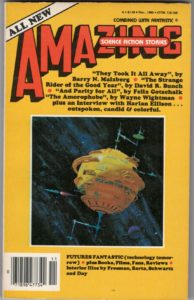 In today’s Great Metropolitan Newspapers, we are forced to struggle through endless paragraphs of someone’s “story” before we get to the meat. That’s not the way it’s done in good broadcast writing, nor (as a matter of fact) in good books and stories.

Whether we’re talking about great theological works — “In the beginning, God created the heavens and the earth” — or great fiction — “It was the best of times; it was the worst of times” — that first, establishing paragraph is most important. Well, it is if you want to hook your reader and induce him or her to continue.

I learned this in the newsrooms of radio stations like KNOW in Austin and WFAA and KRLD in Dallas back in the 70’s. A radio news story might be allocated forty seconds of airtime. You simply had to make the most of it, and no words could be wasted.

When the Dallas Cowboys cut their embattled place-kicker, I wrote this opening line:

“The Dallas Cowboys won’t have Effren Hererra to kick around any more.”

Sportscaster Bret Lewis opened his story about poor attendance at a baseball game this way:

“The Rangers played last night before family and a few close friends.”

These were beginnings that told part of the story, and set a sufficient predicate to keep a fickle dial-hopper wanting to hear more. In a long radio news career, I always looked for interesting ways to begin a story, and when I began to write books, articles, short stories, and newspaper columns, I continued in that practice. I have never done it any other way. 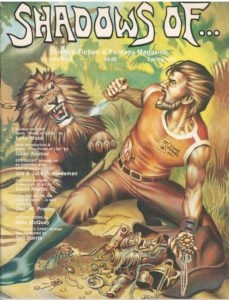 So I was quite gratified when I first read the book Danse Macabre by the great horror master, Stephen King. The book is about King’s favorite horror movies and stories, and he discusses the virtue of good opening prose. For example, could you put down a copy of Shirley Jackson’s The Haunting of Hill House after reading the establishing paragraph:

No live organism can continue for long to exist sanely under conditions of absolute reality; even larks and katydids are supposed, by some, to dream. Hill House, not sane, stood by itself against its hills, holding darkness within; it had stood so for eighty years and might stand for eighty more. Within, walls continued upright, bricks met neatly, floors were firm, and doors were sensibly shut; silence lay steadily against the wood and stone of Hill House, and whatever walked there, walked alone.

I’m already scared; but I want more. The prose is just tingling with excitement and foreshadowing. On the other hand, in his seminal novel, Blind Voices, Tom Reamy takes another approach. Setting the stage for the unnatural events that are to come, he opens up with a beautiful paragraph about the normalcy of a little town:

It was time of pause, a time between planting and harvest when the air was heavy, humming with its own slow, warm music. Amber fields of ripe wheat, level as skating rinks, stretched to the flat horizon and waited for the combines that crawled like painted-metal insects from Texas to the Dakotas. Dusty roads line with telephone poles made, with ruled precision, right-angle turns at section lines separating the wheat from green fields of young maize.

This description of the Heartland as a picture-perfect slice of Americana sets up a nice contrast for what happens when the freak show comes to town. Brrrr.

Short stories, too, need dramatic opening lines. In one of the most amazing science-fiction stories I’ve ever read, “For A Breath I Tarry,” Roger Zelazny proves his mastery of the great beginning:

They called him Frost.
Of all things created of Solcom, Frost was the finest, the mightiest, the most difficult to understand.  This is why he bore a name, and why he was given dominion over half the Earth.”

At this point in the story, you don’t yet know that Zelazny is writing about robots created by Man to guard the planet, and that time has passed and Man has long since vanished. You don’t know that, but you can’t wait to find out.

In Henry Kuttner’s brilliant “Mimsy Were the Borogoves,” the kids decipher the code in Through the Looking Glass to open up a door to another dimension. And that’s where the story opens:

There’s no use trying to describe Unthahorsten or his surroundings, because, for one thing, a good many million years had passed and, for another, Unthahorsten wasn’t on Earth, technically speaking. He was doing the equivalent of standing in the equivalent of a laboratory. He was preparing to test his time machine.

Kuttner’s story starts off with this uncanny description, and never lets down as it builds to a furious climax. (Admit it; you really want to know what happened, don’t you?)

Now, imagine, if you will, a travel agency that might sell you a ticket to paradise. The trick is getting them to cooperate. That’s the premise in Jack Finney’s classic “Of Missing Persons.” The sense of wonder in this story begins with the opening sequence:

Walk in as though it were an ordinary travel bureau, the stranger I’d met at a bar had told me. Ask a few ordinary questions — about a trip you’re planning, a vacation, anything like that. Then hint about The Folder a little, but whatever you do, don’t mention it directly; wait till he brings it up himself. And if he doesn’t, you might as well forget it. If you can. Because you’ll never see it; you’re not the type, that’s all. And if you ask about it, he’ll just look at you as though he doesn’t know what you’re talking about.

By the way, don’t start this story unless you have a few moments to finish it, because you won’t be able to put it down.

I hope you get similar effect from this next opening paragraph — because it’s from a story of mine called “A Stitch In Time.” It’s a tale about a man’s quest to find out how he survived his own death. I tried to set it up so that you’d want to read more:

In looking back on it all, I suppose the biggest hassle of my “experience” was dealing with my insurance adjuster. That, and filling out a myriad of government forms. Of course, reporters were very interested in my case also, but who could blame them? It’s not every day that someone returns from the dead!

The idea was to start out with a bang, and then try to make this outrageous premise seem real. You’ll have to find a copy of the November, 1980 Amazing Stories to see whether I succeeded.

By now, you should have a pretty good idea of how to craft a beginning that will provide a “hook” — much like a popular song would do — to grab the reader and hold his attention.

Now, see how many of these great beginnings you can identify, and see which ones make you want to read further:

I see…” said the Vampire thoughtfully, and slowly, he walked across the room towards the window. For a long time he stood there against the dim light from Divisadero Street and the passing beams of traffic. The boy could see the furnishings of the room more clearly now, the round oak table, the chairs. A wash basin hung on one wall with a mirror. He set his briefcase on the table and waited.

Scarlett O’Hara was not beautiful, but men seldom realized it when caught by her charm as the Tarleton twins were. In her face were too sharply blended the delicate features of her mother, a Coast aristocrat of French descent, and the heavy ones of her florid Irish father. But it was an arresting face, pointed of chin, square of jaw.

High in the crow’s-nest of the New White Star Liner Titanic, Lookout Frederick Fleet peered into a dazzling night. It was calm, clear and bitterly cold. There was no moon, but the cloudless sky blazed with stars. The Atlantic was like polished plate glass; people later said they had never seen it so smooth.

Who is there who has not felt a sudden startled pang at reliving an old experience or feeling an old emotion?
“I have done this before…”
Why do those words always move one so profoundly?
That was the question I asked myself as I sat in the train watching the flat Essex landscape outside.

As Gregor Samsa awoke one morning from uneasy dreams he found himself turned into a gigantic insect. He was laying on his hard, as it were armor-plated, back and when he lifted his head a little he could see his dome-like brown belly divided into stiff arched segments on top of which the bed quilt could hardly keep in position and was about to slide off completely. His numerous legs, which were pitifully thin compared to the rest his bulk, waved helplessly before his eyes.

The Time Traveller (for so it will be convenient to speak of him) was expounding a recondite matter to us. His grey eyes shone and twinkled, and his usually pale face was flushed and animated. The fire burned brightly, and the soft radiance of the incandescent lights in the lilies of silver caught the bubbles that flashed and passed in our glasses.

The temperature hit ninety degrees the day she arrived. New York was steaming — an angry concrete animal caught unawares in an unseasonable hot spell. But she didn’t mind the heat or the littered midway called Times Square. She thought New York was the most exciting city in the world.

Each of these works is well-known or considered a classic. So how many did you recognize? Which ones provided a “hook” to make you want to read more? Some of these opening lines were better than others, you say? You’re right, of course, but the writers who penned these classic lines are all world famous; some are thought to be masters. They knew how to get a story started.

Surely by now you have some ideas of your own. Fiction or non-fiction — it doesn’t matter. Jot down a few notes; do an outline; invent a plot; think up a compelling story. Now get to that word processor and write that opening paragraph. Once you have that Great Beginning, you may find it somewhat easier to craft a great piece of writing.

Oh, by the way, those opening lines above, in order, are from:

Anne Rice: Interview With the Vampire

Margaret Mitchell: Gone With the Wind

Walter Lord: A Night To Remember

Jacqueline Susann: Valley of the Dolls

Lynn Woolley is a Texas-based author, broadcaster, and songwriter.  Follow his podcast at https://www.PlanetLogic.us.
Check out his author’s page at https://www.Amazon.com/author/lynnwoolley. Order books direct from Lynn at https://PlanetLogicPress.Square.Site.
Email Lynn at lwoolley9189@gmail.com.