I and conservative Republicans all over the state are very disappointed with the Texas Republican House members who today decided in a closed-door, secret ballot to choose RINO Rep. Dade Phelan once again as the Speaker of the House. 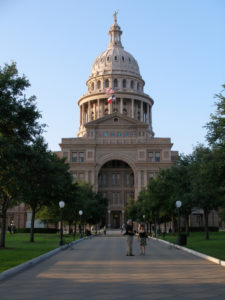 Evidently the Repubs feared Phelan’s team would use bullying tactics if they opposed him.

Rep. Tony Tinderholt threw his hat in the ring for Speaker. He is a retired Air Force major who just won a fifth term in the House and has one of the most conservative voting records of any other House member.

Rep. Tinderhold contacted each and every one of the Republican House members ahead of time and told them of his desire to be Speaker. Yet they failed to perform their due diligence today which reveals cowardice on their part.

The good news is that nothing is final yet as the actual vote by the 150 House members will be on the first day of the new legislative session – Jan. 10.

Please take the time right now to read my two short articles (links posted below) to see why it is vastly important to the future of our Texas children and to our entire state to elect Rep. Tony Tinderholt as the Speaker of the House.

Next, pick up the phone and contact your House Representative. Dem House Members also need to hear from you as well as the Repubs. They all need to know where you stand.

Remind the Repub House members how hard voters all over this state worked to make sure on Nov. 8, 2022 that our state leadership reflects the “red wave.”

How tragic if the progress we have made were to be stymied by the election of RINO Rep. Phelan once again as Speaker.

Remember that Repub Speaker Phelan gave away 40% of the committee chairs to Dems in the last legislative session.

Phelan also deliberately did not let the gender modification bill come to the floor of the House for debate nor for a vote even after the Texas Senate under Lt. Gov. Dan Patrick had passed it.

As we look around our state and watch the increase of Drag Queen events, the gender clinics springing up, the increase of horror stories from children who have undergone puberty blockers and/or had their sex organs chopped off (all irreversible), and the LGBTQ agenda running rampant in our schools and in our society, we have RINO Phelan to hold responsible for that.

Rep. Tinderholt should be the choice of all the Repubs if they truly want to live up to the Republican Party’s platform in which 81% of Republican primary voters (over 1.5 million Texans) voted to end the practice of awarding committee chairmanships to Democrats.

The Republican Party of Texas platform states: “Standing Committees shall be chaired by the political party in majority.”

At the Republican State Convention, the delegates voted to make banning Democrat chairs one of the top 8 Legislative Priorities. 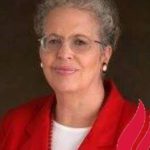 Donna Garner is a Waco-based activist and writer.