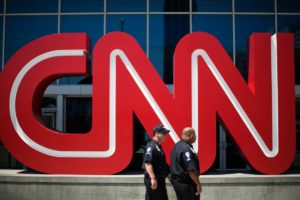 The same thing applies to journalists. I have called CNN’s Tapper “Fake Jake” for the crap that has poured from his mouth. But…

On CNN’s “State of the Union,” Tapper ended the show with a six-minute monologue blasting Apple, Nike, Disney, the NBA, and the International Olympic Committee for kissing the posteriors of the Communist Chinese Party in return for profit.

Tapper pulled no punches. He talked about the episode of “The Simpsons,” the one about Tienanmen Square that has been pulled by Disney+ to placate the Chinese government.

If Jake Tapper can call out the Chi-Coms on CNN, why can’t the rest of the world? The Epoch Times can’t do it alone!

Watch the Tapper video a couple times. Tapper is exactly on point. I’m no big Jake Tapper fan because he’s on a network that lies constantly. But not this time.

Tapper not only got it just right, he mentioned the biggest offenders by name. Tapper shamed the IOC, the NBA, and America’s best-known corporations. And he did it on CNN! That progress!

Maybe this is a turning point for CNN. Maybe now that the Chris Cuomo firing is a done deal, the network can rehabilitate itself by broadcasting truth. Tapper’s monologue is a great start.

The rest of the world could learn from this.

I’m talking about all the news networks and wire services, the Biden administration, talk radio, corporations like Nike and Apple, entertainment companies like the NBA, Disney+, Marvel and DC, and even Russia. Note that China would like to eventually take over Russia, whether Putin understands that or not.

Video:  Texas Sen. John Cornyn is also speaking out about the Communist threat from Red China.

It’s time the world got together – all of us – to end the Chinese communist threat. But China has a lot of people. That’s a lot of eyeballs for watching NBA games and Disney+. But this could be short-term financial gain for long-term enslavement. China is serious about world domination.

That’s why it’s nice that Jake Tapper told the truth about China. You’ll never hear it from LeBron James.