Biden’s disastrous withdrawal not his first

Joe Biden is famous for being wrong on just about every aspect of foreign policy. 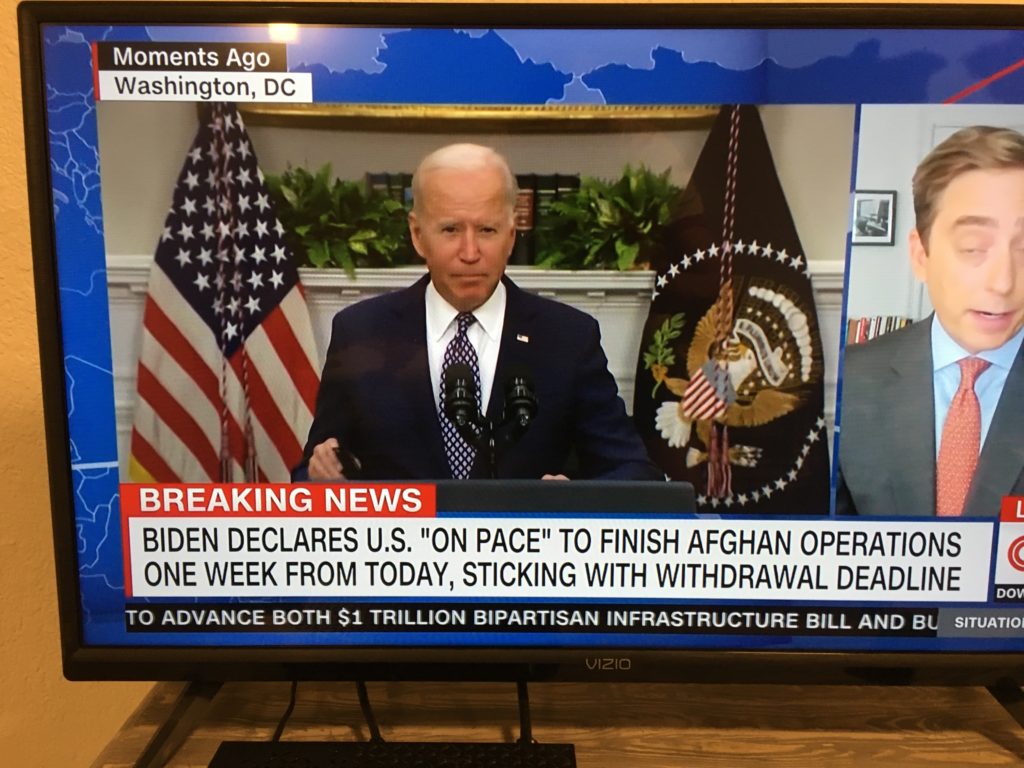 Even CNN isn’t happy with the president they helped elect. 8/24/21. (Photo by Lynn Woolley for WBDaily)

As we watch his debacle in Afghanistan play out, remember that President Obama put Biden in charge of the American withdrawal from Iraq in 2011. Pundit Marc Thiessen recalls:

The U.S. withdrawal created a vacuum that allowed the Islamic State to regroup, reconstitute itself and build a caliphate the size of Britain.

As ISIS took over, they raped the women, executed their enemies on video, and beheaded American journalists. Biden was a huge part of this. And already we’re seeing atrocities being committed by the Taliban.

Random Samplings of a Logical Mind is a service of the Texas Public Policy Foundation.

We can’t replace bad with worse.

If you follow my columns, you know that I have long ago concluded that Biden is not fit to serve. This has nothing to do with his dementia. Biden was never fit to serve. In his younger days, he was rarely on the right side of anything in addition to being a racist gaffe machine.

Video: Biden’s short speech on Afghanistan on 8/24/21 starts with “Build Back Better,” then segues to voting rights right bills before even getting to his latest withdrawal debacle.

Kamala Harris would be even worse. She has exhibited both before and after the election that she is not ready to be president under any circumstances. You may have noted that when the going gets tough, Harris gets out of the country.

Republicans must work with Democrats to remove them both, and install two moderates to fill out the term. For president, I’d suggest Amy Klobuchar. She’s liberal, but not bat-guano crazy like the pair we have now.

Perhaps a Republican could sit as vice president to balance out any compromise we might strike with the Democrats. I’d suggest Trey Gowdy who has proven himself to be logical, knowledgeable, compassionate, and intelligent on his new FOX News TV show.

Video:  Gowdy would get my vote to be a compromise veep.

One thing is for certain:

Three more years of Biden and Harris and the United States could be too far gone to save. We can’t let that happen. The world needs a strong United States of America with a POTUS and VOTUS that will restore our place on the world stage.