As churches go woke, you’re tempted to ask the question: what’s the point?

Churches have always existed to promote the Word of God and to encourage fallible humans to adhere to it as much as possible.   Now, thousands of churches are actually promoting abortion, homosexuality, and transgenderism.

Cruise around downtown Austin and the University area and you’ll see churches sporting rainbow flags, and even supporting “transgender kids.” This is “inclusiveness” taken to the extreme, and already a major denomination – United Methodists – is splitting apart.

One side will remain with the Bible while the other glorifies diversity, equity, and inclusion. America will be poorer without churches to act as a moral compass.

What will our society become without God?

That is the question of our times. As I wrote back in 2003 in the book Clear Moral Objectives, America has always been a nation under God. That’s not codified into law of course, but it’s been our guiding light. Churches have always existed for two primary purposes:

To proclaim that there is a God, that He is good, and that He has prepared a place for us when we die.

To serve as a guidepost to keep us on the path of righteousness so that we do not fall into the squalor of free sex, drugs, crime, depravity, and socialism.

Look at where we are as we continue to separate from the Church. 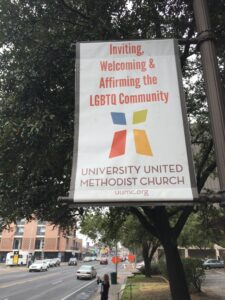 Abortion, which has become rampant, has almost certainly taken the lives of countless children who would have grown up to become important members of society – doctors scientists, archaeologists, perhaps another Lincoln or Reagan.

They’re dead, so we’ll never know.   In a Godless society, life is not revered.

Homosexuality, now stylized as “gay” or LGBTQIA has become so normalized that some public schools now bring in “drag queens” during their yearly “Pride Month” celebrations.

The gay community, learning from politicians, chose a word (pride) that is the opposite of shame.   They chose that word for the same reason that Democrats call an inflationary spending bill the “Inflation Reduction Act.”

I’m not going to quote scripture, but it’s safe to say that the Bible is not fond of homosexuality. When a man has a husband and a woman has a wife, and a Supreme Court justice cannot identify what a woman is, we have crossed a dangerous line.

My own view is that gay people have always been with and always will be, so live and let live.

But when a battle is essentially won, in this case general acceptance of the gay lifestyle, the Left always pushes the envelope. They now try to normalize the idiotic and dangerous idea that young children should be allowed to somehow transmogrify to the other sex. In a Godless society, why not? 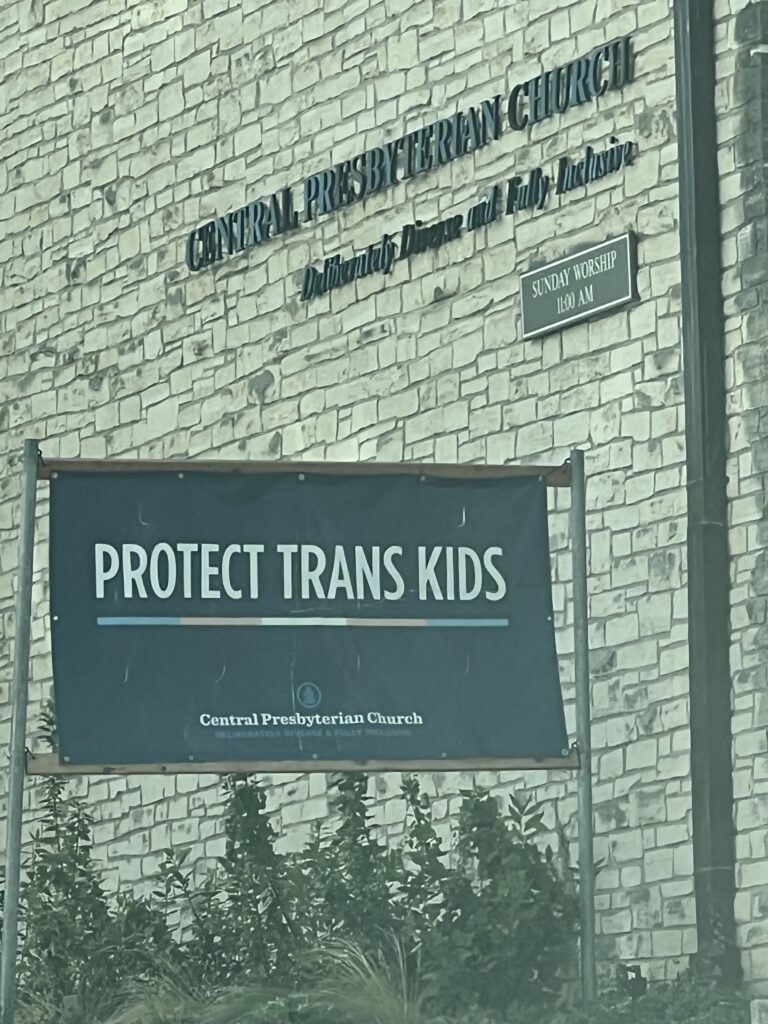 I might note at this point that a Presbyterian Church in downtown Austin posted a sign that read:

They may very well need to be protected from this church.

Meanwhile, look at our streets, our crime-ridden inner cities led by the violence in South Chicago, drug addicts building tent cities in urban areas where people have to dodge feces and used syringes to walk down a street.

What happened to parents? Where are our fathers? Where are real men who could fight the next war against Russia or China if it comes to that? Where is the Church?

Some traditional churches are fighting back.

I grew up in the United Methodist Church, and I can recall some rousing sermons – especially during revivals. I was a child when a visiting pastor looked out into the crowd and shouted:

Are you in the Lamb’s Book of Life?

But then another pastor, years later preached on the idiom that “I’m OK; you’re OK.” I wish I could recall his point, but that line stuck in mind and makes me wonder if it’s not the motto of too many churches.

The church is supposed to be reaffirming, but there’s a right way to reaffirm. Everything people do is not OK.

Buzz Rahm was quoted in the Temple Daily Telegram about why the church was considering breaking away:

“They’re talking about LGBTQ, but that’s only the tip of the iceberg,” Rahm said. “They’re teaching that Jesus Christ was a wonderful teacher but not the Son of God. They’re saying that the Resurrection didn’t happen. That the Crucifixion had nothing to do with salvation. Progressives have a watered-down Christianity, and we would prefer to go back to traditional things that I grew up with.”

Pastor Tom Robbins says gay people would continue to be welcomed after the church break-away from the United Methodists. But he stated that some things simply go over the line, as quoted in the article written by Christian Betancourt.

“Some of it it’s very disturbing,” Robbins said. “Some of the most shocking things were actually not included in this video. What you would see is a worship service at Duke Temple, which is a United Methodist Seminary, to ‘Our Queer God.’ You also are going to see worship made by a drag queen.”

Many other churches are facing this same decision, and that’s not limited to Methodist Churches. They’re asking the same questions we’re asking here. 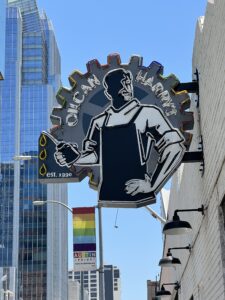 Is it the responsibility of any church to bend with the current times and culture like a “living Constitution,” or are the values of Christianity sufficient to guide us through the ages? What is the role of the Church in modern times where government is often worshipped more than God? Is God even relevant anymore?

How about this question?

Would the divisive issues of a baby’s right to be born, human sexuality, homelessness, drug addiction, rampant crime, and creeping socialism be better served with an active, traditional Church that isn’t shy about promoting traditional values?

That’s not where we are heading, if signage on big-city churches is an indication. In fact, we seem to be moving toward a more Godless society. Churches, like some major corporations, are becoming more and more woke, and in some cases may even be grooming young children for “transitioning.” Society doesn’t really need the Church to do that. We already have the public schools.

Trigger alert:  The vampires, ghosts, and private eyes depicted in this book are not woke.