Andrew Wiggin would give Putin an “Oh Crap!” moment

One aspect of military strategy, of which I admittedly know very little, is to make your adversary wish he’d never been born. This is the special talent of young Andrew Wiggin, also known as “Ender,” in Orson Scott Card’s 1985 novel, Ender’s Game. 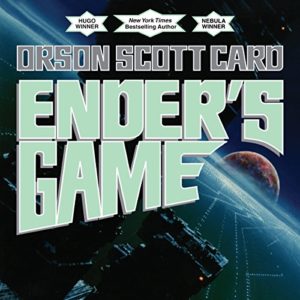 In the book, Ender is primed to take on an invading force known as the Formics.

Ender outmaneuvers the invaders at every turn, and ultimately wins the war.

We don’t have Ender. We have Joe Biden.

In the Russia-Ukraine war, Biden seems clueless, constantly telling Vladimir Putin precisely what the United States will do – and what it won’t.

Unlike Ender, Biden makes a mockery of Reagan’s “peace through strength” strategy.

What is “peace through strength?”

It may mean different things to different people. But to me it means exploiting your enemy’s weakness. Find what they are, and then pour it on. Be unrelenting. Make the enemy hurt. Cut off his money and his supply line. Anticipate his moves and be ready for them.

What did Biden do?

Not much of anything but promise some sanctions that didn’t work and never were going to work. Biden seems more concerned about Climate Change and his left-wing base led by The Squad.

True to form, he dithered, Neville Chamberlain style, until Putin realized that the American president was not a worthy opponent. We all heard Biden’s team, led by Secretary of State Antony Blinken, says that if we imposed sanctions early, that would take sanctions off the table. Huh? That sounds crazy!

So we waited for the invasion, and we got one, and then we imposed minor sanctions. They may be painful to an extent, but as I said on the Cardle & Woolley Show on Talk 1370 (Austin), Biden should have rallied our allies and then he should have thrown the book at Putin weeks ago. The Free World could have put the hurt on him early, but no.

The Germans need Russian energy, so it was far too late when the Germans decided to sanction the Nord Stream 2 pipeline. Of course, we all know that Biden cancelled the Keystone XL Pipeline here in the States, and has suppressed drilling on federal land. This was done in name of Climate Change to appease people like Alexandria Ocasio-Cortez.

Biden took less than a year to destroy America’s energy independence that we gained under Trump. And it took slightly longer than that for Putin to invade Ukraine.

What would Ender do?

Or for that matter, what would other superstars of military strategy do if they were real people or were still alive?

Ender was a young boy in the novel who was trained on computer simulations – video games – and he always won them. His handlers kept making the scenarios harder and harder. Ender always found a way to win. His last “training” exercise turned out to be the real thing. He virtually destroyed the Formics.

Ender was a fictional character, but if he were real and in charge, Putin might have woken up dead some morning with Moscow smoldering. Note that in the real world, that might not be advisable, but why wouldn’t you want your adversary think you have the capability and the will?

What would Sun Tzu do?

Let’s say he really existed in the 5th Century, B.C. and wrote the military treatise we know as The Art of War. Here is one of the major tenants of the book:

It teaches commanders the importance of recognizing strategic opportunities, and teaches not to create opportunities for the enemy.

This is far beyond Joe Biden’s ability to comprehend. We all remember Joe going on TV to tell the world and Vladimir Putin that the United States will never put a boot on the ground in Ukraine. Perhaps that is true, but to tell Putin that ranks with the stupidest of all military blunders. Sun Tzu would have never given that tidbit of information out. Biden showed weakness, and that emboldens Putin.

Sun Tzu writes about how to exploit the weaknesses of the enemy. My guess is that Putin has read The Art of War and Biden has not.   I also imagine that the “Master Sun,” were he advising us today, would know every one of Putin’s weakness from his military capabilities to his economic situation and would have already exploited them. 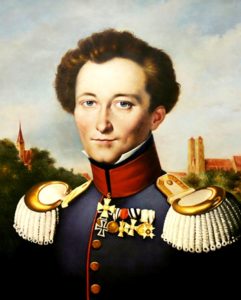 What would Karl von Clausewitz do?

Von Clausewitz never finished his book On War, but still we have a decent amount of understanding of this Prussian general who died in 1831.

We know that he was a master of different types of warfare including offensive and defensive war, flanking, and guerilla.

In fact, I always tried to use his tactics when I was in the advertising business. Marketing is, after all, war. Advertising people use the language of war. They conduct campaigns. They target customers. They protect their territory.

I can’t tell you how many times I’ve read Marketing Warfare by Al Ries and Jack Trout.

Without a doubt, von Clausewitz would have analyzed Ukraine’s ability to defend its territory, and would have made strategic decisions on what type of war to engage in.

Those decisions would have been affected by what the rest of the world was willing to do. I imagine he would be prepared for guerilla warfare to repel the Russians from Ukraine, given the relative size of the two armies. Von Clausewitz was a realist in addition to being a brilliant strategist. 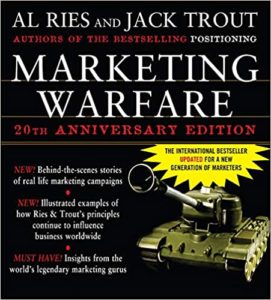 I doubt that von Clausewitz would be concerned about Climate Change at this point, given the role that energy is playing in this war.

What would YOU do?

Imagine yourself as the Leader of the Free World in the current situation. I’d want to play it close to the vest.

I would not give Vladimir the slightest inkling of what I might or might not do. In fact, I would put out disinformation to confuse him.

I would have slapped every possible sanction on Putin before he invaded, not to deter him, but to weaken him. A dictator whose country is falling apart from sanctions is in no position to invade any country.

I would search for that “Oh Crap” moment – the very second in which Putin would begin to wish he’d never been born. So I would hit him on multiple levels.

Alaska is 55 miles from Russia, but most of the Russian population is way over on the other side of this vast country. I would send a few thousand troops to Alaska and position them on the coastal areas nearest Russian territory. This would be just to give Putin something to think about. Or worry about.

Biden moved a few troops around, and that’s good. But he made it a point to promise Putin that we’d never use those troops.

I would have made it clear that nothing is off the table and never will be.

Why in the hell would a U.S. president take anything off the table and embolden an adversary? Why would he talk about “minor incursions” as if they would be no problem?   That’s beyond dumb.

I’d scramble a few jets and send out some submarines not only in places that might get Putin’s attention, but also to the South China Sea area so that Xi Jinping would understand that we’re still watching him. I would tell Iran’s ayatollahs to go to hell with regard to reentering Obama’s nuclear deal.

I would work with allies – firmly – to cut off ALL imports and exports to Russia. No oil, gas, wheat, vodka, nothing could come out or go in. No commercial jets going in or out. And of course, I’d move to cut him off from funds, as Biden has done, but far too late.

Finally, maybe I watched too many James Bond movies or The Man From U.N.C.L.E., but I’d make Putin worry about an assassination attempt. He’s already paranoid, sitting socially distanced whenever he’s making a televised speech from Moscow. Let Russian intel know that we’d like to slip Vlad a tasty Polonium 210 milkshake. That would play with his mind.

I’d also declare him a war criminal and try to get a message to his troops that they may be tried at some point for war atrocities. It’s already rumored that many Russian soldiers are skeptical about the invasion. Let’s jump on that.

Naturally, our “allies,” in quotes because too many of them are in bed with Russia with regard to energy, pipelines, and other entanglements, would have to knock it off. Trade with Russia later. Defeat Russia now.

It goes without saying that I would start up the Keystone XL again, and drill like hell so that we can help supply our allies with energy that would replace what they’d been getting from Putin.

The current Leader of the Free World has no concept of that.

There’s no military strategy herein, but Joe Biden should read it anyway.