A Classical Education: What it means and how it’s changing

Editor’s Note:  This article is part of a series written for The Epoch Times and its “American Promise” program.  This article was written on October 28, 2021.  Used by permission.

It would make a fascinating academic study: why, after centuries of acceptance as the proven method of teaching young children to learn and older children to think, would a segment of society seek to change what is known as a classical education?

And why is this happening now? 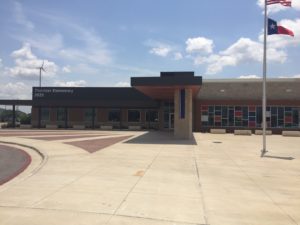 An elementary school. (Photo by Lynn Woolley for WBDaily)

What is taking place in America and in other parts of the Western World that has led so many academics to challenge bedrock realities of science, social science, and economics? In short, why are we now teaching our children to believe the unbelievable?

Whether it makes sense or not, many schools are teaching the unthinkable: that America is nation born in racism that persists even today; that Marxism, socialism, and even Communism are more “fair” than capitalism; and that the idea of sexual assignment at birth is not based on alignment of chromosomes, but is nothing more than a societal construct.

These things are simply unbelievable.

But your children may very well believe them, depending on where they attend school and how “progressive” your school district is.

This education fad is not new, but has gained acceptance as various interest groups push the envelope of “progress” and as world events seem to fall in line. Cases in point: the killing of George Floyd, which set off massive racial demonstrations leading to more emphasis on race in schools; the current Lesbian-Gay-Bisexual-Transgender movement, which utilizes the methods of the Civil Rights movement and was supported by the Obama administration; and the infiltration into our schools of Marxism, socialism and Communism.

That these types of movements occur in society is neither unusual nor surprising. But traditionalists become concerned when this ideology enters into school curricula as we are currently experiencing. For the past few decades, public schools have been able quietly to teach leftist thought and remain under the radar. What we are seeing now across America is nothing short of a revolution, as parents are demanding a say in what their children are being taught.

These parents may not use the term, but they are seeking a return to the concept of a classical education.

Under this type of system, the youngest children learn by memorizing, reciting, and singing. As they grow older, they learn about the logic behind what they have learned. As they reach high school age, they learn to reason and make decisions on their own. They learn how to think and how to become independent adults.

In order for this progression to work its magic, the education establishment must understand how our minds develop, and use age-appropriate materials and methods, always expanding the knowledge base as a child develops.

In a classical education, we utilize learning aspects called the trivium: grammar, logic, and rhetoric.

The grammar stage, grades K-6, memorize such things as multiplication tables and vowel sounds. They practice phonics and diagram sentences. They recite and sing, and typically recall what they learn forever. In the logic stage, grades 7-9, students naturally begin to question what they have learned. They learn reasoning and logical thinking, and they may engage in debate. They understand the transitive property [If A=B and B=C, then logically, A=C]. In the rhetoric stage, grades 10-12, they should be learning to be independent thinkers, who can write persuasive theses, master the art of public speaking, and move into college and adulthood.

After the trivium come the mathematical arts of the quadrivium. These are the logic-based areas of arithmetic, geometry, music, and astronomy. Together the trivium and the quadrivium form the 7 liberal arts that are based on thinking skills. Once learned, students usually move to higher education and take up the practical arts like medicine and architecture.

Classical education has been the foundation for many of the world’s great thinkers and leaders.

But in today’s society, the concept of “progressive education” seeks to replace it. In our current state of education, if parents desire a classical education for their children, they typically choose a private or charter school, or they homeschool. Parents who can’t afford those alternatives or who may desire a progressive education simply send their kids to public schools.

The fact that classical versus progressive education models has become such a nationwide issue in the United States just in recent months is something of a miracle. The public school system, after becoming a mecca for progressive thought, tends to teach ideology without consent of parents. This is what has caused the firestorm.

Ground zero of the new parents’ movement is in Loudoun County, Virginia.

Parents became concerned about the “woke” teaching of an education fad called Critical Race Theory (CRT) that holds that American history should be taught through a racial lens. When parents objected, school board meetings became rowdy with parents demanding a say in what their children are taught.

Loudoun County schools also developed a progressive policy with regard to transgender students. After a boy in a skirt was accused (and later convicted) of raping a 9th grade girl in the girls’ restroom, the school board and superintendent attempted to cover up the incident. They sent the boy to a different school where he was allegedly involved in a similar event. The rape victim’s father complained before the school board and was forcibly removed and arrested.

A candidate for governor in Virginia denied that Critical Race Theory is being taught in the state.   However, CRT takes many forms. It may come through the teachings of Ibram X. Kendi, who is a self-styled “anti-racist” academic at Boston University. It may be taught as the “1619 Project” of Nicole Hannah-Jones and the New York Times that reframes American history as conceived in slavery. It may come through ethnic studies programs such as black studies or gender studies. It may come through a program from the Anti-Defamation League (ADL) called “No Place for Hate,” which is radically progressive.   It may come through the policies of the district’s DEI officer who typically makes a six-figure salary and advises the schools with regard to Diversity, Equity and Inclusion.

All the new progressive education methods are a world apart from a classical education.

That’s why we’re witnessing parents’ rebellions in Virginia, Ohio, Texas, and many other states. Some states such as Texas have passed laws banning the teaching of CRT. Teachers unions and school board associations often vow to find ways to circumvent those laws.

While the Progressive Education movement concentrates on such things as slavery, ethnic grievances, blowing up gender norms, cancel culture, diversity, rewriting history, and all things having to with race, a classical education looks to the inspirational.

Through a classical education, children grow into adulthood learning how to construct a sentence, how to write a thesis, how to conjugate a verb. They learn correct grammar and how to speak clearly. They read the great classics from Pride and Prejudice and To Kill a Mockingbird to Lord of the Flies. They read studies of society such as 1984, Animal Farm, and Atlas Shrugged, and from each of these books, they learn. They learn not only how to read, but to love reading as one of life’s greatest pleasures.

If your teen-aged child comes home wishing he or she “would have” done this or that instead of “had,” or can’t get through a sentence without using the word “like” 4 or 5 times, that’s a bad sign. If your child seems confused about his/her sex, you should worry. If your child has no idea that slavery has ever existed anywhere in the world except in America, that’s not good. If your white child thinks he’s an oppressor or your black child thinks she’s oppressed, that’s progressive education.

A classical education is designed to teach students how to think and to provide them with the tools to reason and use logic. A progressive education teaches children what to think and how to attach a racial or sexual angle to any issue.

The turning point in American education has arrived and parents by the millions are not happy with what public schools are selling. The movement may have begun in Loudoun County, but it’s all over the country now. It’s become apparent that the two sides will not compromise – after all, if you believe that America is awash in white supremacy, how could you compromise?   That means the issue will be decided by what parents do. They will either remove their children from public schools, they will take over the schools and reform them, or they will give in to the progressive education establishment.

It is interesting to think that if the parents’ rebellion is ultimately successful, the progressive education movement may very well be studied for generations as part of a classical education.